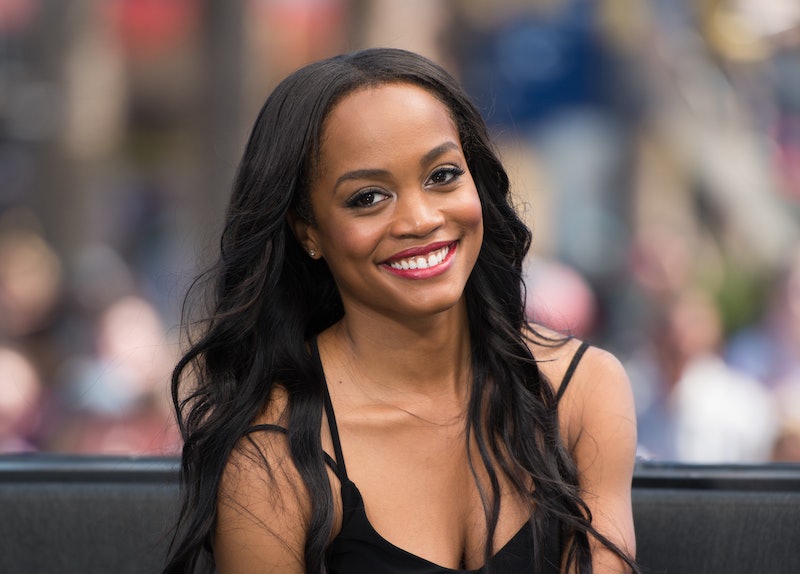 Hours after The Bachelorette premiered and ushered in a Chris Harrison-less season, it became apparent that this is just the beginning of a new era for the ABC franchise. As Deadline reported on June 8, after 19 years of hosting, Harrison exited The Bachelor and its spinoffs and walked away with an eight-figure payout. Harrison, who stepped back from his hosting duties this spring following his defense of Rachael Kirkconnell, reportedly made a “promise to keep his mouth shut” as part of the deal. That said, he took to Instagram this afternoon to say his final goodbyes to Bachelor Nation.

Along with a picture of him on set, Harrison wrote, “I’ve had a truly incredible run as host of The Bachelor franchise and now I’m excited to start a new chapter. I’m so grateful to Bachelor Nation for all of the memories we’ve made together.” He concluded, “While my two-decade journey is wrapping up, the friendships I’ve made will last a lifetime.”

In the comments section of his post, Bachelor franchise alums swiftly offered him words of encouragement and support. JoJo Fletcher wrote, “Love you my friend ❤️,” as Tanner Tolbert added, “Won’t be the same with you!” Sean Lowe commented, “It will never be the same. Love you buddy,” and Arie Luyendyk Jr. shared, “Love you brotha. On to bigger and better things.”

Colton Underwood also joined in and wrote, “Love you Chris. Thank you for your friendship.” And Becca Kufrin expressed, “Wishing you the best in your next chapters, Chris. So much love.”

Ashley Iaconetti posted a lengthier comment and expressed, “It will never be the same. Truly the end of an era. Thank you for all the years of hard work and love you put into the show. I have a lump in my throat writing this. Can’t wait to see your next move. I love you.”

And new Bachelorette co-host Kaitlyn Bristowe shared, “You are truly irreplaceable as a host, thank you for all the years you put into this show and making it what it is. No one does it quite like Mr. Chris Harrison.”

Speaking to Extra’s Billy Bush on June 8, per People, former Bachelorette Rachel Lindsay — who notably conducted the interview with Harrison that sparked his racism controversy — said she was surprised to hear about his official exit. “I wasn't expecting for it to happen, not after the announcement [of him temporarily stepping down],” she said. Noting that fans can only “speculate” at the cause for his departure, she offered her own thoughts on what officially sparked the end of his Bachelor run.

“I think several past contestants coming forward and saying they didn't want him to be part of [Bachelor In] Paradise. I think Katie Thurston, her very last tweet before she went to film her season was that Chris needed to step away,” continued Lindsay. “I think that, coupled with the interview that happened on this very stage, maybe led to him not coming back.”

Lindsay also noted that Harrison’s exit could’ve been in the works for more time than viewers may think. “Well, it's been 19 years, and if you do watch the show, we saw less and less of Chris,” she said. “Nineteen years is a big accomplishment. Maybe that's the case. We don't know. Maybe they were ready to move on.” Reiterating her previous statement that she accepts the former host’s apology for his actions in their interview, she added: “I still stand by that. I do. I think that's the way to move forward.”

As of now, it’s unclear who will become the permanent host of the franchise or if ABC will continue to cycle through different celebs and series leads. When it comes to Harrison, time will tell what he does next with his career.