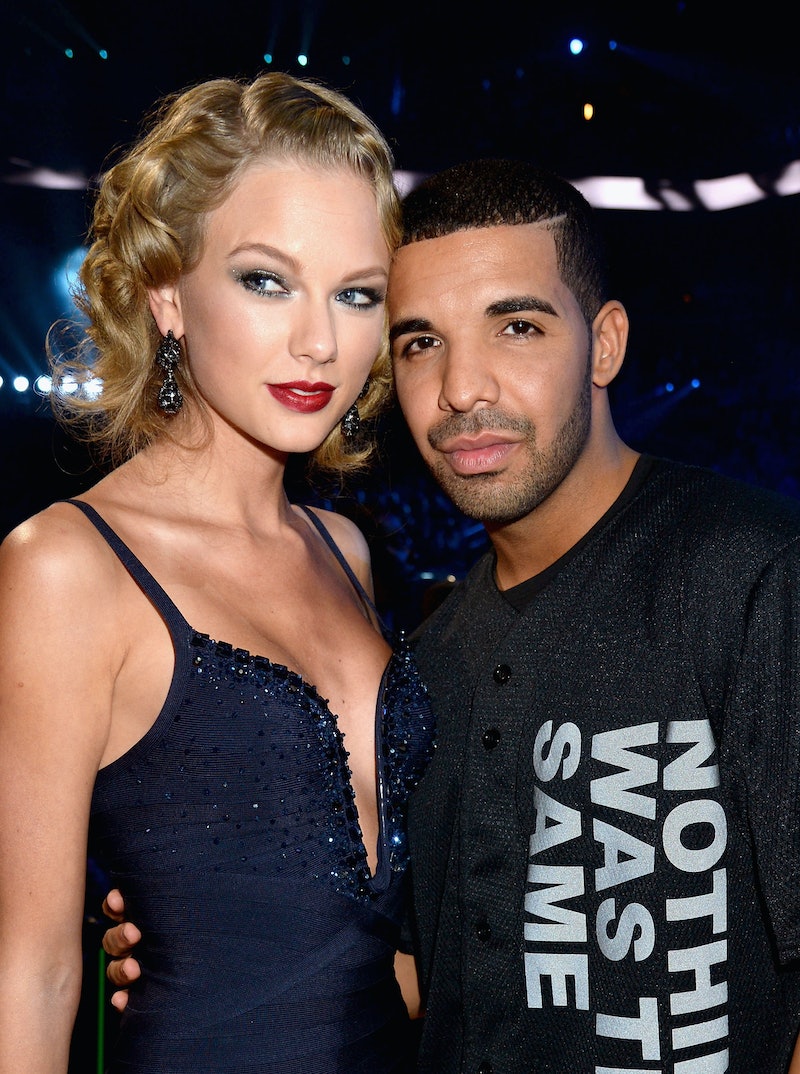 Rumors about a Taylor Swift and Drake collaboration have swirled for years, dating back to her 1989 era in 2014. Nearly eight years later, fans think it may finally be happening. Drake sent social media, specifically Swifties, into a frenzy when he shared a throwback photo with Swift as part of his Instagram slideshow on April 18. “They too soft to understand the meaning of hard work,” he captioned the post, which immediately sparked new speculation about an impending collab.

Swift working with Drake wouldn’t be too random given how far they go back. The two seemingly met at the 2013 Video Music Awards, where they hugged and posed for photos in the crowd. But Drake expressed his fandom long before, telling Extra at the 2010 Grammys that he owned a Swift T-shirt. In 2016, Swift ran on a treadmill while rapping Drake’s “Jumpman” for an Apple Music ad, before she proceeded to fall flat on her face. Drake returned the favor by working out to Swift’s “Bad Blood” in another Apple Music commercial. That year, Swift also attended Drake’s 30th birthday party, which sparked (very false) dating rumors.

READ NEXT: All 15 Of Taylor Swift’s Vault Songs, Ranked

Most recently, Swift gave Drake a shoutout on her 2019 Lover track “I Forgot That You Existed,” singing, “In my feelings more than Drake, so yeah” in a nod to his 2018 single “In My Feelings.”

The throwback photo invigorated fans, who swiftly responded with memes and tweets.

Fans then started wondering if a collaboration was on the way, and speculated whether Drake could appear on one of Swift’s highly anticipated “Taylor’s Version” re-recordings. Previously, there were rumors of a collab between the two in 2016, a year before she released Reputation, leading some to believe that he will appear on Reputation (Taylor’s Version). But because that album can’t be recorded until November 2022, and Drake’s photo with Swift is the fifth slide in his slideshow, some fans are theorizing that he might feature on the re-recording of her fifth studio album 1989.

It’s also possible that Drake just shared the throwback snapshot just for the hell of it. As with all things regarding Swift, fans will just have to wait and see what happens.