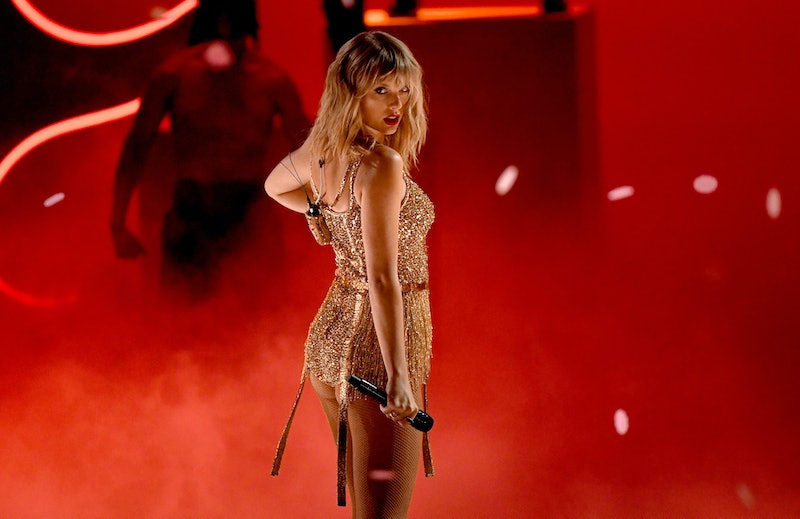 Taylor Swift is bringing back songs from the dead. For the Taylor’s Version re-recordings of her first six albums, Swift has unearthed songs that she had previously written or recorded during the original sessions for each album but didn’t make the final cut. Now, she’s brought them back to life as “From The Vault” tracks with the help of longtime collaborator Jack Antonoff, Folklore and Evermore co-producer Aaron Dessner, and some surprise duet partners.

For her first re-recorded album, Fearless (Taylor’s Version), Swift brought on fellow country artists Keith Urban and Maren Morris to back her up on three of the album’s six Vault tracks. The singer expanded Red (Taylor’s Version) to include nine Vault songs, three of which feature Phoebe Bridgers, Chris Stapleton, and close friend Ed Sheeran. Each unreleased track gives some additional insight on where Swift’s mindset was when she was writing the record, or where each album may have gone had Swift went in a different direction.

For fans who still need a handle on these new yet vintage songs, here’s a completely subjective ranking of Swift’s “From the Vault” tracks thus far, based on each song’s lyrics, production, and whether they were worthy of a spot on her original non-Taylor’s Version albums.

NOTE: This list will be updated as Swift unveils more of her re-recordings, from her self-titled debut album to 2017’s critically acclaimed Reputation.

“Bye Bye Baby” may have been a fitting closing track on Fearless based on its title. But it’s not hard to see why Swift left it off the album. As pleasant of a breakup song as it is, it pales in comparison to the uplifting spirit of Fearless closer “Change” or the ferocity of “Forever & Always.”

If you told a Swift when she was 18 that she would be duetting with country legend Urban on “That’s When,” she’d probably be ecstatic to leave it behind for the next 13 years. It’s an immediate country ditty that proves Swift can come up with pop hooks in mere seconds.

Swift experimented with genres more than ever on Red, but “I Bet You Think About Me” is as country as country can get. It’s biting, sarcastic, vengeful, and brutally honest, as all great country songs are. But given how much Swift expanded her horizons, resulting in masterpieces like “State of Grace” and “Red,” it’s understandable why this was left in the vault until now.

Swift displays the start of her wise-beyond-her-years country songwriting on “We Were Happy,” which delicately traces the end of a loving relationship without discarding the great memories. It doesn’t quite fit with the unapologetically youthful energy of the 2008 Fearless album, but with Dessner’s soft touch and Urban’s backing harmonies, it becomes a lovely flashback in 2021.

In 2018, Swift gave “Babe” to country duo Sugarland, who turned it into a theatrical portrait of infidelity with Swift on background vocals. For Red (Taylor’s Version), Antonoff gave “Babe” a lighter touch, with summer-y guitar, lush trumpets, and processed harmonies soundtracking Swift’s woes of betrayal. The production and lyrics are top-notch but feel at odds with each other, which may have been alleviated with Sugarland’s dramatic country instruments.

Much like “Starlight,” the penultimate track on Red, “The Very First Night” perfectly straddles the line between Swift’s country roots and catchy pop melodies as she breathlessly recalls one glorious night with the wonder of a five-year-old girl at Disneyland. “Starlight” was the correct choice for Red, with “Taylor’s Version” only amplifying its whimsical magic, but “The Very First Night” would’ve been a welcome bonus track.

“You All Over Me” is essentially the unheard prequel to “Clean,” the standout closer of 1989, where Swift examines the scars and bruises from her last relationship that she just can’t wash off. It almost feels too mature for the 2008 Fearless album, which is remarkable considering Swift wrote it before she turned 19, but her singing it with the wisdom of a young adult more than 13 years later is a stroke of genius.

Swift and Sheeran have collaborated multiple times (with a remix being rumored next), but their best team-up wouldn’t be released until nearly a decade after they wrote it. “Run” is pretty quaint and stripped back compared to “Everything Has Changed,” the hit duet that would end up on Red. But what that one missed was the duo’s soaring harmonies, which “Run” provides in spades. Frankly, they’ve never sounded better together.

Often, the most depressing songs sound the most joyful. Swift tends to wear her emotions on her sleeve, happy or sad, but “Forever Winter” proves that she’s just as excellent at wrapping sadness in sunshine. Co-written with Foster the People’s Marc Foster, the sympathetic yet vague lyrics could be interpreted as the story of an abusive parent, a gay kid’s coming out, or a severe bout of depression. But no matter what, Swift will always be there with a smile.

Saving “Don’t You” for Fearless (Taylor’s Version) was one of the smartest decision 18-year-old Swift ever made (even if she didn’t know it at the time). The song’s premise of longing and uncertainty may have been a natural fit on Fearless, but Antonoff’s ’80s prom-inspired synths and instrumentation sends “Don’t You” to the high heavens and cements it as a standout in Swift’s catalog. That sonic world just isn’t somewhere she would’ve gone in 2008.

“Message In A Bottle” was reportedly the first song Swift wrote with Max Martin during the Red sessions, and it only proves she was ready to cross over into pop years before 1989. It’s got the endless hooks, pristine ’80s synths, and sheer exuberance that would define her first pop album. It could even replace “22” on Red and nothing of value would be lost (sorry, fans who just turned 22).

“Nothing New” would’ve been regarded as one of the finest songs in Swift’s repertoire if it was on Red. Swift’s worries about losing her relevance as an artist is a perspective few musicians dare to express openly, but she managed to voice these fears so eloquently at such a young age. Hearing her sing these words at 22 may have left a larger impact, but adding Bridgers, a younger indie artist who can vouch for these emotions, to the Vault version only sends its message home.

Swifties should sue Swift for keeping this song in the vault for more than a decade. Not only was “Mr. Perfectly Fine” worthy of a spot on Fearless, but it would’ve been pop radio catnip following the crossover successes of “Love Story and “You Belong With Me.” It’s among the most clever, witty, and catchy songs Swift has ever written, with each new moniker that she coins being even more clever than the one before it. Plus, Swift singing this to Joe Jonas while the wounds were still fresh could have made pop culture history.

On one hand, hearing Swift sing “Better Man” with the maturity of a 31-year-old woman is satisfying after she gave the song to Little Big Town in 2016. But also, “Better Man” should have made the Red tracklist. Swift passionately wails about how much she misses her ex as only she could, before perfectly summing up why she ended things: “I might still be in love if you were a better man.” Dessner only elevates the song, adding dramatic strings that amplify the classic country storytelling. It’s one of the best breakup songs she’s ever written, and it would have made the perfect counterpart to the No. 1 song on this list.

Fans have been clamoring for the 10-minute version of “All Too Well” after Swift let it slip that she wrote 10-minutes worth of material for the song before chopping it in half for the Red album. Frankly, it may not have lived up to the hype. Rolling Stone placed “All Too Well” at No. 69 on its recently updated 500 Greatest Songs of All Time list. Perhaps she discarded those extra lyrics for a reason. The lengthened version had the potential to lessen the impact of Swift’s intricately detailed storytelling and sheer devastation that makes it favorite for fans and critics alike.

But on “All Too Well (10 Minute Version),” Swift proves how foolish it is to bet against her. She gives fans surprising melodic switch-ups and even more vivid variations of that anthemic chorus. The fresh verses provide even more context for Swift’s emotions, as if she’s wringing out every last point of resentment before letting her ex go. And the new outro is just heavenly, as she desperately tries to make sense of the damage he’s caused. Swift managed to expand a well-written breakup story into an all-out tale of betrayal and reckoning (plus an excellent self-directed short film). Rather than ruin its legacy, “All Too Well (10 Minute Version)” has become the definitive version of what many argue is Swift’s best song.

This post will be updated as more “Taylor’s Version” albums are released.

More like this
Watch Kelly Clarkson Sing A Taylor Swift Breakup Song About A Toxic Relationship
By Alyssa Lapid
The Ticketmaster Senate Hearing & Taylor Swift Tickets Debacle, Explained
By Jake Viswanath
Taylor Swift May Miss The 2023 Grammys For Reasons Fans Know “All Too Well”
By Jake Viswanath
Jay-Z Is Performing At The Grammys, Meaning Beyoncé Might Actually Show Up
By Jake Viswanath
Get Even More From Bustle — Sign Up For The Newsletter
From hair trends to relationship advice, our daily newsletter has everything you need to sound like a person who’s on TikTok, even if you aren’t.