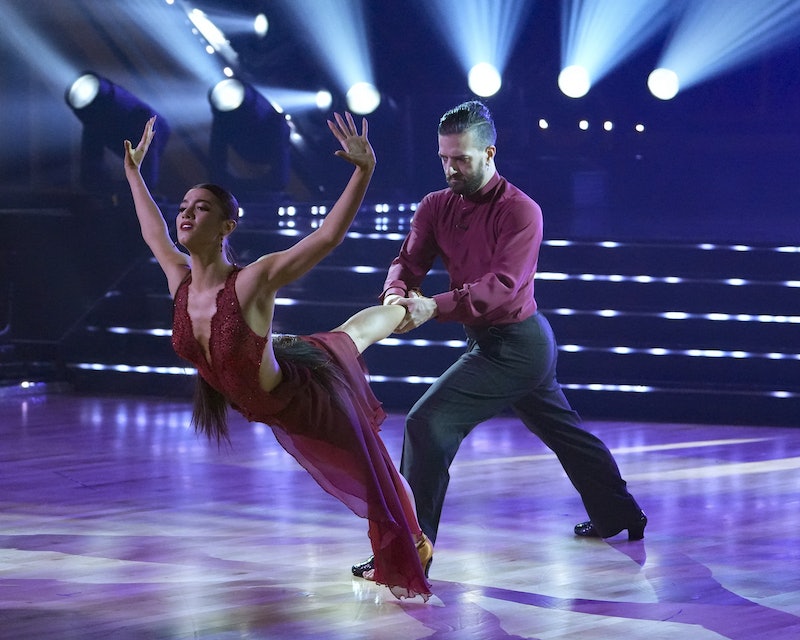 It’s Stars — Dancing with the Stars. For the third week of DWTS Season 31, the celebrity contestants performed routines to the famous James Bond theme songs, from the first-ever Bond song to the most recent one, Billie Eilish’s Oscar-winning ballad “No Time to Die.” The contestants embraced the suave, sleek, and smooth moves that the famous character is known for, performing more cinematic versions of the rumba, cha-cha, and tango, with every male pro and contestant donning the best Bond-esque suit they could find.

However, even their debonaire looks couldn’t save them all from eviction. Read on for Twitter’s favorite DWTS Bond moments and the flub that had everyone talking.

Kourtney Kardashian and Travis Barker sat in the front row of the DWTS audience to support Charli D’Amelio, the girlfriend of Barker’s son Landon — or as host Tyra Banks called him, Logan. The host didn’t acknowledge her mistake, and the famous family just kept smiling and clapping during the awkward moment. Luckily, it had no impact on D’Amelio, who performed a rumba to Eilish’s Bond song “No Time to Die” with partner Mark Ballas and tied for the highest score of the night, with 33 points out of 40.

Shangela Has A “Goldeneye” For Moves

The RuPaul’s Drag Race alum explained that after her grandmother first saw her in drag, she told her she looked like Tina Turner. Therefore, it was only appropriate that Shangela perform a rumba to Turner’s Bond theme song “Goldeneye” with partner Gleb Savchenko. “I'm going to channel the sexy,” she said, and that she did, winning the hearts of the judges. “Damn girl that was fierce!” said Inaba. The pair scored a 30 out of 40, but some fans felt that wasn’t enough and thought she did even better than some of the night’s leaders.

Before giving Bond night’s final performance, Gabby explained that she had been feeling like an imposter despite her previous dance experience. She then went on to form a three-way tie with D’Amelio and Wayne Brady for the highest score of the night, earning a 33 out of 40 for her showstopping cha-cha to Madonna’s “Die Another Day” with partner Val Chmerkovskiy. “You went for that! It had power, it had attack, it had strength,” judge Derek Hough told her. While some fans were elated for her, others gave her some side-eye for trying to underplay her dance history.

While the judges opted to save Cheryl Ladd last week over Real Housewives of New Jersey star Teresa Giudice, her rumba to Shirley Bassey’s “Diamonds Are Forever” with Louis van Amstel wasn’t good enough to save her from the bottom two once again. This time, she was joined by Sam Champion and Cheryl Burke, who received just one point more than Ladd’s score of 24. Therefore, the judges unanimously decided to save them, sending Ladd home instead, but there were no hard feelings from the Charlie’s Angels star. “When you are legend, you lived a long time — and I had a lot of fun,” she said.