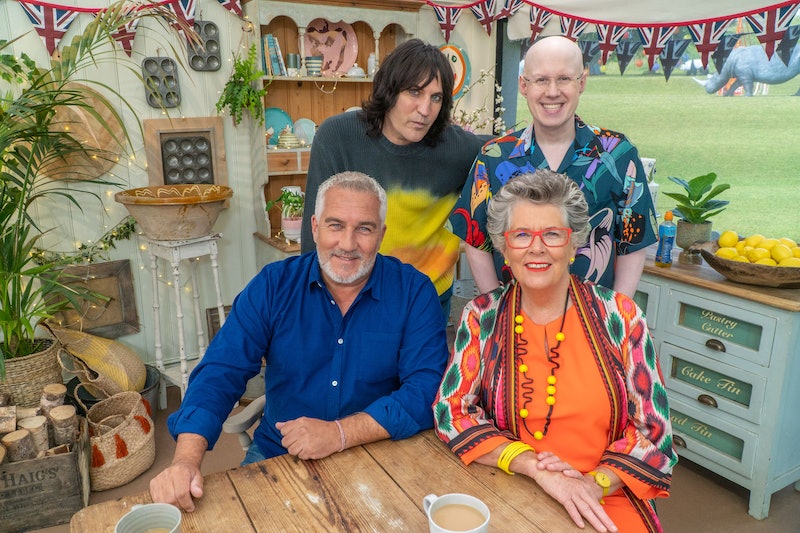 After three seasons in the UK’s best-known baking marquee, host Matt Lucas has decided it’s time to bow out of The Great British Bake-Off. The comedian, who’s best known for his work with David Walliams on the sketch show Little Britain, began presenting the show alongside The Mighty Boosh co-creator Noel Fielding in 2020. Throughout the show, Lucas offered one-liners and moral support to bakers as they battled to master tough technical challenges, and memorably impersonated former Prime Minister Boris Johnson when the show (and world) was blighted with lockdown restrictions.

In a statement following his departure from GBBO, Lucas explained his decision to leave the much-loved baking competition, saying that it was becoming increasingly difficult to juggle his hosting role with other commitments, such as Fantasy Football League. "I would like to give my warmest thanks and gratitude to everyone at Love Productions and Channel 4 and to Noelipops, Paul, Dame Prue, the crew and, of course, the wonderful bakers for welcoming me into the tent,” he wrote on Twitter. "I wish whoever takes over all the very best and I can't wait to tune into the next series without already knowing who won!"

"I will miss your big smile and your sense of fun and silliness,” added his co-host Noel in a statement. “I will miss our writing days in that ridiculous room with the high ceilings and I will miss us giggling like naughty schoolboys when Paul says 'eggy' in his Scouse accent. You were so lovely to work with and so kind to the bakers. Have fun on your next adventure."

On social media, meanwhile, cake fans are already whipping up fillers to take on the role – and a few already have bright ideas. Following in the tradition of past presenters Sandi Toksvig and Sue Perkins, some have suggested that it’s the right time to recruit another cake-loving lesbian presenter to the cult series – and to be fair, can you imagine the glorious chaos that would reign if Miriam Margolyes was let loose on the tent?

Elsewhere, GBBO stans have suggested everyone from Joe Lycett to Richard Ayoade – and one inventive viewer even suggested that Noel Fielding could appear as himself and Mighty Boosh character Old Gregg at the same time.

More like this
Mollie Gallagher Has A Deeply Personal Reason For Taking Up Skating
By Maxine Harrison
Twitter Can’t Make Up Its Mind About Ekin-Su’s 'Dancing On Ice' Skate-Off
By Sophie McEvoy
Twitter Is Saying The Same Thing About Ekin-Su’s 'Dancing On Ice' Debut
By Sophie McEvoy
Twitter Can’t Get Over Stormzy’s Surprise Cameo On Winter 'Love Island'
By Sophie McEvoy
Get The Very Best Of Bustle/UK
Sign up for Bustle UK's twice-weekly newsletter, featuring the latest must-watch TV, moving personal stories, and expert advice on the hottest viral buys.