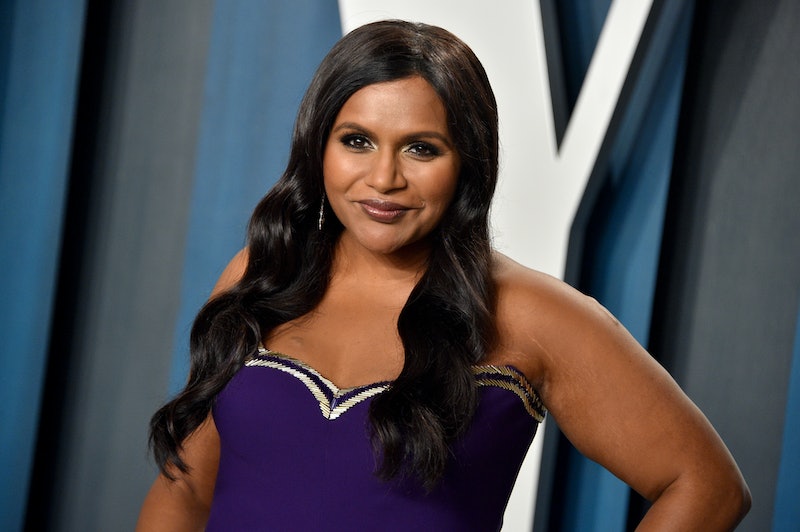 Kamala Harris made history on Tuesday, Aug. 11, when Democratic presidential nominee Joe Biden selected her as his vice presidential pick, and celebrities are here for it. Mindy Kaling reacted to Kamala Harris' historic vice president nomination in an emotional post that she shared on Instagram, celebrating the important milestone. Harris is the first Black woman to be nominated for the position by a major political party, and the first Indian woman. Should she and Biden win in November, she'll become the first woman to be elected into the White House.

Sharing a photo of Harris on her page, Kaling, who is of South Indian descent like Harris, spoke on the importance of this moment for herself and women of color everywhere. "Was there ever more of an exciting day?," she wrote. "For our entire country of course, but especially for my Black and Indian sisters, many of us who have gone our entire lives thinking that someone who looks like us may never hold high office. We work so hard and contribute to the fabric of America, and now to see someone as talented as @kamalaharris rise to the top like this? It’s thrilling!" She ended her post by thanking Biden for his selection and encouraging everyone to vote for the pair. "I am filled with hope and excitement," she said. "Thank you @joebiden. Let’s do this!⁣"

Kaling's excitement comes as no surprise, however, as she's supported Harris since her initial presidential campaign. In November 2019, the twosome made a cooking video together, in which they made traditional South Indian dishes like dosa and potato curry and bonded over their roots.

Kaling is, of course, just one of many stars who have spoken out about Harris possibly becoming the next U.S. vice president. Fellow Indian actor Priyanka Chopra also congratulated Harris on Instagram for being the first Indian-American person to compete on a major U.S. presidential ticket. "This is a historical, transformational, and proud moment for all women. All women of colour, all Black women, and all South Asian women," she wrote. "PS: To my younger self - look how far we have come!"

Jessica Chastain showed her support by posting a video of a Harris Barbie doll that her child plays with, while Taylor Swift proved how ecstatic she was on Twitter by responding to Harris' announcement with a simple "YES." Of course, nothing beats Maya Rudolph's reaction to Harris being chosen as VP. "Oh sh*t. Ruh-roh," she responded to the news, according to Entertainment Weekly. "That's spicy." It sounds like she may have some rehearsing to do.