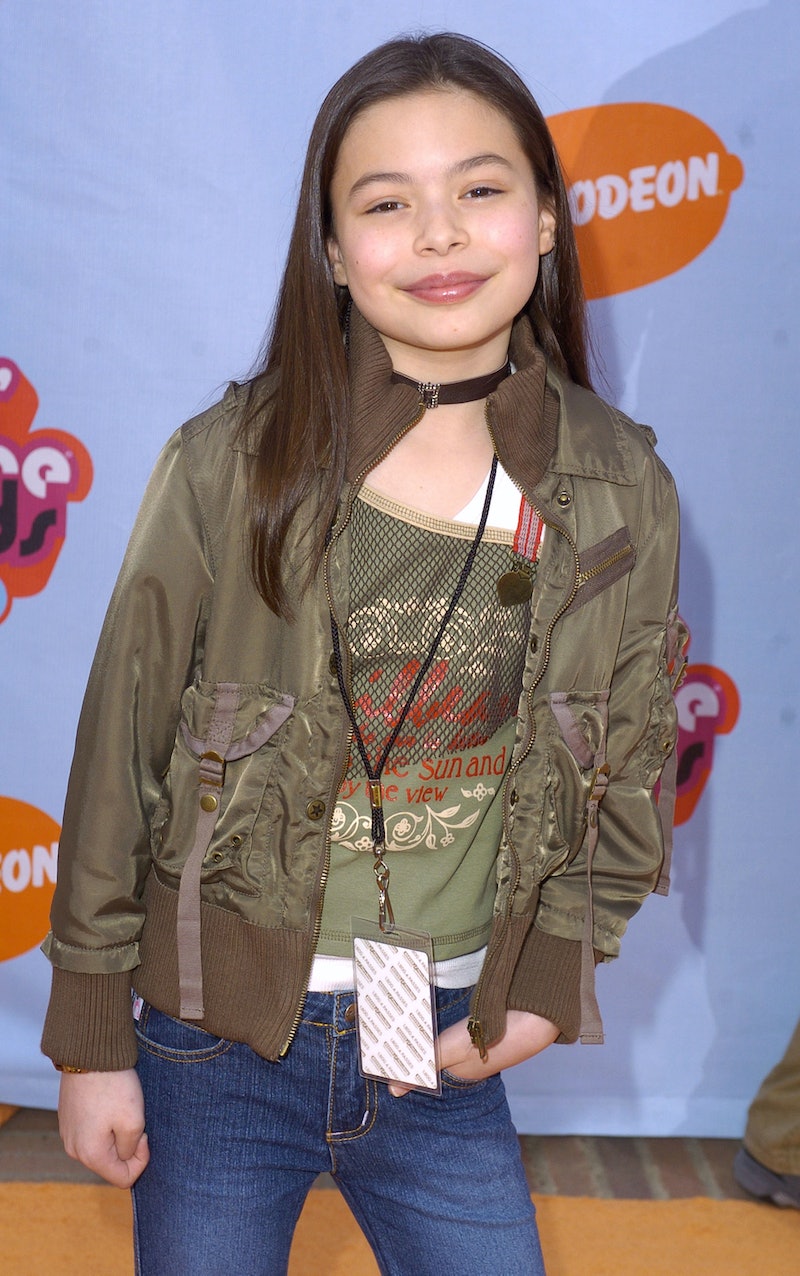 Miranda Cosgrove rose to stardom long before she graduated from elementary school. She made her film debut alongside Jack Black in 2003’s School of Rock at just 10 years old before landing a main role in Nickelodeon’s Drake & Josh the following year. After four seasons, Cosgrove went on to star as the titular character in iCarly, which ran for six seasons from 2007 to 2012. She became the highest-paid female child actor on television, and her adolescent years were broadcast to the world — which sounds terrifying. Her early career coincided with the rise of social media, and Cosgrove’s highly-documented childhood became perfect fodder for many, many iconic memes. Luckily, she thinks they’re hilarious.

“My friends send them to me all the time, and I see them on Twitter,” Cosgrove tells Bustle over Zoom. “I think [the memes are] really funny.” In a unique career move, she’s currently reprising the role of Carly Shay on the Paramount+ revival of iCarly. The reimagined series is a mature, adult-oriented version of the original, geared towards the viewers who grew up with it. In order to reconnect with the show’s fans, Cosgrove decided to recreate a popular meme from Drake & Josh, in which her sinister character Megan, soda can in hand, stares at a computer screen, squints her eyes, and says, “Interesting.”

The “Interesting” photo is one of many Cosgrove memes, with others including her throwing up a rock ‘n’ roll salute while giving a hardcore stare to the camera or donning an intense goth look on iCarly. Cosgrove views memes from her child star days without self-judgment, laughing at them like the rest of the internet and appreciating the different, clever captions often paired with the photos. “My favorite meme of me is a picture from the first time I went to the Kids' Choice Awards [in 2004], and I think I'm the coolest person on earth, but looked like the least cool person on earth,” she says. “And it says, ‘When you're high as fuck in the McDonald's line.’”

Sometimes the memes can get a little outlandish, but Cosgrove understands they’re all in good fun. “The weirdest [meme I’ve seen is] where I'm slapping different people's butts,” she says, referring to a screenshot from Drake & Josh. She believes the original photo is from a scene where she’s smacking co-star Josh Peck, who played her older brother, but now it’s often shared alongside an attractive image of someone to signify a flirty, friendly butt slap. “It's so funny. I don't even really remember doing that,” she continues. “But I know that meme because I've seen it so many times, but I don't really remember spanking anyone.”

While many of us would find out-of-context photos from our childhoods to be extremely embarrassing, Cosgrove is no stranger to wacky, televised moments from her youth. “I try to look back on all the weird, embarrassing things as just fun memories,” she says. “You just have to be lighthearted about it and enjoy it.”