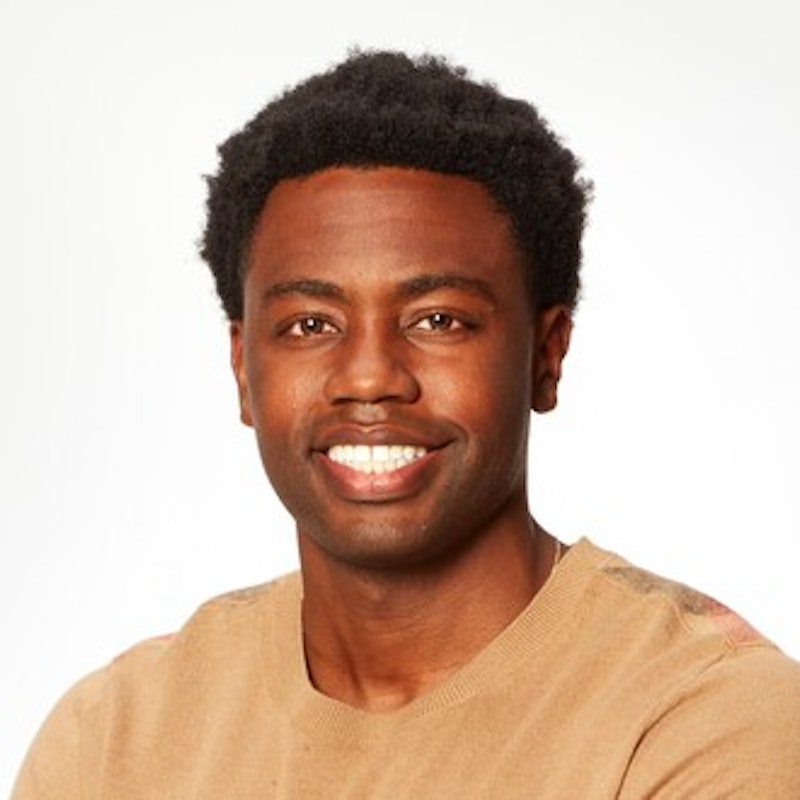 After Clare Crawley's dramatic engagement to Dale Moss and subsequent exit from The Bachelorette last week, it's Tayshia Adams' time to shine as the new lead. ABC has kept most of the details about Tayshia's time on the show under wraps, but with a new Bachelorette comes new drama. In the case of this unusual season, at least a few new men were cast for Tayshia to date the rest of the season.

ABC hasn't confirmed anything about the men who will be joining the existing contestants, but blogger and spoiler king Reality Steve claimed that at least four new men were brought onto the show specifically for Tayshia. One of the lucky contestants is 30-year-old Montel Hill.

Although Montel hasn't confirmed he'll be on The Bachelorette himself, a local news source in his hometown, Hingham, Massachusetts, published an interview with some of his adopted family back in July confirming that he had left to quarantine at La Quinta Resort & Club. At the time, they believed that he would be competing for Clare's heart, which clearly didn't happen. Since Montel is new to the show, fans haven't uncovered every single thing about him just yet, but some internet sleuthing revealed what he does when he's not on reality TV.

He's a personal trainer and the founder and director of Hill Sports Performance, a gym and fitness center in Waltham, Massachusetts. According to his Instagram bio, the fitness buff is also a certified strength and conditioning specialist, a corrective exercise specialist, and a registered dietician. Another impressive achievement: He counts some unnamed professional athletes and celebrities as part of his clientele.

Montel's Instagram primarily consists of photos and videos of him and his clients working out at Hill Sports Performance, but keep your eyes out for the occasional sneaker photo — the man loves his kicks and has an impressive collection.

Reality Steve released some spoilers about Tayshia's season already, but not much has been said about Montel and Tayshia's relationship. Regardless of what happens, this season will continue to be full of surprises.