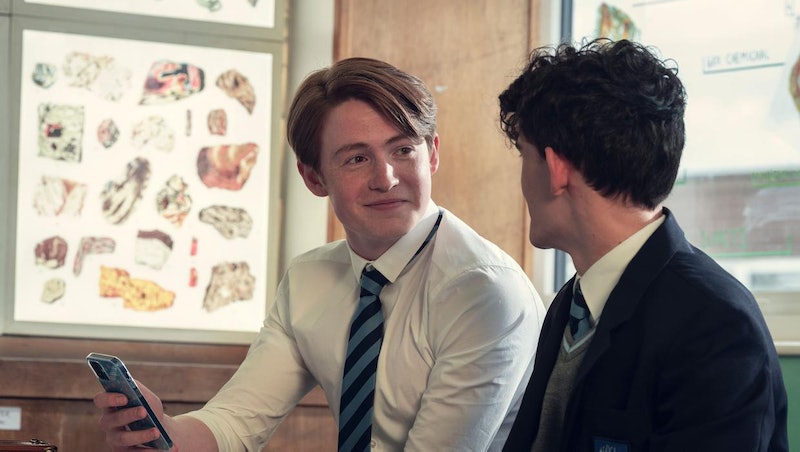 Netflix’s new high school drama Heartstopper is finally out in the world, and it’s safe to say, it’s captured our hearts. The premise of the show — the friendship-turned-romance between the young Charlie (played by Joe Locke) and Nick (played by Kit Connor) — has been teased for months, but some of the details about the series have been kept a closely-guarded secret. Well, until now.

Oscar-winning actor Olivia Colman delighted everyone with a cameo in the series as Nick’s mum, a surprise that even the cast were unaware of until further down the production process. Per RadioTimes, Connor said: “We got to film with her for two days and it was really just me and her, and it was an utterly incredible, enlightening experience for me. I think it's an honour for any actor to be able to work with an Oscar winner [or] anyone of Olivia’s calibre."

The Rocketman star went on to say: “We spent most of the shoot not knowing who was playing my mum. So it was like, there was a circle on the call sheet, who is it going to be? We thought, ‘It’s got to be someone pretty interesting.’”

“She brings so much to that character, and all the scenes with Nick’s mum just feel so special and subtle and just really beautiful," said Oseman.

Another British legend in the form of Stephen Fry also appears in the series, providing the voice of the headmaster at Nick and Charlie’s school.

Heartstopper is now available to stream on Netflix.