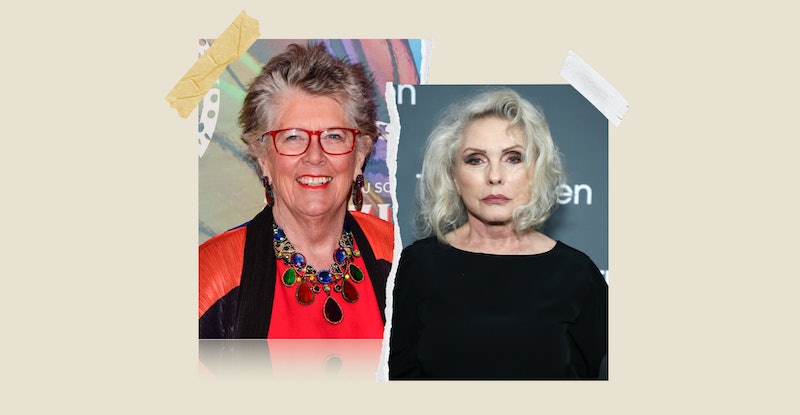 Making a brief move away from cakes and pastries, Great British Bake Off’s Prue Leith will appear in upcoming sci-fi film Kepler 62f, directed by designer duo Vin and Omi for Netflix. Appearing alongside Blondie’s Debbie Harry (who plays Admiral Prix), Leith will play Prix’s mother. The plot follows the creation of the first human colony on another planet, as Earth becomes inhabitable. It takes place 400 years from now, in 2503, as people make agonising decisions over who will form the new colony, and who will remain here, splitting families apart.

Ahead of Blondie’s new tour, starting on Friday, April 22, singer Debbie Harry told MailOnline that Kepler 62f is about “conservation” and “hopefully it not being too late to clean up the mistakes we’ve made through pollution and lack of concern for the environment.” The songstress also revealed that she watches GBBO for its “creativity” and “relaxing” vibes.

Also speaking with MailOnline, producers Vin and Omi said they picked Leith for the role based on her Bake Off personality, noting that she’s “strong-minded, assertive, and able to judge a good sponge cake.” Leith’s husband John Playfair and Dragons’ Den’s Deborah Meaden are set to take part in the film, too.

Previously, Leith made her Hollywood debut in Red Notice, alongside Ryan Reynolds, Dwayne Johnson (‘The Rock’), and Gal Gadot, per Metro. Reportedly, the film was Netflix’s most expensive film project to date, with a budget of £145 million, per Forbes.

There’s no mention of the budget for Kepler 62f, yet, or the release date, either. You can bet on more announcements to follow, soon (ish).