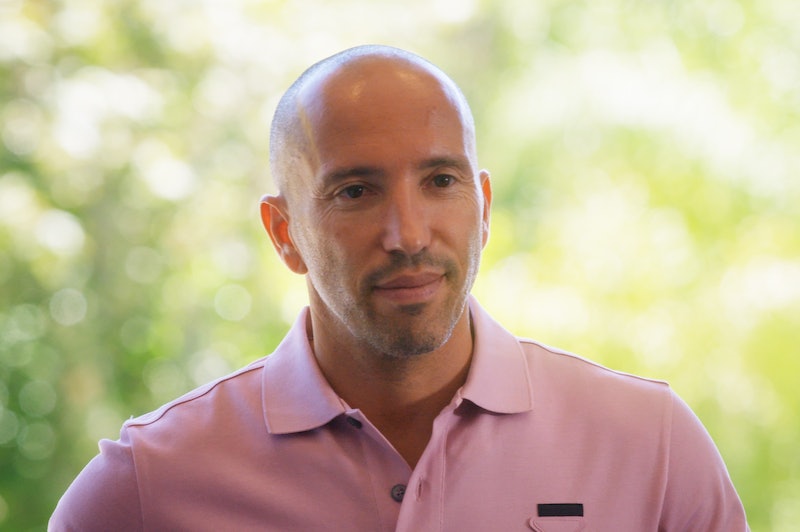 Get ready to follow a new group of Selling Sunset agents. At the end of Season 4, Jason and Brett Oppenheim announce they’re opening another office in Newport Beach. Among them are Alexandra Hall, Austin Victoria, and Brandi Marshall — three accomplished realtors set to be featured in Selling Sunset’s recently announced spinoff Selling the OC. (Not to be confused with Selling Tampa, the Florida-based spinoff premiering next month.)

“I love the agents down here. We’ve got a great group of people, a great office. And it’s just a whole new dynamic down here,” Jason announced during the Season 4 finale. He explained that the real estate in Newport Beach is different because most of the homes are waterfront properties, and many are even pricier than homes in Los Angeles.

He also noted that the dynamics between the agents will be different. “The agents at my brokerage are male and female. I think it’s going to be a very diverse cast,” Jason said. “I’m getting to know these people at the same time that the audience is ... I honestly don’t even know what’s going to happen, which I guess is kind of exciting as well.”

Here’s everything to know about the new Selling the OC stars.

According to Austin’s LinkedIn page, he’s only been with The Oppenheim Group for five months. He joined from the real estate firm Douglas Elliman, and previously worked at Open Air Real Estate in Los Angeles. Similar to Chrishell Stause and Vanessa Villela, he was in the entertainment business before getting into real estate. He’s been an actor with HRI talent for four years, and has been a model for over six years.

When he’s not working, Austin spends time with his wife, fashion designer Lisa Victoria. Together, the couple have an adorable pair of twin daughters, Lila and Hazel, who even have their own Instagram account.

Alex is even newer than Austin, having worked at The Oppenheim Group for one month per her LinkedIn. According to her bio on the Oppenheim site, she’s one of the most in-demand realtors in Orange County. She has a background in interior design and a history of selling homes at record prices. She notes that while she’s “young and ambitious,” she also brings the “wisdom of real estate knowledge” and “a charismatic sense of confidence in negotiating any type of real estate transaction.”

Based on Alex’s Instagram, it appears that she’s single, though she uses social media infrequently and may just be a private person.

Per her Oppenheim Group bio, Brandi is a former public relations executive who transitioned into real estate after 15 years. She boasts that she’s a great communicator and sharp negotiator with plenty of patience to make sure her clients close on the right home. She’s also a wife and proud Girl Scout mom, and contributes to both the ALS foundation and organizations that do autism research.

Per her LinkedIn, Brandi has been working at The Oppenheim Group for five months. When she’s not working, she loves to travel to places like Israel and Bora Bora, attend Lakers games, and of course spend time with her kids.

More like this
Brittany Snow Files For Divorce From Tyler Stanaland After 'Selling The OC' Drama
By Grace Wehniainen and Radhika Menon
Everything To Know About 'Selling The OC' Season 2
By Brad Witter
Love Is Blind’s Natalie Claims Shayne Signed Up For 'Perfect Match' While They Were “Still Together”
By Brad Witter
'Love Is Blind: After The Altar' Season 3 Has A Release Date & It's Very Soon
By Grace Wehniainen
Get Even More From Bustle — Sign Up For The Newsletter
From hair trends to relationship advice, our daily newsletter has everything you need to sound like a person who’s on TikTok, even if you aren’t.