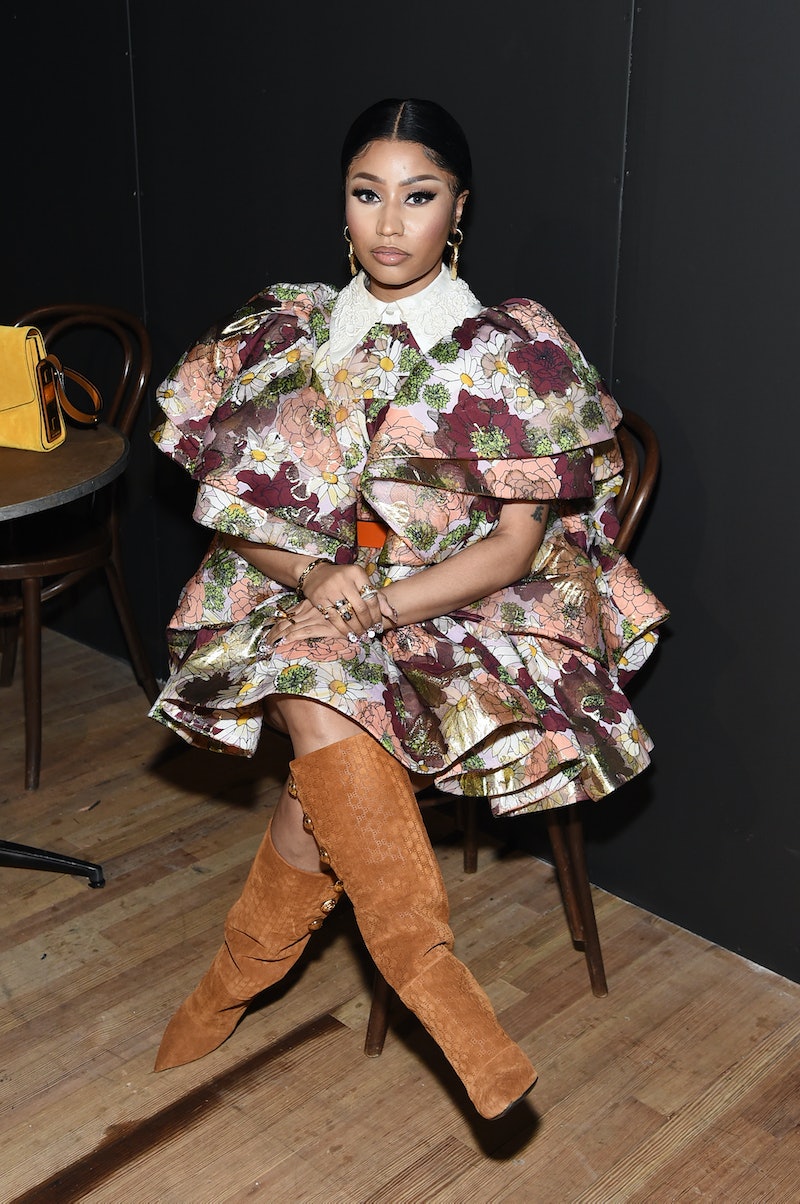 Since it had been “a minute” since she touched base with her Barbz, Nicki Minaj shared a wide-ranging update for fans on her personal website, addressing everything from the death of her father, Robert Maraj, for the first time to new motherhood and her latest Netflix marathons. Minaj’s father died at a Mineola, New York hospital on Feb. 14, after he was struck by a vehicle in a hit-and-run on Long Island the prior evening, according to The New York Times. A rep for Minaj confirmed his death to the newspaper at the time but provided no further details.

“Tho I can’t really bring myself to discuss the passing of my father as yet; I can say it has been the most devastating loss of my life,” the “Trollz” rapper wrote in her new letter to fans. “I find myself wanting to call him all the time. More so now that he’s gone. Life is funny that way. May his soul rest in paradise. He was very loved & will be very missed.”

Minaj also paid tribute to Chadwick Boseman and DMX, both of whom died in the past year. Explaining that she’d recently watched Netflix’s Ma Rainey’s Black Bottom, which she called “one of the best pieces of work [she’s] had the pleasure of viewing in a really long time,” she praised Viola Davis and lauded Boseman’s portrayal of Levee as “exceptionally layered & riveting.” Adding that the late actor was “taken from us so soon,” she further wrote that he “was on his way to becoming a full-fledged ICON!!!” Meanwhile, Minaj shared that fellow rapper DMX’s April 9 death hit her “like a ton of bricks” and felt like losing someone she grew up with.

In addition to streaming Ma Rainey’s Black Bottom, the Grammy-nominated artist wrote that she’s been “obsessing” over The Crown while completing her new album and upcoming six-part HBO Max docuseries. Minaj added that Kenya Barris had recommended the Netflix period drama and she’s “watched every single episode of every single season at least 5 times each.” Doling out compliments for Claire Foy, Gillian Anderson, Helena Bonham Carter, Olivia Colman, and Josh O’Connor’s performances, she said she was “hooked” from the very beginning.

On another positive personal note, Minaj opened up about being “completely overwhelmed with joy & fulfillment” in mothering 7-month-old son “Papa Bear,” whom she and husband Kenneth Petty welcomed on Sept. 30. “Each day creates a new & fascinating, magical memory that I hide far away into a little cute compartment of my heart; vowing never to forget any of it,” she wrote, adding that her “smart, funny, sweet, competitive” boy “won’t stop watching” Madagascar: Escape 2 Africa and recently said “mama.”

There’s no denying she’s got a full plate right now. Minaj also reunited with Drake on a May 14 Instagram Live, during which she announced the rerelease of her 2009 Beam Me Up Scotty mixtape on streaming platforms. “We really miss your presence and just the bars,” Drake gushed during the joint broadcast. “We miss the excitement that you bring.” Luckily, Minaj has a new album that could drop very soon, so there continue to be ups to go with the downs.