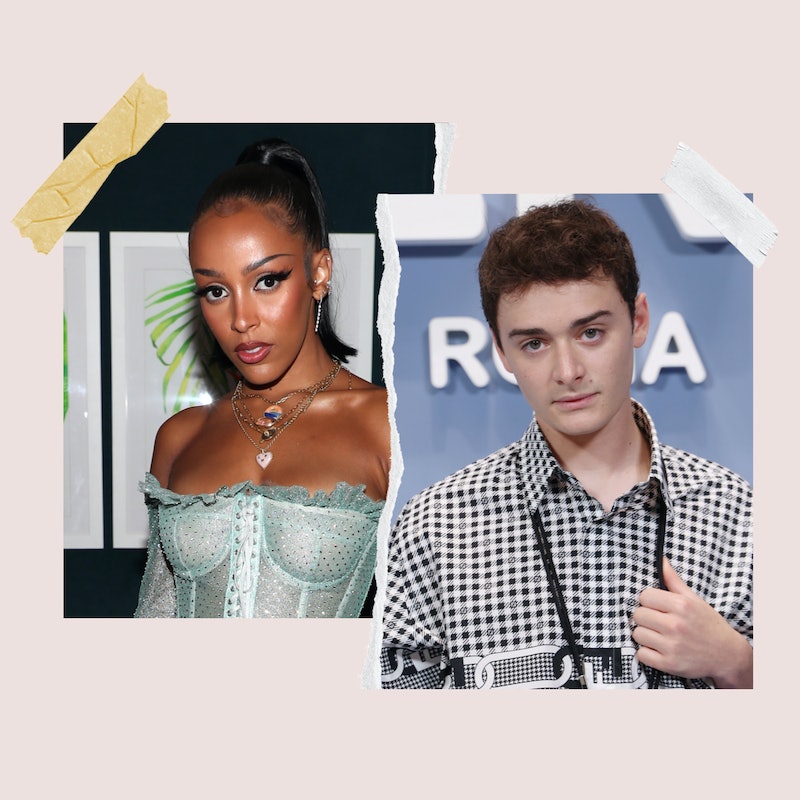 When he’s not fighting off Vecna, Noah Schnapp is connecting people on social media — or trying to, anyhow. But the actor has now discovered that being a matchmaker is a risky business. On Jul. 6, the Stranger Things star shared screenshots of Instagram messages from Doja Cat, 26, in a now-deleted TikTok, revealing that she asked him to set her up with his co-star Joseph Quinn, “Noah can u tell Joseph to HMU,” she wrote, before stopping to ask, “Does he have a GF?” Seemingly, the answer was no, considering Schnapp encouraged her to slide into his DMs.

However, Doja ran into one problem, telling the 17-year-old actor that Quinn “doesn’t have a DM to slide in.” As Quinn told Vulture in June, he doesn’t have a TikTok account, and his Instagram page is managed by a friend, not himself. Nonetheless, Schnapp told her to keep trying, sending her a link to said Instagram profile. “Right here, ma’am,” he wrote back.

Despite their seemingly pleasant social media interaction, things have taken a turn for Doja Cat and Schnapp, as she’s publicly called him out for sharing the DMs. During an Instagram Live, the musician said: “The fact that Noah went and posted a private conversation between me and him is so unbelievably socially unaware and whack.” Continuing, she fumed that Schnapp’s behavior was “borderline snake sh*t, that’s like weasel sh*t.”

However, the musician did pause to factor in that Schnapp’s age may have played a part in his decision to go public with the private exchange. “To be fair, this is a kid … there’s no way he’s over 21,” she mused. “When you’re that young, you make mistakes. You do dumb sh*t … You say dumb sh*t. You f*cking f*ck up relationships with people… You’re supposed to do stuff like that, so that you know not to do it in the future.”

Twitter seems to be divided between those who think both parties are in the wrong, and others who believe Doja was being problematic by sliding into a 17-year-old’s DMs in the first place. Many others have also commented that considering Schnapp’s age, Doja shouldn’t have expected him to act maturely at all.

Before sliding into Schnapp’s DMs to inquire about Quinn, Doja publicly showed her thirst for him in a since-deleted tweet. According to the Daily Mail, one of her fans posted a photo of the Season 4 star and wrote: “Doja, look how fine Joseph Quinn is.” The “Kiss Me More” singer quickly responded in agreement, saying: “It's f*cking criminal.”

After Schnapp posted the TikTok, Stranger Things fans went wild on Twitter, with some immediately shipping the unexpected pairing, and others becoming jealous because they wanted Doja or Quinn (or both) for themselves.

As for Quinn, he has yet to respond to Doja’s pursuit of him or the social media fall-out that has followed between the musician and his co-star. Oh, to be a fly on the wall next time Quinn and Schnapp are in the same room.

More like this
The First Trailer For 'That '90s Show' Includes So Many Nods To The Original Series
By Jack Irvin, Alyssa Lapid and Grace Wehniainen
'Bridgerton' S3 Teases Exciting Social Season For Penelope Featherington
By Bustle
Elizabeth Debicki On Her Approach To The Most Debated Scene From 'The Crown'
By Grace Wehniainen
Everything To Know About 'Elite' Season 7
By Jake Viswanath
Get Even More From Bustle — Sign Up For The Newsletter

This article was originally published on July 7, 2022