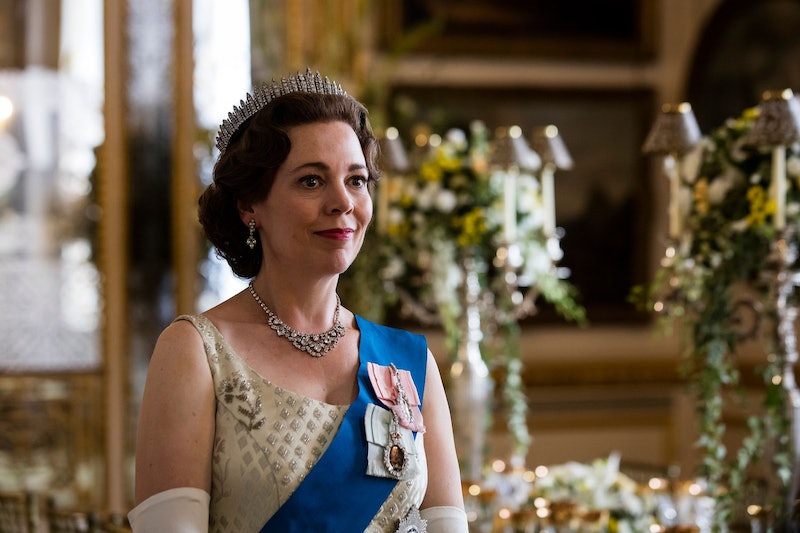 It’s hard not to feel like you know the royals when they’ve lived their lives in the public eye. And the pressure of playing one of the most recognisable people alive is certainly felt by Olivia Colman. The actor who plays the Queen in Nerflix's hit series The Crown revealed she still worries Queen Elizabeth II won't like her portrayal of her. Colman is Hollywood royalty and The Crown isn’t the first time she’s taken on the role of a member of the royal family. However, she revealed that when the person you’re playing is still alive there’s the very real fear that they’ll think you’ve got it totally wrong.

Colman took over the role of Queen Elizabeth II from Claire Foy in season three of The Crown. She told The Mirror, “it’s much harder to play ­people that everyone has a vision of, a picture of, and has ideas about. I’ve never joined a show that’s already been up and running and successful, but I was such an enormous fan that I didn’t really think about it.” Colman gave an Oscar award winning performance as Queen Anne in The Favourite in 2019. However, she highlighted the distinct differences between playing the two royals.

“There is much more pressure when you’re playing someone who is still living, and you have this fear that they’re watching it and won’t like it,” she said, “You’re thinking, ‘Oh my God, what if Queen Elizabeth II watches the series and sees me? Perhaps she will think that my interpretation is completely wrong. She’s going to change channels.’”

Colman will return to our screens as Queen Elizabeth II for season four and it’d seem it may be airing sooner than anticipated. Showrunner Peter Morgan revealed that they had to stop filming two weeks ahead of schedule which meant sacrifices. However he told IndieWire it meant the show will still be according the planned schedule. “For the final block, one director [Jessica Hobbs] was filming three separate episodes. A couple of scenes were missing from each one. Having looked at them, we [could] just about get away with it," he said. "She will forever rue not being able to shoot them. The price of waiting would have meant to not get the show out on the same schedule. And nobody to whom I've shown the episodes can tell what's missing. I'm really relieved."

It’s been reported season four of The Crown may air before the end of 2020.