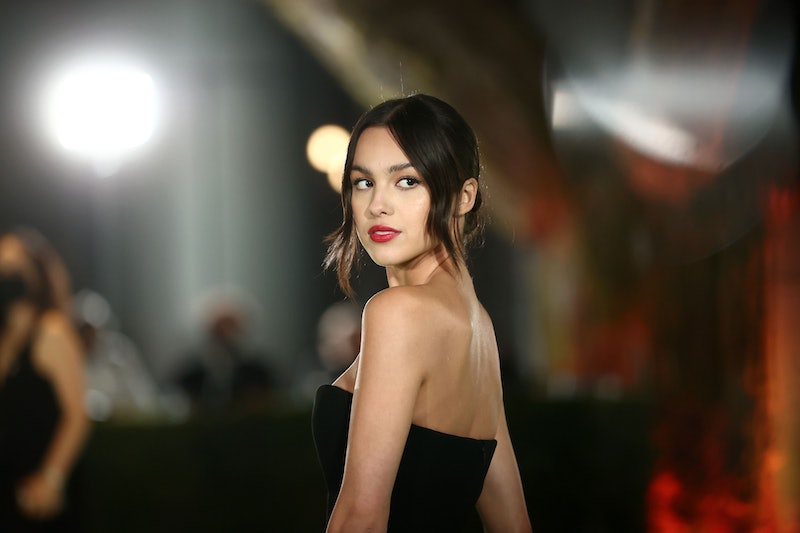 Being in the spotlight is difficult — just ask Olivia Rodrigo. In an interview with Vogue Singapore, the Sour artist and recent high school graduate spoke openly about her meteoric rise to fame and the impact it has had on her mental health. “I’m taking it one step at a time,” she said. “It can be really tough on your mental health, though. I’m grateful for the people who like me for me, and keep me separated from all the noise and tabloids or what people are saying about me on social media.”

The 18-year-old pop star took the fast track to superstardom when she released the song “drivers license” in January. Upon its release, the single broke Spotify’s record for most streams in a day. It also broke the platform’s record for most streams of a song in a single week. “Never in a million years could I have expected the response that it got,” she told the magazine. “It completely changed my life forever.”

Although Rodrigo is grateful for the song’s massive success, becoming a household name was a huge adjustment. “It’s funny how recognition changes everything and also changes nothing in your life,” she explained. “The problems I was having a year ago are still the problems I’m having now, and things that brought me joy a year ago are still the things that bring me joy now. It’s just another aspect of life that you need to learn how to deal with, but it doesn’t change who you are as a person.”

The “good 4 u” singer also said that her rise to fame revealed a lot about which relationships in her life were authentic and which weren’t. “It was surprising to see who was genuinely supportive of me and who wasn’t,” she said, explaining that some people started to “feel different” about her after she experienced so much success. “It can scare people,” she said. “That was an interesting thing to learn. I’m figuring it all out.”

Fortunately, Rodrigo has a robust support system, and she’s especially appreciative of her parents. “My parents take all this craziness in the best way,” she explained, adding that she’s “lucky” to have people around her that keep her so grounded. “They always say, ‘We are so proud of you and all these achievements are incredible, but we would be equally proud of you if you were in school in your hometown.’ They’re the best and that’s a really important attitude to have.”

Elsewhere in the interview, Rodrigo said that even with her parents’ support, she’s not exactly sure how to navigate the ups and downs and fame, nor does she know what the future holds. “I don’t know who I am and what I’m supposed to be doing in life,” she confessed, adding that she’s gotten a bit “more comfortable” with the uncertainty as she’s gotten older. “It’s super fun to be constantly changing and figuring stuff out. I never want to stop learning and growing as a person.”

More like this
Olivia Rodrigo Manifested Finally Meeting Demi Lovato
By Jake Viswanath
The Meaning Of Steve Lacy’s “Bad Habit” Lyrics
By Radhika Menon
Grammys Host Trevor Noah Made Adele's Dream Of Meeting The Rock Come True
By Brad Witter
9 Photos Of Celebrity Couples & Unexpected Duos At The 2023 Grammys
By Jake Viswanath
Get Even More From Bustle — Sign Up For The Newsletter
From hair trends to relationship advice, our daily newsletter has everything you need to sound like a person who’s on TikTok, even if you aren’t.