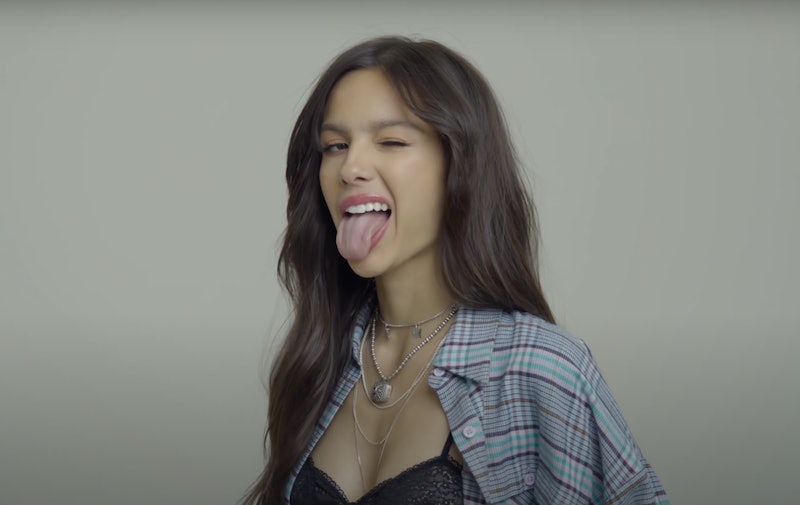 YouTube/Olivia Rodrigo
By Jake Viswanath
May 18, 2021

Before she is a singer, a Disney Channel star, or even a Taylor Swift stan, Olivia Rodrigo is a songwriter. The first song she wrote for her character on High School Musical: The Musical: The Series, “All I Want,” got the attention of Geffen Records, and the label signed her off the strength of her lyricism.

When the 18-year-old artist released her breakout hit “drivers license” in January 2021, her lyrics impacted the world more than anyone expected. The song spent eight weeks at the top of the Billboard Hot 100, a rarity for anyone, let alone the debut single of a young artist. It spawned endless TikTok videos, YouTube covers, and memes that related to the song’s heartbreaking lyrics. As Rodrigo painted a picture of her breakup (rumored to be from her HSMTMTS co-star Joshua Bassett) using red lights, stop signs, and the celebratory moment of passing her driving test, countless people cried along with her, knowing the feeling of rejection all too well.

Now, Rodrigo is showing listeners what else she has up her sleeve with her debut album SOUR, which just may go on to become Gen Z’s defining breakup record. SOUR has given us the playlist we need to soundtrack our most recent heartbreaks — and perhaps the next one as well. These are the lyrics that cut the deepest, hurt the most, and feel too close for comfort.