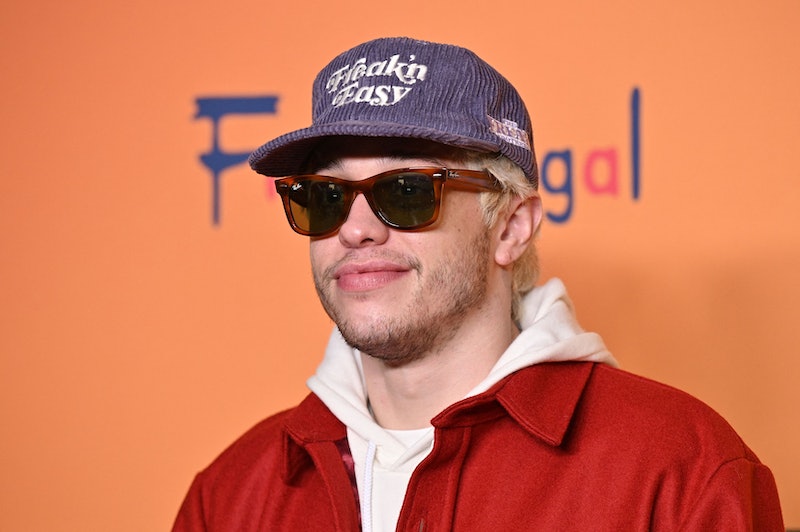 Pete Davidson is moving out of his “disgusting” apartment on Staten Island. In a video interview with NBCLX host Tabitha Lipkin on Tuesday, Feb. 8, the 28-year-old Saturday Night Live star warned not to look too closely at the $1.2 million pad that he purchased roughly two years ago. “I just want to make sure I don’t have underwear everywhere,” he said. “Sorry, I’m moving, so my place is disgusting.”

The 1,500-square-foot apartment overlooks the Manhattan skyline, but according to the comedian, the views aren’t worth the long commute into New York City. “I’m moving to Brooklyn,” he said. “I am very excited. I love Staten Island, but it takes too long to get over the bridge.” This will be a big change for Davidson, who was born and raised on Staten Island his whole life.

Davidson’s place is not what most people would consider “disgusting,” either. According to Daily Mail, the two-bedroom, three-bathroom apartment has a renovated kitchen, a jacuzzi, and a private terrace. The building also has amenities including a lounge, fitness center, grilling stations, and more. Not to mention, his own personal apartment even has its own Kim Kardashian candle.

“That is exactly what that is,” the comedian said when asked about the candle in an interview with People on Monday, Feb. 7. Later on, he referred to the Keeping Up With the Kardashians star as his “girlfriend” for the first time. “I don’t have Instagram or Twitter or any of that stuff, so, like, most of my daily life is getting into cars and showing up to a set,” he told the magazine. “Or, if I’m off, I just either hang with my friends or chill with my girlfriend inside.”

Kardashian has been photographed leaving Davidson’s luxury condo in recent months. In December 2021, the duo reportedly hit up a Staten Island movie theater for a screening of Spider-Man: No Way Home with Scott Disick and a few friends. On that same trip, the SKIMS founder was spotted leaving Davidson’s apartment and The King of Staten Island star was seen walking with “an extra pep in his step” after reportedly “spending the night” at Kardashian’s hotel.

The pair met in October when Kardashian, 41, hosted SNL. Since then, Kardashian’s feelings have only grown stronger. “They’re both super into each other and she has fallen hard,” an E! insider said earlier this month. “She loves the ease of the relationship and how fun and different it is. She’s doing things she hasn’t done in years and he is exposing her to all sorts of different dates.”

According to E!’s source, Kardashian and Davidson are getting to know each other’s friends and are “really happy with where things are.” Not to mention, their relationship has gotten the stamp of approval from many members of Kim’s family. Page Six reported that Khloé Kardashian “loves Pete and is so happy to see how happy he makes her sister.” A separate source told the outlet that “their closest friends and family approve on both sides.”

More like this
Who Is Pete Davidson Dating? He & Chase Sui Wonders Got Caught Kissing
By Jake Viswanath
Did Pete Davidson Remove His Kim Kardashian Tattoos? Photos Point To Yes
By Alyssa Lapid
Maya Jama’s Net Worth Definitely Won’t Give You The Ick
By Sophie McEvoy
Melanie Lynskey Plays A “Ruthless Leader” In 'The Last Of Us'
By Brad Witter
Get Even More From Bustle — Sign Up For The Newsletter
From hair trends to relationship advice, our daily newsletter has everything you need to sound like a person who’s on TikTok, even if you aren’t.