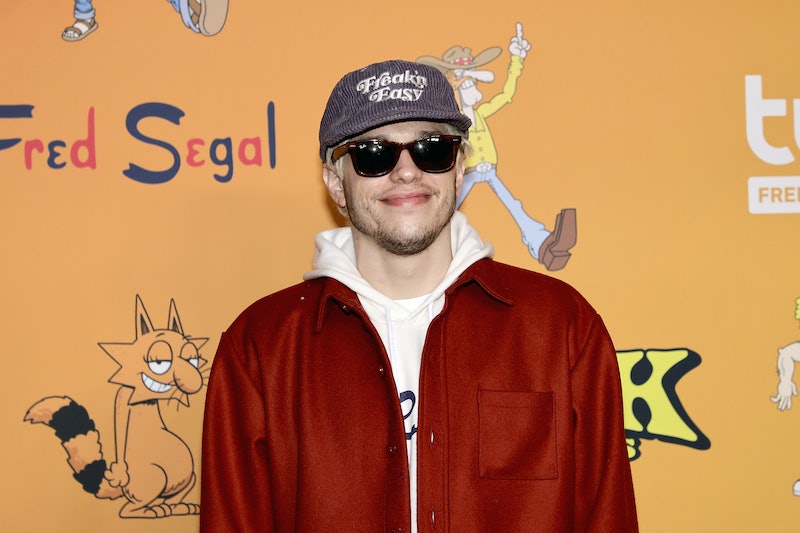 It’s time to add “astronaut” to Pete Davidson’s résumé. According to People, the Saturday Night Live star will be one of six people on Blue Origin’s 20th mission to space next week. A source told the magazine that it’s only the fourth human flight for the New Shephard program, which is scheduled for liftoff on March 23 at 8:30 a.m. local time from Launch Site One in West Texas.

The comedian is just one of the celebs who’s been invited on a Blue Origin flight. William Shatner, for example, became the oldest person to reach space in October at 90 years old. Good Morning America co-host and NFL star Michael Strahan took a flight in December. Tom Hanks turned down Jeff Bezos’ offer, telling Jimmy Kimmel that he “ain’t paying 28 [million] bucks” for a few minutes in space.

According to Today, Davidson will be joined by Party America CEO Marty Allen; the founder of the nonprofit SpaceKids Global Sharon Hagle and her husband, Marc Hagle; University of North Carolina professor Jim Kitchen; and Dr. George Nield, the president of Commercial Space Technologies, who previously worked with the Federal Aviation Administration, U.S. Air Force Academy, and NASA.

A trip to space is one way for Davidson to escape all of the drama in his life right now. The SNL star, who is currently dating Kim Kardashian, has been embroiled in a months-long feud with her ex and the father of her children, rapper Kanye West. The Donda musician publicly called out the comedian on several occasions, including in his song “Eazy” and its corresponding music video.

“God saved me from that crash / just so I can beat Pete Davidson’s ass,” West says on the track, referencing his near-fatal car accident from 2002. In the video, which was released on March 2, West decapitates and buries alive a cartoon version of Davidson. Kim was reportedly “really upset” by the video, but the King of Staten Island star was able to brush it off.

“He finds the fact that Kanye included a cartoon version of him in his music video hysterical,” a source told Entertainment Tonight. “He is almost flattered by it all because it is so ridiculous to him.” But the drama didn’t end there. After Kim made her relationship with the comedian Instagram official on March 11, Davidson and West reportedly engaged in a heated text exchange on March 13.

“Yo it’s Skete, Can you please take a second and calm down. It’s 8am and it don’t gotta be like this,” Davidson wrote in texts that he shared on David Sirus’ Instagram account, according to Daily Mail. “Kim is literally the best mother I’ve ever met. What she does for those kids is amazing and you are so f*cking lucky that she’s your kids mom.”

I’ve decided I’m not gonna let you treat us this way anymore and I’m done being quiet,” Davidson continued. “Grow the f*ck up.” West was clearly bothered. “Oh you using profanity, Where are you right now?” the rapper asked before Davidson came through with the ultimate clapback. “In bed with your wife,” he wrote alongside a selfie of him in bed.

After several other back-and-forth messages, Davidson offered to speak with the “Hurricane” artist face-to-face and help him on his mental health journey. “You have no idea how nice I’ve been to you despite your actions towards me,” he wrote, explaining that he stopped SNL from making fun of him, which is something they “wanted to do for months.”

“I’ve stopped stand-up comedians from doing bits about you cause I don’t want the father of my girls kids to look bad out there,” he continued. “I have your back even though you treat me like sh*t because I want everything to be smooth. But if you continue to press me like you have for the past 6 months, I’m gonna stop being nice.”