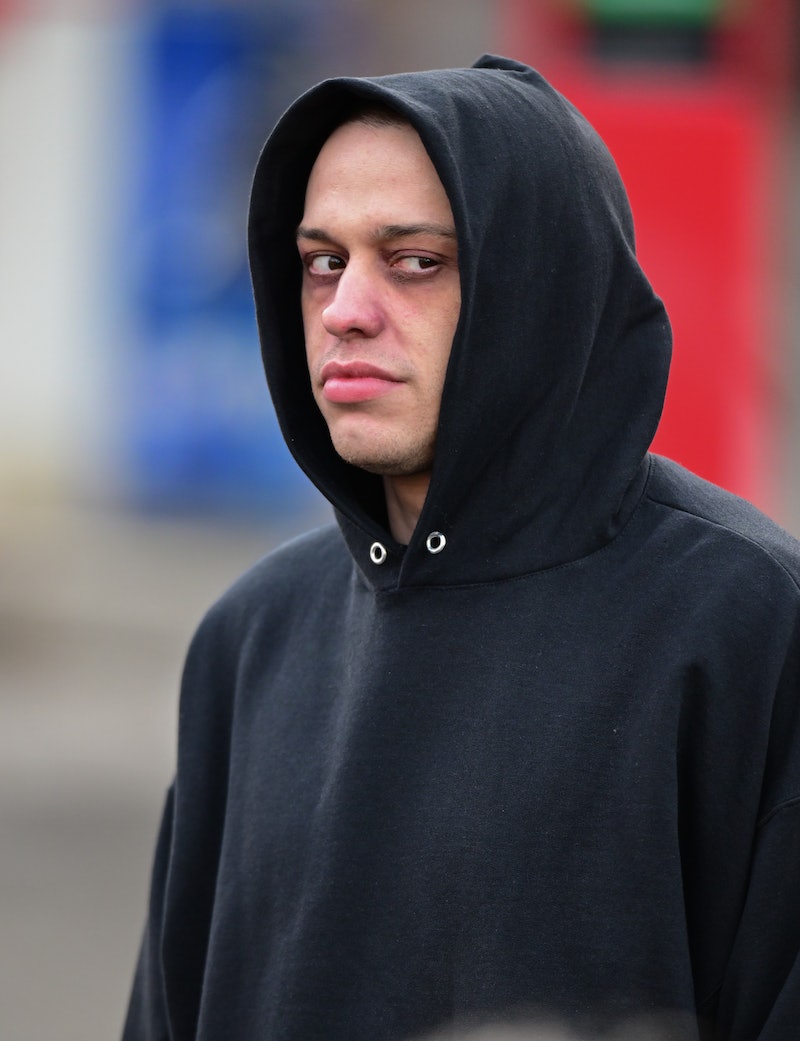 In a move that would no doubt make Buzz Aldrin shake his head, Pete Davidson has pulled out of a trip to outer space. The comedian was expected to be one of six passengers on Jeff Bezo’s Blue Origin space mission, scheduled to leave Earth next week. However, in a surprising update posted to Blue Origin’s Twitter account, it has been revealed that Kim Kardashian’s boyfriend won’t be venturing far, far, and away after all.

Revealing there has been a change to both the passenger list and the lift-off date, the social media post reads: “Blue Origin's 20th flight of New Shepard has shifted to Tuesday, March 29. Pete Davidson is no longer able to join the NS-20 crew on this mission. We will announce the sixth crew member in the coming days.”

Davidson’s surprise move comes as the tension between himself and Kardashian’s ex-husband, Kanye West, continues to rise. West has been vocal in his disapproval of Davidson’s relationship with his ex. The musician recently stunned fans with the music video for his song “Eazy,” which depicted animated scenes of him kidnapping and decapitating Davidson. Since then, he’s continued to make disparaging comments about the comic on social media, leading Davidson (through a pal) to publicly share a fraught text exchange between himself and the rapper.

However, Kardashian doesn’t appear to be letting the drama put a damper on her five-month relationship with the comic and actor. During a recent appearance on The Ellen DeGeneres Show, the mum-of-four excitedly revealed that Davidson has branded her name on his chest, in addition to getting a series of “cute” tattoos in her honour. It must be love, right?

With contributions from Nasra Ayub