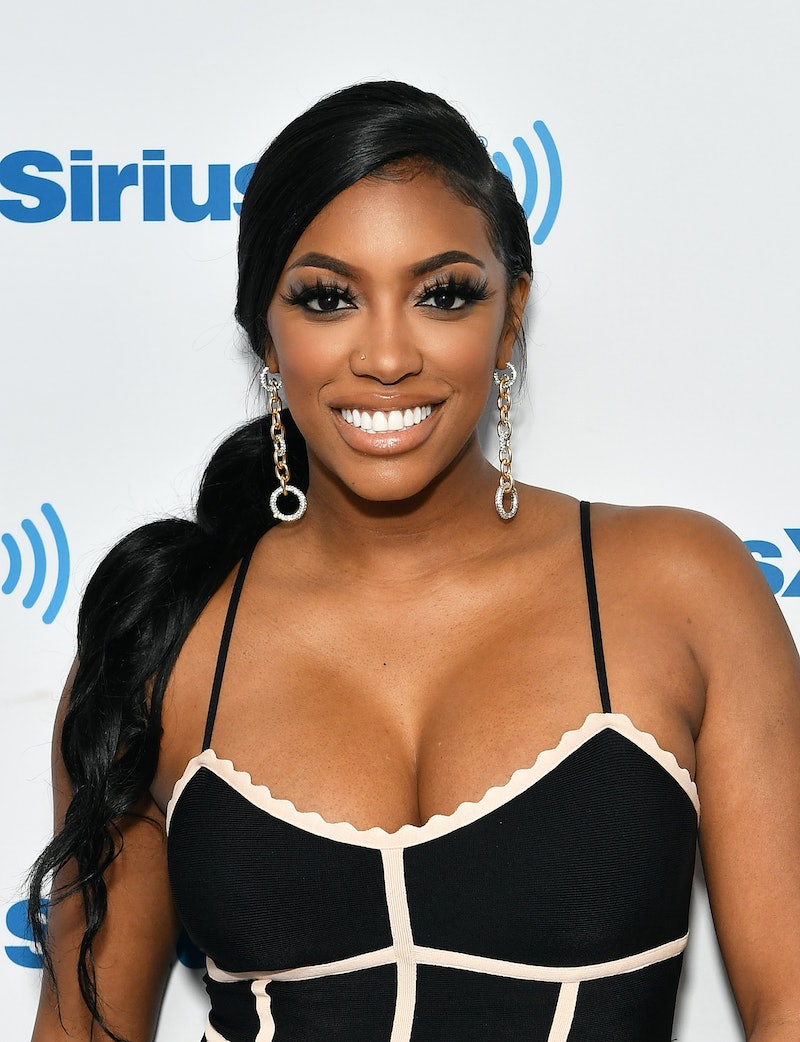 Days after The Real Housewives of Atlanta aired its final reunion episode of Season 13 on May 9, Porsha Williams shocked fans of the franchise by taking to Instagram to reveal that she’s in a relationship with fellow cast member Falynn Guobadia’s estranged husband, Simon Guobadia. Shortly afterward, Simon announced to his Instagram followers that the pair is actually engaged after just one month of dating. Viewers initially thought they’d have to wait until Season 14 for Porsha to make an official TV appearance, but Page Six and People reported on May 12 that Porsha is now getting her own reality series on Bravo.

Formatted as a three-part special centered around the RHOA star, Page Six notes that the reported series has been in the works for some time. “It was greenlit months ago, so it has nothing to do with this [engagement] news,” a source told the publication. “The special is supposed to focus on Porsha, her activism, and her family.” Last summer, Porsha devoted time to the Black Lives Matter movement by participating in protests and even getting arrested twice for her efforts.

While the special isn’t focused on her new relationship with Simon, the source also told Page Six that he could appear. “If she’s engaged to him and she’s pregnant [with his child], that could change things,” the insider said, offering no comment on if the reality star is expecting. “It would obviously become part of [the special].”

According to People’s source, filming will begin this summer. The untitled three-part series will mark Porsha’s third Bravo spinoff following the 2018 special “Porsha’s Having a Baby” and “Bravo’s Chat Room,” which she hosts.

Last month, as reported by People, Falynn announced her and Simon’s split in an Instagram story, noting that the “mutual decision was not made lightly.” Taking to Instagram again after the news of his relationship with Porsha broke, she wrote, "I want to thank everyone for reaching out to me and offering their love and support. At this time, I am focusing on finalizing my divorce and healing. Sending positivity to all of you."

More like this
Andy Cohen Apologized To Larsa Pippen After A 'RHOM' Season 5 Reunion Dust-Up
By Brad Witter
Rachel Fuda Gave Birth Just Weeks Before 'RHONJ' Season 13
By Brad Witter
'RHOSLC’s Heather & Whitney Are Still On A “Friendship Break” After Season 3 Reunion
By Jake Viswanath
RHOP’s Robyn Dixon Explained Why Juan Paid For Another Woman's Hotel Room
By Brad Witter
Get Even More From Bustle — Sign Up For The Newsletter
From hair trends to relationship advice, our daily newsletter has everything you need to sound like a person who’s on TikTok, even if you aren’t.