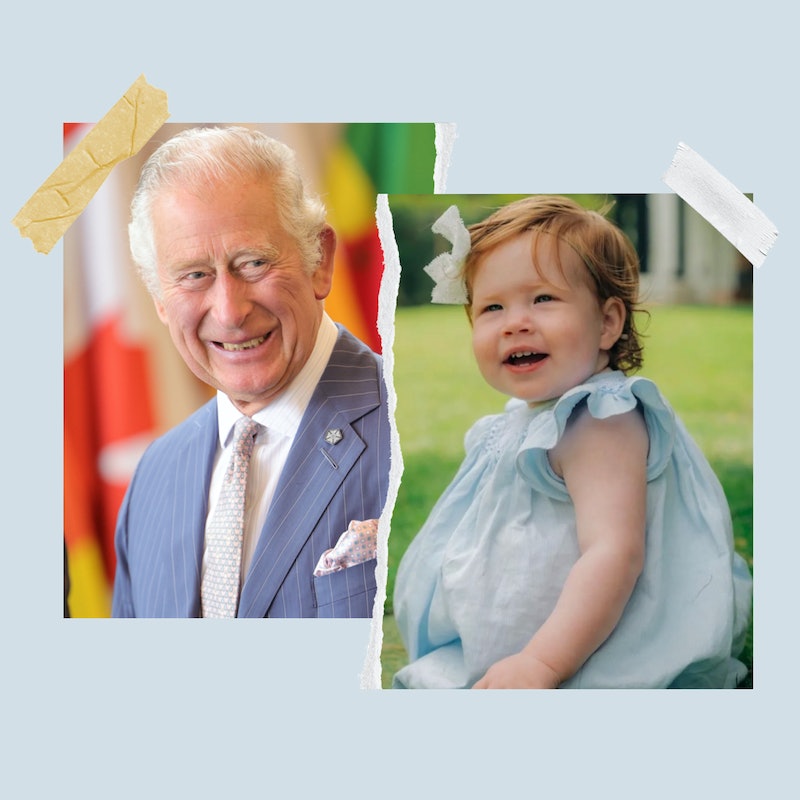 Prince Charles finally got to meet his granddaughter Lilibet for the very first time during Prince Harry and Meghan Markle’s visit for the Queen’s Platinum Jubilee, according to People. Though the couple is now based in Montecito, California, they returned at the beginning of June to take part in the celebratory weekend, bringing their two children, three-year-old Archie and one-year-old Lilibet, along for the trip.

"It was a fantastic visit,” a source told the publication. “The prince was delighted to see his grandson [Archie] and meet his granddaughter [Lilibet] for the first time,” they claimed, adding that both Prince Charles and Camilla were “thrilled” to spend time with the kids.

“He [Prince Charles] hadn't met Lilibet, his granddaughter, and so to meet her for the first time was very emotional — it was a wonderful thing," the source continued. However, they didn’t reveal further details of where and when the family members were introduced.

The jubilee weekend served as a busy time for reunions, with Lilibet meeting many of the royal family for the very first time. The Queen also reportedly met her great-grandaughter over the Platinum Jubilee bank holiday when Harry and Meghan threw a small first birthday party for their youngest at their old home of Frogmore Cottage. The Sun reports that the Queen insisted that no photographers be present for the private family moment.

Elsewhere, an anonymous royal source claimed that Harry and Meghan, otherwise known as the Duke and Duchess of Sussex, are financially independent from the royal family, and are believed to have funded their own trip over for the jubilee. "Great credit to the Duke and Duchess of Sussex," they said, according to People. "When they decided they wanted to live overseas and forge an independent path, independent of support from the royal family, they said they wanted to transition to financial independence. And that they have achieved."