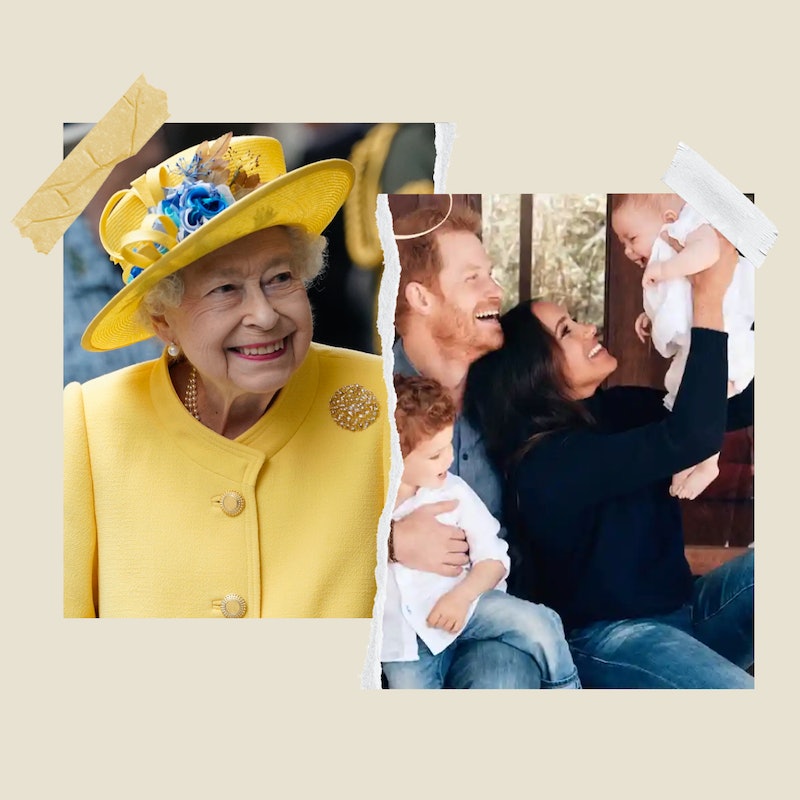 This week we’re being treated to a bumper-edition bank holiday to mark the Queen’s Platinum Jubilee (cheers, Queenie!) and when it comes to celebrating 70 years on the throne, the 96-year-old monarch herself is reportedly skipping the Epsom Derby — one of her favourite horse events — to meet her great-granddaughter Lilibet for the very first time.

Harry and Meghan’s daughter takes her name from the Queen’s childhood nickname, and her middle name, Diana, is in honour of Harry’s mum, the late Princess Diana. The young royal is about to celebrate her first birthday, and the Daily Mail reports that the couple are throwing a party on Saturday while they’re visiting the UK for the Platinum Jubilee. During the four-day trip, the family is believed to be staying at their old house, Frogmore Cottage, right near Windsor Castle — and the Queen will reportedly meet Lilibet at the party. According to sources who spoke to the paper, the monarch is “looking forward" to meeting her grandson Harry’s youngest for the first time, as well as catching up with their oldest son Archie.

The Queen was able to meet Archie just two days after he was born at London’s Portland Hospital, but with Harry and Meghan now living in California and the pandemic restricting travel, this is only their second visit to the UK since Lilibet was born on June 4 last year. The first was just a brief visit as they travelled to the Invictus Games in The Hague.

Lilibet’s birthday bash comes with ideal timing, as The Queen will be missing the Epsom Derby on Saturday, in an effort to “pace herself” according to sources who spoke to The Sun. Originally, the royal had hoped to appear in the Royal Box at the race, but it’s thought that her ongoing mobility issues might rule this out — plus, her three horses have all pulled out of the horse race. She’s still hoping to make two appearances on Buckingham Palace’s balcony over the long weekend, though.