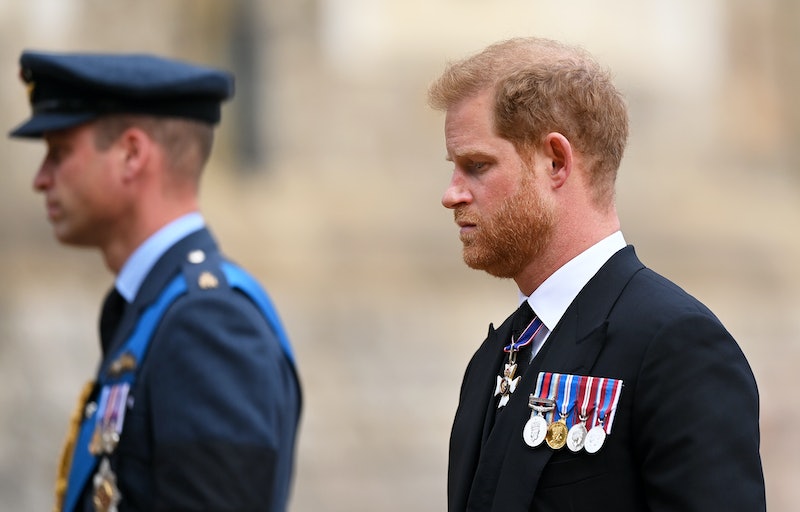 When the second trailer for Netflix’s Harry & Meghan documentary dropped on Dec. 13, viewers were intrigued to know what Harry was referring to when he said Buckingham Palace “were happy to lie to protect my brother.” The conversation quickly turned to Prince William’s alleged affair with Rose Hanbury, but the final the fifth episode of the Netflix docuseries revealed it the “lie” was related to very different claims about Prince William – specifically about bullying allegations.

On Jan. 8, 2020, the Duke and Duchess of Sussex issued a statement on Instagram announcing that they would be “stepping down” from their roles as royals. After the announcement, Harry sent an email to “the three most private secretaries”, asking if he and Meghan could talk to the senior royals about their decision to step down, which was rejected. It was only when Meghan flew back to Canada to be with Archie that a meeting was agreed upon. “It was clear to me that they’d planned it so that you weren’t in the room,” Harry said in the Netflix documentary.

The eventual meeting took place at Sandringham on Jan. 13, involving Prince Harry, Prince William, Prince Charles, and Queen Elizabeth II. Harry claimed that William “screamed and shouted” at him during their talk; all the while The Times published a story claiming that the brothers “fell out because William wasn’t friendly towards Meghan.” As the Duke of Sussex was leaving Sandringham, he was told that a joint statement between him and William had been released to squash “the story about him bullying out of the family.”

“I couldn’t believe it,” said Harry, in shock. “No one had asked me permission to put my name on a statement like that,” he said, adding that when he rang Meghan to tell her, she “burst into floods of tears because within four hours, [Buckingham Palace] were happy to lie to protect my brother, and yet for three years, they were never willing to tell the truth to protect us.” For Harry, this was the catalyst to remove themselves from their royal duties, adding that Meghan “never asked to leave,” despite what tabloids reported at the time.

More like this
Helena Bonham Carter Doesn't Think 'The Crown' “Should Carry On"
By Sam Ramsden
Spencer Matthews’ Impressive Net Worth Expands Far Beyond Chelsea
By Sam Ramsden
Joey Essex Is Rumoured To Be Dating A 'Love Island' Favourite
By Sam Ramsden
'Love Island' Has Added Yet Another Bombshell To The Villa
By Bustle UK
Get The Very Best Of Bustle/UK
Sign up for Bustle UK's twice-weekly newsletter, featuring the latest must-watch TV, moving personal stories, and expert advice on the hottest viral buys.