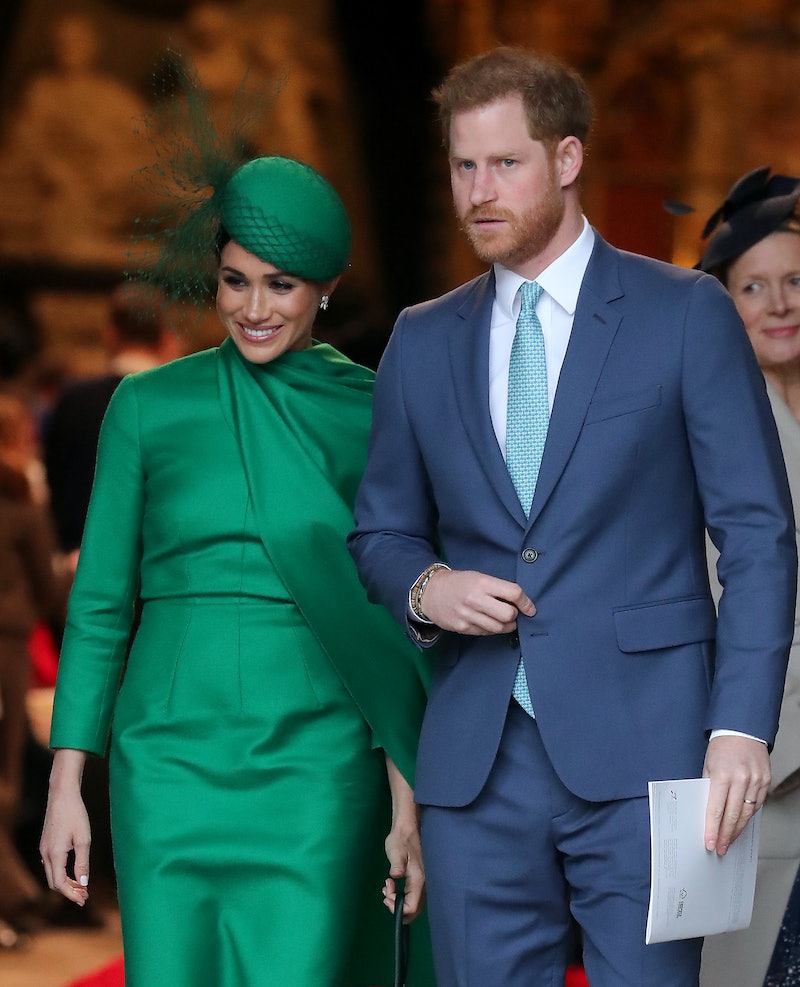 Life without social media is working for the Duke and Duchess of Sussex. Prince Harry and Meghan Markle reportedly quit social media once and for all when they left it behind in March 2020. An anonymous source told The Sunday Times that the couple has "no plans" to use personal accounts or leverage social media to promote their Archewell Foundation as they reportedly tired of the hate they faced. They've stuck to their decision to avoid their own social media platforms as part of their royal exit, but it seems they could come back eventually.

Prince Harry and Meghan announced the end of the Sussex Royal account on Instagram in March 2020, writing that amid the pandemic, they would be "focusing this new chapter to understand how we can best contribute." While the account and the Sussex Royal website are both currently inactive, a spokesperson for the couple informed fans that neither would be taken down, stating that both "will remain in existence online for the foreseeable future." For the time being, they seem to be more comfortable using their Archewell Foundation site to communicate with their followers.

In January 2021, Harry spoke about their absence from social media during an interview with Fast Company and revealed the rumors of them quitting social media were “news” to them both. “We have no social media to quit, nor have we for the past 10 months,” said Harry. He thoughtfully added that social media has the power to “offer a means of connecting and community, which are vital to us as human beings.” Harry also shared that he and Meghan will "revisit social media when it feels right for us — perhaps when we see more meaningful commitments to change or reform." For the time being, though, they are more focused on how they can help effect change surrounding social platforms.

The Times source's initial update on the couple's decision to distance themselves from social media platforms doesn't come as a shock. In October 2020, Meghan discussed why she wasn't on social media anymore in an interview with Fortune, saying, "I've made a personal choice to not have any account, so I don't know what's out there, and many ways that's helpful for me." The Archewell Audio podcast host added that she's nervous about how addictive the platforms can be, stating, "I have a lot of concerns for people that have become obsessed with it."

Also in October, Meghan discussed the online abuse she faced upon marrying into the royal family on the Teenager Therapy podcast, calling the experience "almost unsurvivable." The Duchess of Sussex was candid about the negative impact social media had on her mental health during the appearance, stating that the platform "ends up being a place where there's a lot of disconnection." She added, "I don’t care if you’re 15 or you’re 25, if people are saying things about you that aren’t true, what that does to your mental and emotional health is so damaging."

Although Harry and Meghan's timeline for rejoining social media is unclear, they've been hard at work developing content to connect with fans through other media. The couple recently signed a podcast deal with Spotify, and also have a multi-year deal with Netflix to produce films, scripted programming, documentaries, and children's movies.

More like this
Prince George & Sophie Wessex Shared A Tender Moment At The Queen’s Funeral
By Jake Viswanath
8 Photos Of Prince George & Princess Charlotte At Queen Elizabeth II's Funeral
By Jake Viswanath
10 Photos Of William, Harry, & Their Cousins Honoring The Queen Together
By Stephanie Topacio Long
William & Kate Shared How Their Kids Are Doing As They Mourn The Queen
By Stephanie Topacio Long
Get Even More From Bustle — Sign Up For The Newsletter