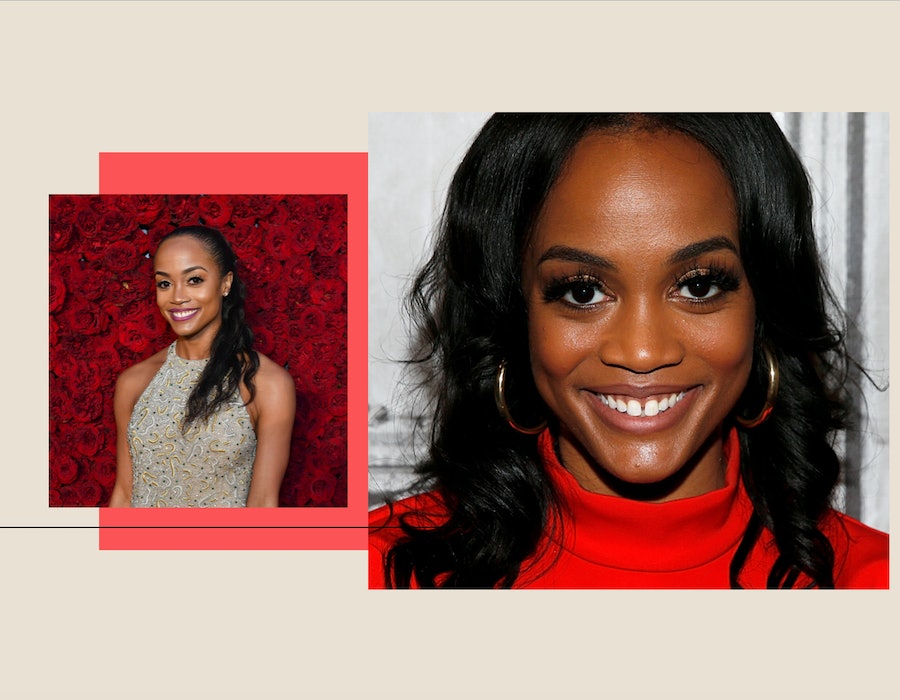 By the time ABC cast Matt James as the first Black Bachelor in June, Rachel Lindsay was tired. "I always joke with the franchise, like, I want y'all to make changes but I also really want to step away," she tells Bustle.

Since becoming the first Black Bachelorette in 2017, Lindsay has had a fraught relationship with the show. She recently told Page Six that she only agreed to be the Bachelorette because she knew how much it would mean to young Black girls watching, but despite repeated calls for more diversity on the franchise, she remained the only Black lead in its 18 years on the air. That is, until Bachelor fans and former cast members — Lindsay included — launched a petition in the wake of George Floyd's death demanding that The Bachelor do more to end systemic racism. Shortly afterward, ABC cast James. Lindsay was excited, albeit disappointed by the timing. "It does seem like a reaction to what is happening in our country," she said on Watch What Happens Live. At the time, she says, "I just needed a break."

She focused on Higher Learning, her new podcast with Van Lathan about Black culture; advocating for Black Lives Matter; spending time with her Bachelorette winner and now-husband Bryan Abasolo; and (virtually) filming the second season of Ghosted, the Catfish-like MTV series she hosts with actor Travis Mills. But she's continued to hold The Bachelor (and its former contestants) accountable. And as Clare Crawley's Bachelorette season — which will reportedly feature Tayshia Adams taking over as the second Black Bachelorette — draws closer, she's only going to get louder.

Lindsay wrote on her blog in June that she would dissociate herself from the The Bachelor if it didn't start taking active steps toward change. But she says now is not the time to let up the pressure and abandon the show, because she's finally seeing progress. "I know for a fact that they've made hires in production with adding people of color to the team. I know that there are people that are getting promoted within who are people of color," she says. "Those are steps that I want to see happen. I know that there are good people behind the camera and I know they want to see change. And I think sometimes you just have to be called out on it."

Despite how critical she's been of The Bachelor, Lindsay feels like there's a mutual respect between her and those who work on the show. She's grateful that the franchise introduced her to her husband Bryan, and for the wisdom it's helped her carry into her work on Ghosted, which seeks to give closure to people who have been ghosted by friends, family, and romantic partners.

"When I was the Bachelorette, I [remembered] what it was like to wait all week for 10 minutes with the lead. 'Do they notice me? Are they paying attention to me? And so as the lead, it really taught me to put [myself] in their shoes and give [my] all in that because that's all they have to go on," Lindsay recalls. "In the end, I was very honest with why I was sending them home, why it was over. I really didn't want to lead anybody on."

She says being up front is just as important on Ghosted. "It's an uncomfortable conversation ... because you're ending something," she says. "But you get it over with, and then the person ... [can] move on with their life. When you ghost someone, you know exactly why you did it, but the other person has no idea and that's a tough place to be in. So it's easier to just have that tough conversation very quickly."