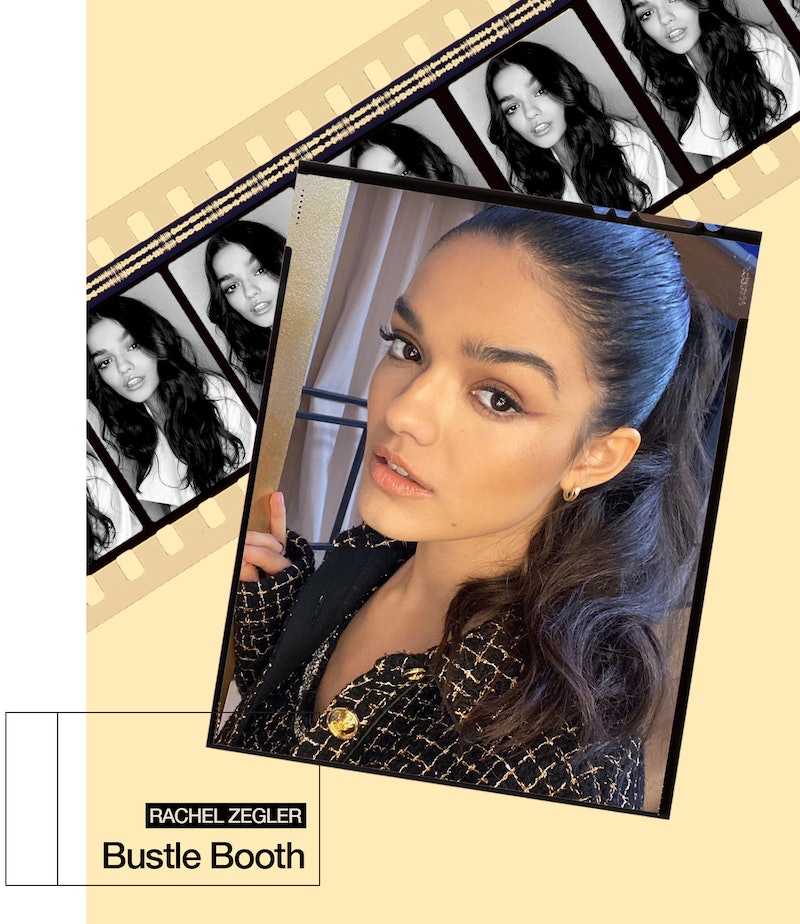 When Rachel Zegler taped a photo of Rita Moreno inside her high school locker, she had no idea she’d star in a movie with the iconic stage-and-screen actor, let alone in a new version of West Side Story — a remake of the same film that made Moreno a household name in the ‘60s. So naturally, the actor, now 20, made the most of her chance to meet her hero. “I picked [Moreno’s] brain to no end, probably to her annoyance,” says Zegler, who plays María in the new movie. “She’s a pioneer for so many Latinas in this industry. [In 1961], we were still viewed as gangsters, drug lord girlfriends, or maids. So much of that has changed, but we still have so far to go.”

Steven Spielberg’s new film reflects some of that progress. For one, there are no white actors in brownface, as there were in the 1961 version. The plot has also been re-centered around New York’s displacement of San Juan Hill residents — a former Upper West Side neighborhood primarily made up of Latine immigrants — to make way for Lincoln Center, Manhattan’s premier complex for the performing arts. “We finally get to tell [the immigrants’] story … It’s just one step, but it’s a great step,” Zegler says. “I would consider it a leap.”

Still, the actor is quick to point out that future generations will likely reimagine West Side Story differently. She believes that in the next version, the gangs would be more mixed (“Would it just be the Jets and Sharks, or would we also get the perspective of the Egyptian Kings or all the other gangs that were running around New York City at the time?”), and that there’d be a sharper conversation about the police who target people of color. But there’s one thing that probably won’t be revised, and she’ll still roll her eyes at it: María’s decision to run away with Tony after he kills her brother. “I’ve never understood that, as long as I’ve lived and as many times as I’ve read [Shakespeare’s Romeo and Juliet],” Zegler says. “[It’s] one of those moments where I want to speak directly to her and ask, ‘Girl, are you good?’”

But by the time the next reimagining comes out, Zegler will have passed the baton. “I feel like I’ll look back on this conversation one day and see how it aged, because I cannot imagine that someone isn’t currently brainstorming in their basement about a modern-aged, Gen Z version of West Side Story.”

And Zegler has plenty of change to reckon with herself. Just a few years ago, she was a teenage musical theater nerd at an all-girls school in suburban New Jersey. Now, after Spielberg plucked her audition tape from 30,000 other submissions, it’s Zegler who’s becoming a household name. “I live in New York, and this is my city, and all of a sudden it became my city, you know? I can’t go to a subway station, or see a bus or taxi, without seeing my face,” she says. She’d better get used to seeing her name in lights: In the past year alone, she’s snagged a Golden Globe nomination for her turn as María, the title role in Disney’s upcoming live-action remake of Snow White and the Seven Dwarfs, and has a yet-to-be-announced part in the DC Comics’ Shazam! Fury of the Gods. Not bad for someone who, not too long ago, was taping Lady Gaga covers in her childhood bathroom.

Get to know more about Zegler with her Bustle Booth questionnaire below.

“Here’s looking at you, kid,” from Casablanca. But I constantly quote the Singin’ in the Rain line, “What do you think I am, dumb or something?”

SpongeBob SquarePants, but I was also a Sesame Street and Muppets kind of girl.

I just finished Season 3 of Sex Education and I loved it.

I would love to be a guest on The Voice. I don’t think I could stomach being a judge and having to eliminate people, but I’d love to help the contestants as a guest.

“Edge of Glory” by Lady Gaga.

The entire West Side Story process has been inspiring. I’ve met so many incredible people and learned a lot about what it means to be in the public eye, and a lot of celebrities I’ve met have offered help and solace when I need it, or even a shoulder to cry on.

I want people to know my heart, and to speak about my well-intentioned actions and thoughts and words. I want to be remembered for my kindness when I’m gone.

More like this
Hailee Kaleem Wright's Topsy-Turvy Path From MTV To Broadway
By Samantha Leach
Gerard Butler Insisted On Adding This Pivotal Scene To 'Plane'
By Catharina Cheung
'That '90s Show' Star Callie Haverda Got Advice From Mila Kunis & Ashton Kutcher
By Brad Witter
Jemima Khan Used Her Own Life As Inspo For 'What’s Love Got To Do With It?'
By Darshita Goyal
Get Even More From Bustle — Sign Up For The Newsletter
From hair trends to relationship advice, our daily newsletter has everything you need to sound like a person who’s on TikTok, even if you aren’t.