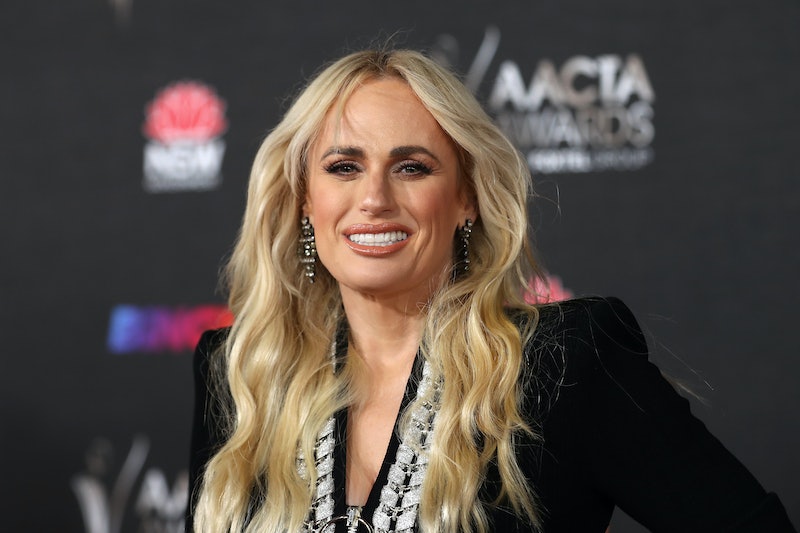 In the swathe of late noughties to early 2010’s rom-coms, there were some unforgettable films and moments from Leap Year to Easy A, Chalet Girl and more. None more so than Melissa McCarthy’s now infamous scene in the 2011 film Bridesmaids. Who can forget when her character, Megan, had to “let loose” in a high-end bridal store after being hit with diarrhoea. A rather graphic scene, not easily forgotten. And now Bridesmaids co-star Rebel Wilson has revealed she too was once caught short in public – in a horrifying echo.

Speaking on the podcast Life Uncut, Wilson was asked to provide her most embarrassing story. Explaining how she normally goes for hikes in Griffith Park in Los Angeles, she reminisced on one particularly memorable occasion.

“I was having a down day and ordered a whole pizza for lunch… and I feel like I had a two litre of Pepsi…” she explained but then decided, “I’m gonna go out for a walk.” And thus begins the gory tale.

“I go on the hike, and it’s hiking uphill, and I was feeling very sluggish after eating, like, probably thousands of calories. And the I start coming down the hill and there’s houses between my house and the park and then I get this instant feeling. I’ve got to go to the toilet, I can’t make it the few streets back to my place… It hit me and it was all inside and it just had to come out.”

She explained how she was “feral” and “I’m just in leggings, like I don’t look nice, I don’t have any makeup on or whatever. I’d been in the movie Bridesmaids so I was kind of recognised, not a superstar or anything, but I was kind of recognisable.” Clearly flustered she continued, “I’m in a residential street, houses on both sides… what am I gonna do? Just knock on their door and say ‘can I use your toilet?’”

Stuck too far from the toilet in the park or her home, eventually she made a decision. “I’m just gonna have to go in somebody’s front yard. I squat in this person’s front yard and then I’m just kind of frozen [thinking] what if somebody sees this… I often get papped there, going on the hike.” And when a car pulled up Wilson thought:

Wilson’s panic is clear before she reveals that the car owner was going into another house so she “just pulled up my pants and left”.

After joking about accidentally becoming the local poo-jogger, Wilson finished: “If anyone is listening and owned a house in Los Feliz and was very confused by what had happened and now they understand, just know I’m very, very sorry, and it won’t happen again.”

Wilson never fails to disappoint with her chaotic energy, whether the main star in a tragic emergency poo story or bringing hilarity to interviews and events. And she’s bringing all that energy and more to the 2022 BAFTA Awards, which she is officially hosting this year.

Speaking about the announcement, she said: “I am very honoured to be hosting the EE British Academy Film Awards in March, where lockdown will no longer exist because it will clearly have been canceled by then. It's going to be so much fun!”

And she even managed to slip in a pun, “So basically I'll just be there to hang out with Dame Judi Dench and together we'll both try and bond with Daniel Craig. And yes, I do mean ‘bond’.” At the 2020 BAFTAs, Wilson dressed in all black joking that she had “just come from a funeral... for the feature film Cats.” So who knows what to expect.

With the entire broadcast in her hands, we might even hear a retelling of more than one embarrassing story.

More like this
Stephen Graham & Steve McQueen Are Working On A Wartime Drama
By Darshita Goyal
Armani Jackson Is Following In His Famous Actor Sister’s Footsteps
By Catharina Cheung
Vanessa Bauer Is Reportedly Dating Her 'Dancing On Ice' Partner
By Darshita Goyal
Here’s How You Can Watch The Grammys 2023 In The UK
By Emma Madden and Catharina Cheung
Get The Very Best Of Bustle/UK
Sign up for Bustle UK's twice-weekly newsletter, featuring the latest must-watch TV, moving personal stories, and expert advice on the hottest viral buys.