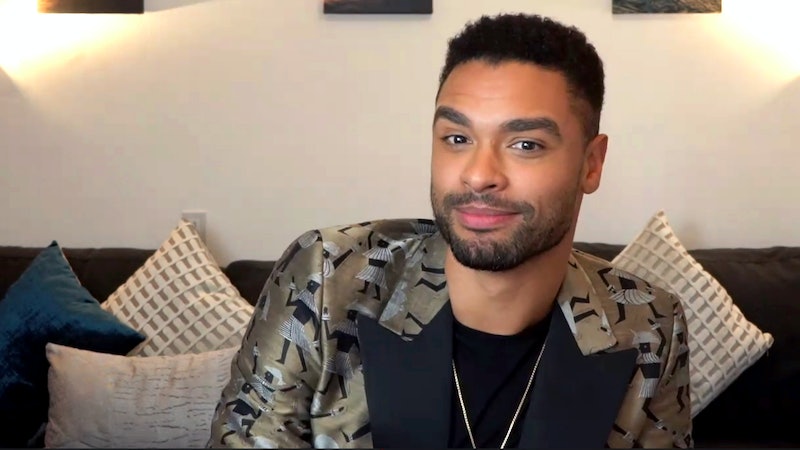 If you’ve been thinking of nothing but Regé-Jean Page whispering sweet nothings into your ear since marathoning Bridgerton, you’re in luck. The dream of having the devastatingly handsome actor by your side as you lie in bed has just become reality, sort of.

Page will be joining the likes of Harry Styles and Idris Elba in lending his dulcet tones to a Sleep Story for the mindfulness app Calm. The actor will take you on a journey through Olde Worlde England in The Prince and the Naturalist, a very apt story for a man that played Simon Bassett so well in Bridgerton. The story, which is available to listen to now, follows a naturalist and his royal pupil as they “discover the wisdom of nature” according to Calm.

“I know how valuable relaxation is for us all, especially in trying times, so I couldn’t be more glad to lend my voice to a Sleep Story,” Page said in a statement given to Bustle.

According to Calm, research suggests that one-in-four Brits are experiencing insomnia or are struggling to sleep since the start of the pandemic. One way to combat this taking the time out to prepare your body for sleep. Whether that’s by doing a 10-minute meditation session or listening to the app’s Sleep Stories, turning off the mind before hitting the hay can be extremely beneficial.

Page shot to fame playing the Duke of Hastings in Netflix’s racy period drama Bridgerton. His appearance on the show firmly cemented his status as an internet boyfriend and launched many a thirsty fan page including one dedicated to a scene from the show in which he licks a spoon.

It’s not the first time Page has read a story for the public, he also appeared on BBC children’s TV show Bedtime Stories to read Rain Before Rainbows, by Smriti Halls and David Litchfield. Like The Prince and the Naturalist it also touches on themes of nature, focusing on the travels of a little girl and her fox companion as they journey from a place of darkness to light.

Calm offers content under free and paid subscriptions, so why make those sleepless nights just a little easier with the soothing sounds of the Duke himself?