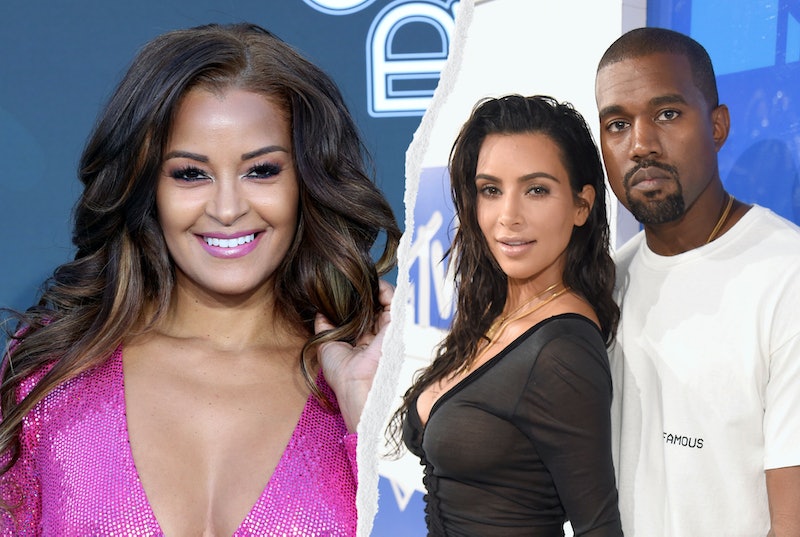 Real Housewives of Atlanta star Claudia Jordan just spilled some piping hot tea about Kanye West amid his divorce from Kim Kardashian. During an appearance on The Domenick Nati Show earlier this week, Jordan reminisced on a time in the distant past when the famous rapper tried to hook up with her. The kicker? According to the 48-year-old reality star, West was already dating the SKIMS founder at the time.

While sitting in the car alongside her current boyfriend KJ Dismute, Jordan was asked a wide range of questions, including whether or not she would ever consider dating West now that he’s newly single. “No. Kanye tried to already, so no, thank you,” Jordan responded. The talk show host then looked at Dismute and reminded him of the story. “He tried years ago. Me and Nikki Chu were in the club. They shut the door... I told you that whole story,” she continued.

Unfortunately, Jordan wouldn’t provide many other details about her encounter with the “Famous” rapper. However, she did reveal that out of respect for Kim, she didn’t hook up with the musician when she had the chance. “I met him before and, you know what, I hung out with Kim as well. And [because of] Girl Code, I couldn’t do it. Let’s say that,” she added. Bustle has reached out to West’s reps for comment and will update this story accordingly.

Jordan’s comments come just two months after Kardashian officially filed for divorce from West. At the time, TMZ reported that the 40-year-old Keeping Up With the Kardashians star asked for joint legal and physical custody of their children, which West was reportedly “fine with.” On April 9, West’s lawyer filed a response to the divorce papers, requesting joint legal and physical custody as well and citing irreconcilable differences as the primary reason for their split. The former couple also agreed that spousal support wasn’t necessary.

For the most part, Kardashian and West’s divorce seems to be going smoothly. In February, when the KKW Beauty founder officially filed the divorce paperwork, sources told TMZ that she and West remained “committed to co-parenting together” and that they were already “far along in reaching a property settlement agreement.” TMZ described the divorce as “amicable” and reported that neither party was contesting the terms of their prenuptial agreement.

Still, their split hasn’t been free of challenges altogether. In March, Page Six reported that the exes were no longer on speaking terms and that the 43-year-old musician changed all of his phone numbers. “Even before Kim filed for divorce, Kanye changed his numbers and said, ‘You can contact me through my security,’” a source told the outlet. Luckily, this didn’t get in the way of their ability to co-parent their four children — North, 7, Saint, 5, Chicago, 3, and Psalm, 1. “He loves them and is seeing a lot of them,” the insider added.

While there were certainly some things the couple had to figure out, like who would get their Calabasas home, their main priority throughout the entire divorce process has been their children. “They both agree that the less stress the kids experience, the better,” a source told People. “Kanye loves his kids. He wants them to be happy. He doesn't want to fight with Kim about anything.” According to one of People’s sources, West finally “resigned to reality” when Kardashian filed for divorce. “He knew it was coming, but that doesn't make it any easier.”