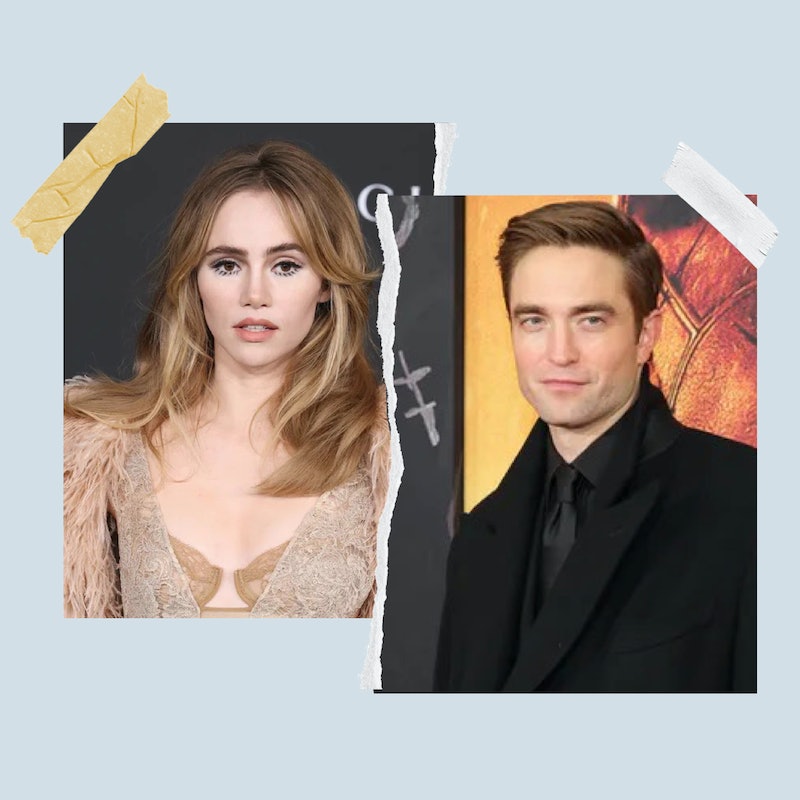 The new Batman continues to sweep his real-life girlfriend off of her feet. Robert Pattinson and Suki Waterhouse's relationship timeline proves that the couple are going strong after nearly four years of dating, but they remain fairly private about their relationship. The Twilight alum and the model, actor, and singer-songwriter have never appeared at public events together, and they make it a point to avoid commenting on their relationship in the press. But when the rare comment or funny story does slip out, which has happened as Pattinson promotes the March 4 release of The Batman, it only shows how much they’ve fallen for each other.

During an appearance on Jimmy Kimmel Live! in February 2022, Pattinson admitted that Waterhouse’s surprising reaction to The Batman made him “terrified” for the rest of the world to see it. “It was really her reaction that kind of changed the entire thing because I’m pretty sure she’s not normally into watching superhero movies,” he said. “Just seeing that it was capturing her attention the entire time and then she held my hand and touched it [to her face] and I could feel a little tear. I was like, ‘No way!’” Kimmel responded with a NSFW joke, asking if she was “super sexed up” after the movie, to which Pattinson quipped back with, “I mean, yeah!” They may be a private couple, but that doesn’t stop TMI jokes, apparently.

As their love continues as he promotes The Batman, let’s take a look back at how it all started and how the couple got to where they are now.

Pattinson and Waterhouse were first linked on July 30, 2018, when E! News obtained pictures of the two showing PDA in London. “They were very close and cuddled and kissed many times,” an eyewitness told the outlet. “Robert was very affectionate to her and had his arm around her the whole way and Suki reciprocated by holding his hand and kissing it. They were very loved up and close.”

Just a couple days later, on Aug. 1, Us Weekly reported that Pattinson and Waterhouse had been dating for "months" already. However, E! News reported that the two were still only "casually dating" at the time, claiming that Pattinson was not "looking for anything serious right now" and wanted to have some fun while filming his Netflix film The King in London. "Rob likes to have fun when he has breaks in-between filming and him and Suki have a great time together," a source told E!.

Later that month, there was already potential trouble in paradise when the Daily Mail reported that Waterhouse had split from Pattinson on Aug. 25. Luckily for any Rob-Suki shippers, LaineyGossip disputed Daily Mail's report that the couple had already broken up. The outlet reported that they were seen together at a Miguel concert in Los Angeles in early September, while Pattinson was reportedly spotted FaceTiming Waterhouse while walking in London.

These reports were seemingly confirmed over the next few months, as Pattinson and Waterhouse were seen together several times in London during the holidays, even celebrating her birthday together at a party in January 2019.

In an interview with The Sunday Times, Pattinson made his first public comments about the relationship. When asked about Waterhouse, the actor confirmed his romance by responding, “Do I have to [talk about her]?” Rather than address her directly though, he explained that his previous high-profile relationships didn’t deter him from pursuing a celebrity like Waterhouse, and talked about why he actively keeps those relationships private.

“If you let people in, it devalues what love is,” he said. “If a stranger on the street asked you about your relationship, you’d think it extremely rude. If you put up a wall it ends up better. ... The line between when you’re performing and when you’re not will eventually get washed away and you’ll go completely mad.”

Things were been pretty quiet for Robki for the next few months, with only a handful of FaceTime reports and public sightings, including a reported double date with Taylor Swift and Joe Alwyn. But, in early September, photographer Sofia Malamute posted a photo of Pattinson and Waterhouse posing together, the first publicly shared snapshot of the couple. However, the post has since been deleted, only indicating how they want to keep their romance under wraps.

Pattinson and Waterhouse’s relationship was going so strong at the start of 2020 that the couple sparked engagement rumors when they were spotted at a Dior dinner party pre-quarantine, with Waterhouse sporting a ring on her left ring finger. However, neither one of them confirmed or commented on the news, and she reportedly hasn’t worn the ring again as of yet.

May to July 2020: Quarantine Couple

Pattinson basically confirmed his relationship with Waterhouse once again in a May 12 interview with GQ, who reported that the Tenet star was quarantined “with his girlfriend” in a London apartment that was rented for him by producers on The Batman while he waited for filming to resume. Hopefully she was spared from trying Pattinson’s infamous pasta creation — the “Little Pillow” — that he attempted to make during said GQ interview.

In July, it was reported that Pattinson and Waterhouse were living together in London during quarantine and were enjoying the unexpected quality time, so much so that their relationship was stronger and moving faster than ever. “They are very loved-up,” a source told PEOPLE. “They haven’t been together that long. But everything seems on the fast track. They are always laughing and smiling at each other.” That same month, Waterhouse sparked engagement rumors again after she was seen in public with a gold ring on her wedding finger.

Just days after Pattinson returned to the Batman set, it was reported that he had tested positive for COVID-19. Neither Pattinson nor Warner Bros. confirmed the report, but the studio did confirm that a member of the production had tested positive and that they had temporarily paused filming. After his reported COVID-19 recovery, Pattinson was spotted making out with Waterhouse while out at a London park.

On April 15, Waterhouse posted a sweet selfie to Instagram, but it was a small item in the background that caught fans’ attention. Look at the bookshelf to the model’s left and you will see a framed photo of two people kissing, who look an awfully lot like Pattinson and Waterhouse. Also, is there another couple that Waterhouse would have a kissing photo of in her living room? That’d just be awkward.

In the third episode of HBO Max’s Gossip Girl reboot, Luna tells new girl Zoya, “He’s R-Patz and you’re Suki Nobody,” to describe her blossoming romance with Obi. While she was still happy with Pattinson, Waterhouse did not take kindly to this comment, tweeting then quickly deleting her response to the mention. “Another day to be reminded that women can also be the patriarchy,” she reportedly wrote, as reported by E! News. “Seeing critiques of patriarchy and sexism, then I get name-checked as somebody’s ‘nobody’ girlfriend. Make it make sense!”

February 2022: R-Patz Opens Up About Suki

In a February interview with GQ, Pattinson opened up — just a little — about his relationship with Waterhouse, explaining that she inspired his last-minute decision to change the location of his interview from London Zoo to Holland Park. “I was talking to my girlfriend last night and she was, like, ‘You know, people don’t really like zoos.…’” he said.

Pattinson also recalled a recent incident where Waterhouse low-key trolled him by entertaining a repairman at their house who was a Batman fan. “He just randomly started talking about what a DC [Comics] fan he is,” he explained. “I’m sitting there facing the other direction, and my girlfriend just keeps continuing the conversation with him. And I’m looking at her like, ‘Shut the f*ck up! Why are you doing this to me?’ She was very entertaining. Just talking to an obsessive fan.”

More like this
Chris Moyles’ Partner Supports Him In The Sweetest Way
By Darshita Goyal
Olivia Wilde & Harry Styles Are Reportedly "Taking A Break" After Almost 2 Years
By Jake Viswanath and Radhika Menon
Billie Eilish Has An Exciting Relationship Update About Her Boyfriend
By Grace Wehniainen
Who Is Pete Davidson Dating? He "Courted" Emily Ratajkowski At A Knicks Game
By Jake Viswanath
Get Even More From Bustle — Sign Up For The Newsletter