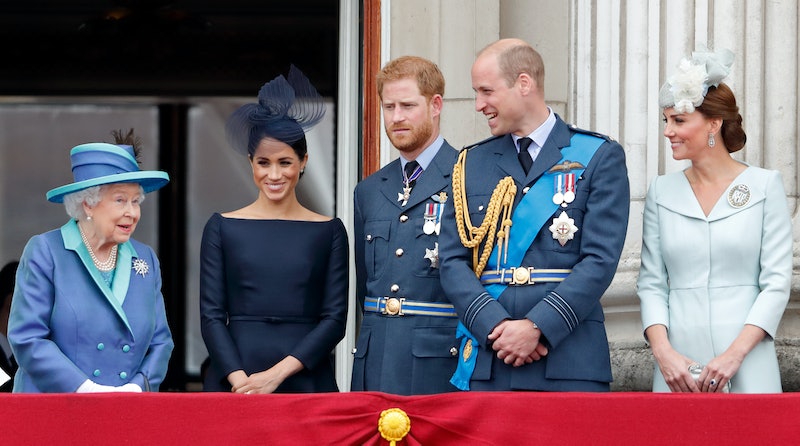 Harry and Meghan are currently in his homeland, celebrating the 96-year-old queen’s historic 70 years on the throne, and they made their first joint public appearance in the UK since 2020 at a June 3 Service of Thanksgiving at St. Paul’s Cathedral. Though there’s yet to be official confirmation, the queen met Lilibet for the first time one night earlier following the traditional Trooping the Colour event, in addition to reuniting with her 3-year-old great-grandson, Archie, according to Entertainment Tonight.

Multiple outlets cited sources stating that the queen would also attend Lilibet’s birthday party at Frogmore Cottage, aka the Sussexes’ former British home, on June 4. The monarch was even said to be likely to miss her favorite sporting event, the Derby horse races at Epsom, to attend the celebration, per the Daily Mail. However, William and Kate reportedly didn’t plan to be among the attendees, as they were scheduled to appear at the Platinum Jubilee Celebration Concert 130 miles away in Wales.

Though Harry and Meghan’s latest UK visit marks the queen’s first opportunity to meet Lilibet, the couple just surprised the matriarch in April when they were en route to the Invictus Games. As Harry told Today’s Hoda Kotb afterward, he and his wife shared some “great” laughs with her over tea. “It was just so nice to see her … She’s [in] great form,” the Duke of Sussex recalled of their visit. “She’s always got a great sense of humor with me.”

Discord within the royal family following the Sussexes’ decision to step back from royal duties and relocate to the United States hit a peak following the couple’s candid interview with Oprah Winfrey in 2021. In particular, William and Harry’s strained relationship has been the focal point for many royal watchers. Birthday party scheduling conflict aside, multiple outlets have also reported that the brothers have no plans to spend private family time together during this trip, either.

On June 2, a source described the princes as still navigating a “frosty relationship” to Page Six. “At the moment, it does not look likely that Harry and Meghan and William and Kate will meet up separately during the Jubilee celebrations,” an insider claimed to the outlet. “There is certainly nothing in the diary at the moment.”

More like this
Lilibet & Prince Charles’ First Meeting Was Emotional, According To Reports
By El Hunt
An 'Emily In Paris' Fave Is Joining Season 5 Of 'The Crown'
By Bustle Editors
Don't Expect To See Your Fave Modern Royals Depicted On 'The Crown' Season 6
By Jack Irvin
Adele Says It Would Be “Wonderful” To Have Kids With Boyfriend Rich Paul
By Jake Viswanath
Get Even More From Bustle — Sign Up For The Newsletter