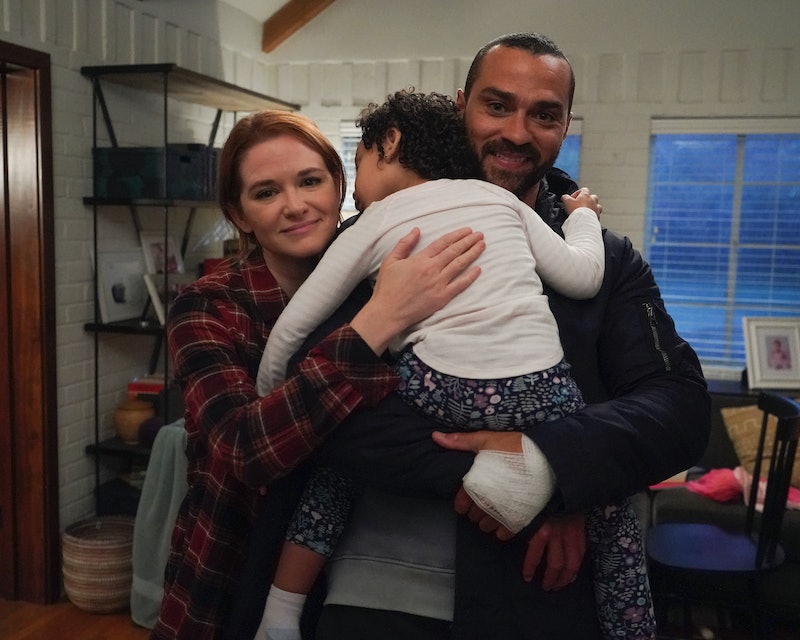 ABC/Richard Cartwright
By Brad Witter
May 8, 2021

Spoilers ahead for Grey’s Anatomy Season 17. Sarah Drew returned to Grey’s Anatomy just in time to help Jesse Williams leave the ABC medical drama. In the May 6 episode, Jackson Avery (Williams) paid a visit to ex April Kepner (Drew) to announce his desire to leave his surgical job at Seattle’s Grey Sloan to take charge of his family’s foundation in Boston — and to ask April to move to the East Coast with their daughter, Harriet, too. After some debate, a newly single April agreed, leaving hopes for a romantic future up in the air.

Despite the ambiguity, Drew’s ideal ending for “Japril,” as the former couple is known in the Grey’s fandom, was a bit more definitive. “They run off into the sunset!” the actor joked to reporters during a May 7 Zoom roundtable interview, revealing she’s personally decided the Japril is endgame. “I have such hope. I have such tremendous hope that these two people will come back together.”

After all, Drew added, they’ve both matured since their past breakups: “You witness these two people that really want good things for the other person. They’ve moved past the epic traumas that drove them in different directions, and they’re settling into, really, their true selves. And I think this new maturity leaves space for them to find one another again as a full-on partnership. I mean, that would be my hope for them.”

Although Drew would totally be down for a Japril Grey’s spinoff in Boston (“How cool would that show be?”), she noted the decision is not up to her. That said, both she and Williams have offered plenty of input to the writers over the years — including with the most recent episode. Explaining that what aired on May 6 was “very different from what the original pitch was,” she said they “did definitely weigh in” and made suggestions to the series’ creative team. One example: “I pitched the hug. I was like, we gotta give them a Japril hug.”

The actor, who’s now recurring on Freeform’s Cruel Summer as Cindy Turner, also shared there are “a million examples” of her and Williams collaborating with the Grey’s writers over the course of her nine season on the show. For instance, in Season 9, the duo suggested adding the scene where Jackson let April know he was casually dating Stephanie Edwards (played by Jerrika Hinton) so she didn’t have to “find out about it in the halls of the hospital” from someone else. “It’s this very sweet scene that I think speaks volumes about the respect they have for one another,” she explained. “But, again, that was our pitch; it wasn’t on the page.”

Although nobody, including her, knows what happens next for Japril, Drew borrowed a line from April to sum up her wish: “Fingers crossed for new horizons, guys. Fingers crossed.”