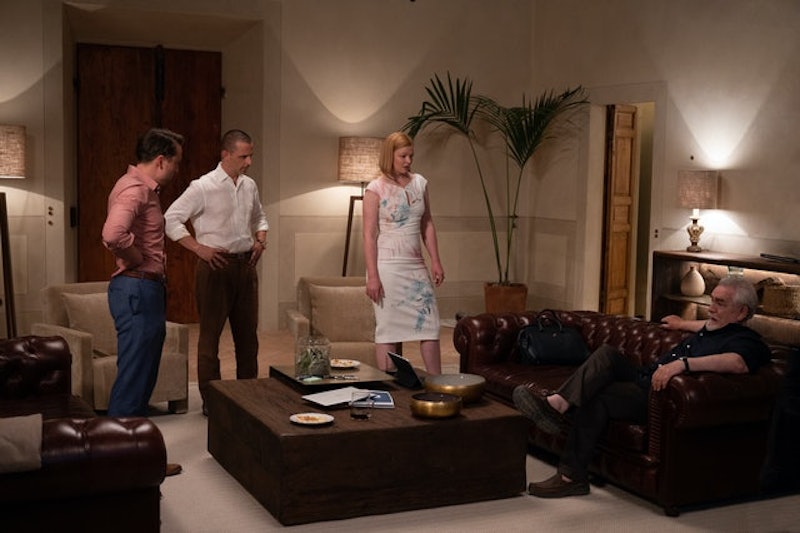 Odds are, if you’ve watched the season three finale of Succession you are still reeling from it. The unexpected sibling love, the downright savage quips, and Tom Wambsgans’ daring play… it’s just too much. But according to Sarah Snook, there was one “brilliant” scene that didn’t make the final edit.

The actor, best known for playing Shiv Roy, told the Hollywood Reporter that about a scene between her character and Marcia – current begrudging wife of Logan Roy, played by Hiam Abbass – which was cut from the final episode.

“There was a really good scene between Marcia [Hiam Abbass] and Shiv in the finale where Marcia is just … brilliant,” she explained. “She has this backstory bit and talks about how spoiled the kids are.” (No surprises there.)

But why was it cut? “Probably because of momentum, but it was just great,” she said. Adding, “I love any scene that I get to do with Hiam or J. Smith-Cameron or any of the other women in the show.”

Snook also revealed how the ending of the show was actually improvised. “There were multiple different endings. There was a version where Roman was supplicating with the top tier again. There was one with Kendall getting really angry and going out to confront Logan a bit more. Shiv is just in this shock of what has just happened.”

“Her mom has abandoned them. Her dad has done the dirty on them and then she sees her husband do the same thing. It’s like, ‘I can’t trust a single person.’ So as the proximity of Tom closed in, I had to play with, like, ‘What do I show?’ We all have private and public masks. What do I show Tom in terms of the knowledge he thinks that I have? Seems wise to hide that I know that he did that.”

The changing power dynamic was also reflected in the character’s wardrobes, but perhaps most saliently in the demise of Shiv’s taste and the rise of Tom’s sartorial star. “[Shiv’s] usual meticulous and understated fashion sense gives way to a more overt statement of unease through the use of deeper colour tones and more revealing cuts,” explained costume designer Michelle Matland in an interview with W Magazine.

“Tom always attempted to dress dapperly to compensate for his feelings of inadequacy toward his new family’s established wealth and stature,” she explained. “Now, with his certified allegiance to Logan, he is finally secure and enjoying his new power in the Roy dynamics.”