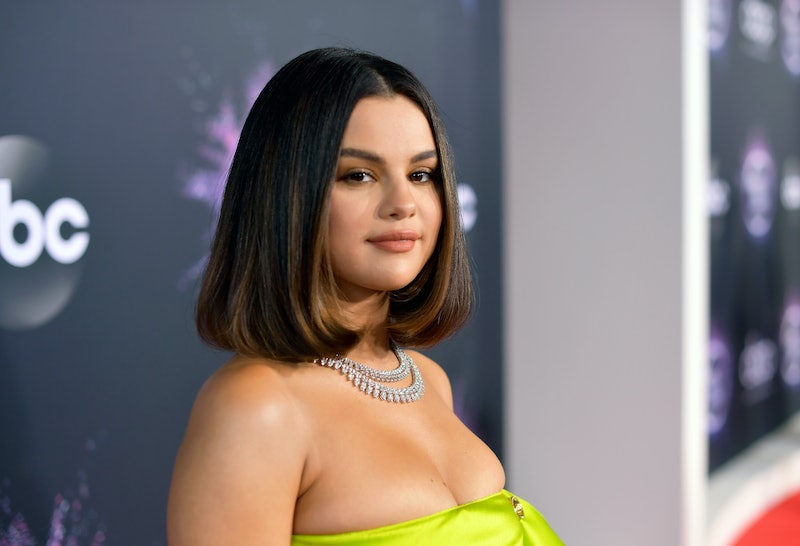 Selena Gomez is pretty much TikTok royalty, but the latest snippet she shared on the viral video app is getting some backlash. On Tuesday, Nov. 30, the “Lose You To Love Me” singer posted a duet with Dr. Dawn Bantel, who explains what the Centers for Disease Control and Prevention defines as “heavy drinking.” Gomez — who underwent a kidney transplant five years ago and also has Lupus — seems to suggest that her drinking habits fit the bill, and it’s not going over well with fans.

In the video, the former Disney Channel star rolls her eyes and bites her nails as Dr. Bantel reveals what is considered a “heavy drinker.” “The CDC defines heavy drinking as 15 or more drinks for men and eight or more drinks per week for women,” she says. And even though the 29-year-old-pop star wrote that it was just a joke in the caption, that didn’t stop critics from flooding the comments.

“So one of your best friends gives you her kidney and you continue to drink excessively,” one user wrote in a now-deleted comment, per Daily Mail. “Damn Selena.” The pop star quickly responded, reminding the commenter that this TikTok was not to be taken seriously. “It was a joke ass,” she wrote. Shortly after, the thread vanished.

But that wasn’t the only person who thought the joke was unnecessary. Several others criticized Gomez for drinking after her friend Francia Raisa donated a kidney to save her life. “Don’t you have a kidney to take care of...” TikTok user @madetoloves wrote. “I don’t know but if my best friend donated a kidney for me to be able to survive I wouldn’t drink a drop,” someone else commented. “To each [their] own.”

For the most part, the comments were full of fans coming to Gomez’s defense. “This intelligent woman has an autoimmune disease, a booming beauty label, and an active acting career,” @therealmyajones wrote. “She wouldn’t do anything to jeopardize her health.” Several other fans told the haters to leave her alone because it was “obviously a joke.”

Gomez was diagnosed with Lupus in 2015 and had her kidney transplant roughly two years later. Last March, in honor of World Kidney Day, Raisa reflected on her experience as a donor. “At the beginning of my recovery, I was a little bit sad,” she confessed. “You’re already going through something, and then there’s the added pressure of ‘I don’t look the same. I don’t know if I feel comfortable in my body.”

Now, Raisa has an entirely different perspective. “I wouldn’t be here if it wasn’t for that scar, and now I look at it in a much different way,” she continued. “I feel like I’m more of a warrior.” Gomez, for her part, is eternally thankful for the Grown-ish actor. “Thank you for blessing me,” she wrote in response to Raisa’s emotional Twitter thread. “I am forever grateful to you.”

More like this
Selena Gomez Joked About Her Relationship Status In Her ‘SNL’ Monologue
By Grace Wehniainen
Taylor Swift, Kerry Washington & More Speak Out On Uvalde Mass Shooting
By Jake Viswanath
Selena Gomez’s ‘SNL’ Hosting Debut Had Twitter Gushing Over ‘Barney’ & Wigs
By Stephanie Topacio Long
10 Times Diana & Meghan Spoke Similarly On The Royal Family
By Sophie McEvoy
Get Even More From Bustle — Sign Up For The Newsletter