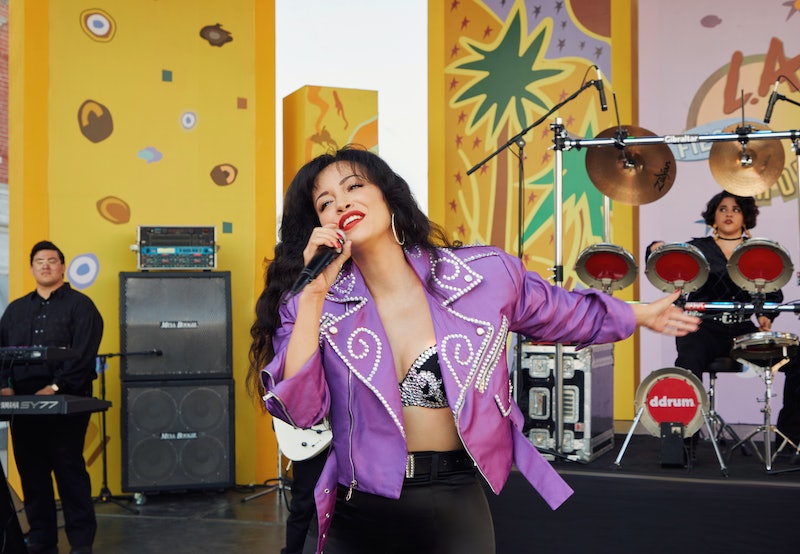 Part 1 of Netflix’s biographical drama Selena: The Series recounted Selena Quintanilla’s childhood in Texas and the release of her first album, Ven Conmingo. Part 2, out May 4, explores her first English-language album, her 1992 marriage to Chris Pérez, and her ill-fated relationship with Yolanda Saldívar, who ultimately shot and killed her on March 31, 1995. “With this series, viewers will finally get the full history of Selena, our family, and the impact she has had on all of our lives,” Selena’s sister, Suzette Quintanilla, said of the show in 2018, per Deadline.

Netflix has not announced if Selena: The Series will return for Part 3, but it was initially pitched as a limited series. Creator Moisés Zamora had worried that executives wouldn’t see the value in a show about Selena beyond three or four episodes, so he mapped out the story with a tight 20-episode arc. “I saw that we could really just see the journey that this family takes,” he told Deadline. “We can also see, piece by piece, the making of Selena.”

So far, 18 episodes have been released, but Zamora hasn’t confirmed if that’s the end of the series. “That’s up to Netflix’s discretion to say how many more,” he said.

It’s unclear if and how the show would continue without Selena, but it’s not unheard of for a Netflix series to carry on without the lead. While a very different drama, 13 Reasons Why shifted focus from Hannah’s death to Clay and continued for three more seasons. With that in mind, here’s everything we know about a potential Selena: The Series Part 3.

When would Selena: The Series Part 3 Premiere?

Parts 1 and 2 aired within five months of each other, but that’s likely because Zamora was given the green light for both seasons from the start. Should Selena land a renewal, Netflix dramas typically take a year to produce. So fans could potentially expect to see a Part 3 sometime in spring 2022.

The Selena: The Series Part 3 Cast

The whole Quintanilla family would likely return, including Gabriel Chavarria as A.B. Quintanilla, Ricardo Chavira as Abraham, Noemi Gonzalez as Suzette, and Seidy López as Marcella. Jesse Posey would also likely play a major role as Selena’s husband Chris Pérez, and it’s possible Christian Serratos would continue to appear as Selena in flashbacks.

What would Part 3 be about?

Suzette Quintanilla is one of the executive producers on the show, so if there’s a Part 3, it will likely follow the Quintanillas as they cope with Selena’s death and figure out how to carry on her legacy.

This tracks with Zamora’s bigger vision for the show: he told Deadline that Selena is ultimately a story about the whole Quintanilla family. “We actually did so much research that there was a lot of storylines we wanted to include but we couldn’t,” Zamora explained. “It was very clear to us that this was a family drama because she started so young.”