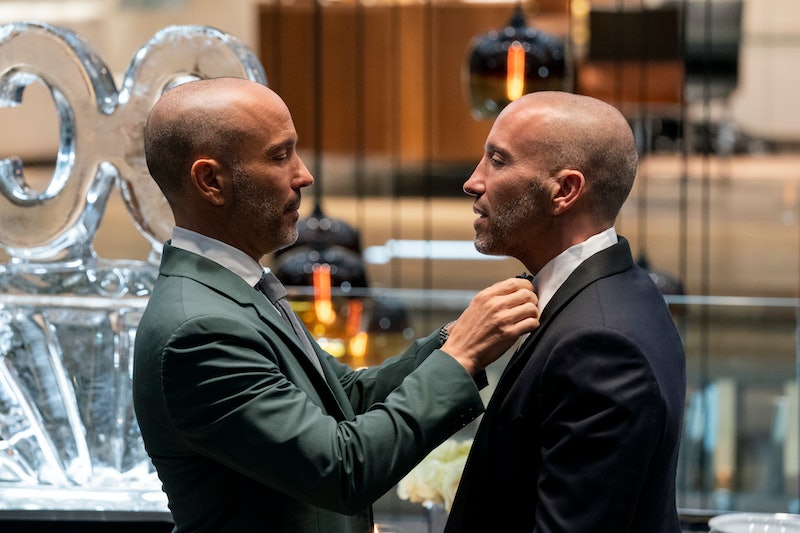 High-stakes real estate drama is officially back on our screens with the new season of Selling Sunset, but eagle-eyed fans have spotted that certain scenes might well be more theatrical than others. In a scene during episode seven, Chelsea Lazkani arrives at the office with an “astounding” surprise offer from a buyer. After fellow agent Heather Rae El Moussa fails to persuade her own client to match it, Jason Oppenheim quickly heads outside the office to call one of his own clients, and hands the luxury property to Lazkani’s buyer instead. The coup leads to an official job offer from the Oppenheim Group for Lazkani – “I’m a man of my word,” he says – but some fans are questioning whether the conversation really took place.

“My vibe today is Jason talking to his camera pretending to call a client,” joked one viewer. In a screenshot taken while he’s chatting on the phone and sharing that great info, his screen shows an open camera app.

Though some viewers have pointed out that the conversation could be real – it’s possible to speak on the phone while you’re using other apps, after all – this isn’t the first time that Selling Sunset stars have been accused of faking phone calls in the name of whipping up a little extra drama.

“Same energy with Heather talking to her home screen in season 1,” chimed in another fan. Another pointed out that Selling Sunset’s creators also worked on reality shows Laguna Beach and The Hills. A star of the former, Kristin Cavallari, previously claimed producers fed her lines on Laguna Beach during “fake phone calls or pick-up scenes.”

The sneaky spot came hours after Christine Quinn – who also features in the scene in question – hinted at “5,000 fake storylines!” in the new season.