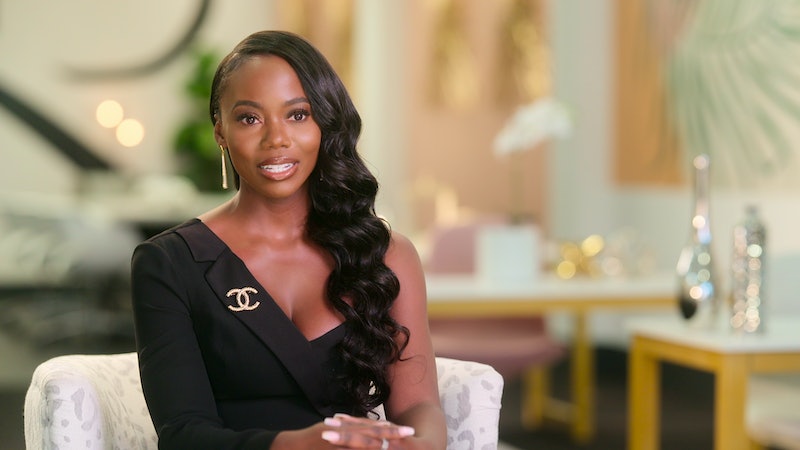 Get ready to meet a whole new cast of luxury real estate agents in Selling Sunset’s spinoff Selling Tampa. Set in Tampa, Florida, the reality series follows Allure Realty owner Sharelle Rosado and seven of her top agents. Among the cast members is Colony Reeves, a Tampa native who was inspired to get into real estate by her dad. “He has always invested in real estate and has several rental properties,” Colony told Voyage Tampa in February. “He figured I would do well because of my vibrant personality, people skills, work ethic and knowledge of Tampa neighborhoods.”

Here’s everything else to know about Colony.

Colony Didn’t Always Want To Be A Realtor

As Colony told Voyage Tampa, she was originally interested in turning her passion for pageants, dance recitals, and modeling into a career. “I was different from my fellow friends and classmates. While they were playing outside on the weekends, I was going to castings and auditions,” she said. But after graduating from the University of South Florida, she realized that she didn’t really know what she wanted to do with her life. She briefly settled for an elementary school teaching position, but it didn’t make her happy.

At the suggestion of her dad, Colony decided to try real estate and got her license in 2017. It didn’t come to her naturally. “It has not been a smooth road,” she told Voyage Tampa. “My first year in real estate I had no idea what I was doing! The first brokerage that I hung my license with provided very little training, and the top producing agent that I was assigned to shadow never had time to actually show me the ropes.” She nearly quit the business after just a year, but after switching firms, she finally built up the skillset she needed to thrive.

Colony went on to join Allure Realty in October 2019. “Pursuing a career in real estate is the best decision that I have ever made,” she said. “I get the feeling of fulfillment every time I get to help and educate someone on purchasing or selling their home.”

You can see some of Colony’s work life on her Instagram. She seems particularly close to her Selling Tampa co-star Anne-Sophie Petit-Frere, who sits next to her in the office. “Either you run the day or the day runs you....Anne and I are choosing to take control of ours and get your home sold,” Colony wrote in an April post. She also shares positive reviews from happy clients on her page, with one noting that she “pays great attention to detail” and is both a “great agent, [and a] great friend.”

Colony uses social media infrequently, and based on her few posts, it doesn’t appear that she’s currently dating anyone. In the show, her storyline seems to have less to do with romance and more to do with her friendship with Anne-Sophie and Rena Upshaw-Frazier. According to the Selling Tampa trailer, it’s Rena who suggests that might be better off starting a firm apart from Sharelle. That drama will undoubtedly blow up by the end of the season.