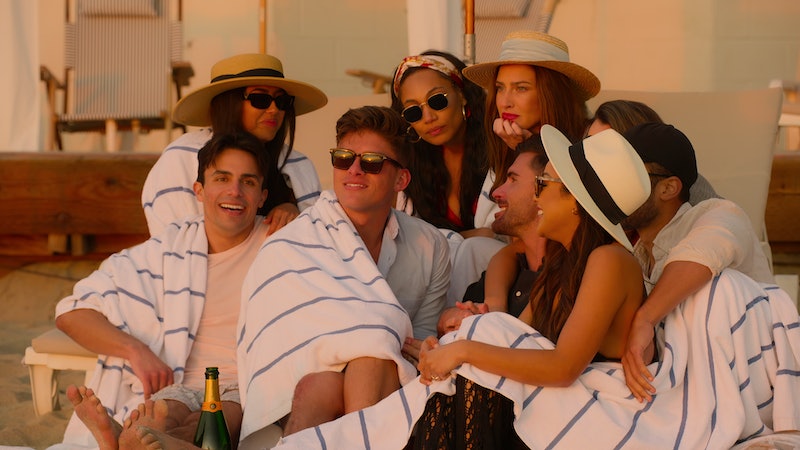 The Oppenheim Group is expanding, and Netflix’s Selling The OC gives viewers a behind-the-scenes look at all the luxury real estate and co-worker camaraderie — and plenty of drama in between. The second Selling Sunset spinoff, which premiered its inaugural season in August 2022, focuses on a fresh set of realtors competing to establish themselves at brothers Jason and Brett Oppenheim’s new office in Newport Beach, California. In the reality series’ official synopsis, Netflix hinted that the pressure could prove to be too much for the agents to handle.

They’re going to another chance to demonstrate their worth though: Netflix renewed Selling the OC for Seasons 2 and 3, the streaming service announced on Jan. 18. Several months earlier, the Oppenheims had already expressed confidence in the show’s staying power though. Ahead of the 2022 premiere, Jason told Today he didn’t think he’d “ever been more excited to watch a season.”

As such, he had high hopes for the spinoff, while also expressing his desire for people to “watch it for what it is and don’t make comparisons to other shows,” including Selling Sunset “These people are their own agents. They have their own lives and they’re doing their own thing,” Jason added. “I think it should be judged on its own merits. I think it’ll do quite well.”

Time will tell if his prediction holds true, but, in the meantime, here’s what we know so far about Selling the OC Season 2.

The Selling The OC Season 2 Cast

The Oppenheim brothers said they spent a couple of years putting their staff together. “We just met people in different ways. And it was just very organic. And I love the way it all came about. I got really lucky,” Brett explained in their joint Today interview.

Those hoping to get hired ahead of a potential second season might have a bit of an uphill battle though, as they receive “probably a dozen” resumes every day. “I’m very particular on the type of person that I want to work at the Oppenheim Group,” Jason added. “I want to make sure they’re successful. That I get along with them. They get along with other people. They’re ambitious and intelligent.”

Netflix revealed that production on Season 2 will begin in winter 2023, though the streamer has yet to announce a return date. Looking to the past, Variety reported in early November 2021 that Season 1 filming was already underway, though the series didn’t debut until almost 10 months later. Having gotten its footing with an inaugural season, production likely won’t take as long though, and Selling the OC Season 2 could drop in summer 2023. .

The Selling The OC Season 2 Trailer

Netflix dropped the Season 1 trailer just two weeks before the show’s premiere in August 2022. Because another season has yet to be announced, let alone filmed, there is currently no Selling the OC Season 2 trailer.

This post will be updated as more Selling the OC Season 2 details become available.

More like this
'The Crown' Season 6 Has Suspended Filming "Out Of Respect" For The Queen's Death
By Bustle Staff
Andy Cohen Apologized To Larsa Pippen After A 'RHOM' Season 5 Reunion Dust-Up
By Brad Witter
Everything To Know About 'The Real Housewives Ultimate Girls Trip' Season 4
By Jake Viswanath
Everything To Know About A Potential 'RHODubai' Season 2
By Kadin Burnett and Brad Witter
Get Even More From Bustle — Sign Up For The Newsletter
From hair trends to relationship advice, our daily newsletter has everything you need to sound like a person who’s on TikTok, even if you aren’t.

This article was originally published on Aug. 27, 2022