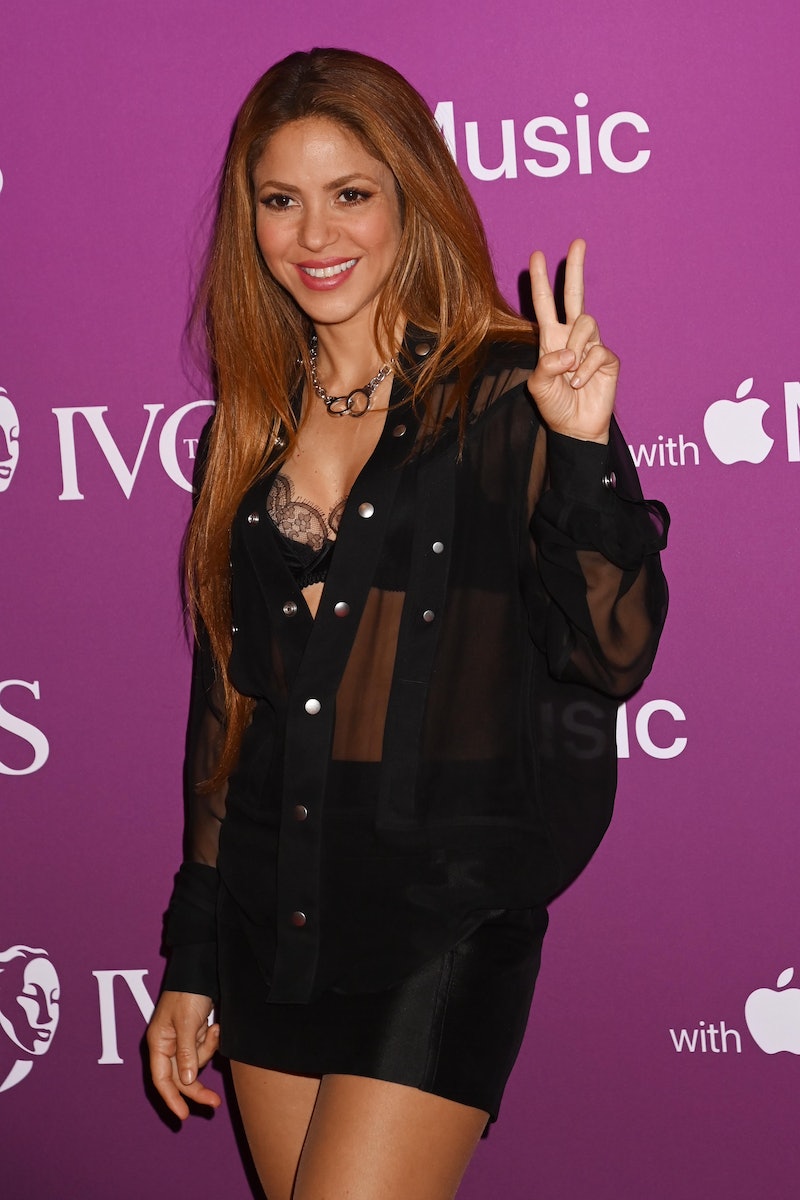 Just in case you needed proof that Shakira has been at the top of her game for a long, long time, it’s here. On Aug. 11, the three-time Grammy shared a throwback Instagram post with early aughts footage that has aged hilariously. In it, Shakira encounters a camera phone for the first time and has many questions — and concerns — about the then-novel technology.

The video was filmed in 2002 when Shakira went to do an interview with Japanese journalist Katsuya Kobayashi, according to Peru’s La República. Clearly, cellphones with cameras were new to her (and most of the world) at the time. Seeing a woman with one, she asked, “Is that a camera? … You have to show me.” Then, once she had inspected it, Shakira added an amazed “Oh, my God!”

Though the Colombian singer was impressed, she also had some concerns. “Where do you get this? This one doesn’t work in America, no?” she asked. When the woman responded that it didn’t, Shakira replied, “Thank God, because imagine all the paparazzis...”

In present day, the Dancing With Myself creator made light of the decades-old video, which had Stranger Things-sounding audio and warnings of danger added. “Can’t see these camera phones catching on…” she joked in her Instagram caption, adding in Spanish that she can hardly see how much they’ve changed.

What’s striking in the video isn’t just how far cellphones have come since the early 2000s but also just how long Shakira has in the public eye. The singer, now 45, rose to fame in the Spanish-speaking world with her 1995 album Pies Descalzos before later rising to global superstar status after 2001’s Laundry Service. Dealing with paparazzi has been a part of that journey, as her throwback video shows. She’s had to put up with a lot, including paparazzi reportedly rifling through her garbage amid false pregnancy rumors in 2016 and allegedly stalking her and her kids in 2018.

In recent months, privacy has been particularly important to the “Te Felicito” singer. She and longtime partner Gerard Piqué, the father of her two children, announced their split in early June. “We regret to confirm that we are separating,” they said in a statement, per the Associated Press. “For the well-being of our children, who are our highest priority, we ask that you respect our privacy. Thank you for your understanding.”

Additionally, Shakira is set to go to trial in Spain for alleged tax evasion, as CNN reported in July. She has maintained her innocence, with her team saying in a statement that “she has always shown impeccable behaviour, as a person and taxpayer.”

Despite any personal challenges, Shakira is still having fun on her social media, and her fans are here for it. “This video is iconic,” one fan commented in Spanish about her reaction to the camera phone. Another added that “Shakira looks the same,” pointing out that the technology may have changed drastically over the years, but the superstar has not.

More like this
20 Years Later, Kelly Clarkson & 'American Idol' Judges Reunite For Her Hollywood Walk Of Fame Star
By Radhika Menon
The Spice Girls Just Dropped A Brand New Music Video
By Sam Ramsden
Everything To Know About Taylor Swift’s 10th Studio Album, 'Midnights'
By Grace Wehniainen and Jake Viswanath
Lizzo Twerks While Playing James Madison's 200-Year-Old Crystal Flute Onstage
By Radhika Menon
Get Even More From Bustle — Sign Up For The Newsletter