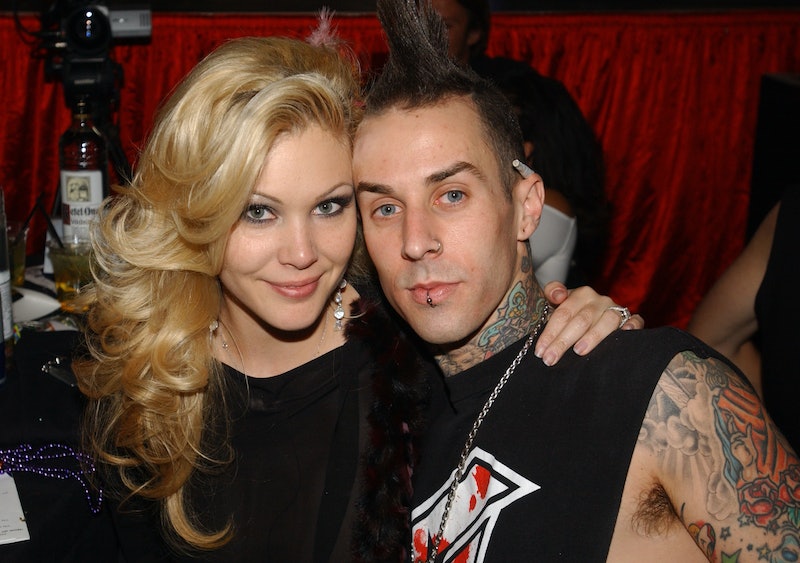 Fourteen years after their divorce, Shanna Moakler is auctioning her engagement ring from ex-husband Travis Barker. “I think it is a beautiful piece and truly was my dream ring,” Moakler, who was married to the Blink-182 drummer from 2004 to 2008, explained to Us Weekly on May 27. “However, that chapter of my life is over and even though wearing it at one time brought me great joy, I hope it will find a new home and continue to bring someone as much happiness as it once did to me. It’s truly an iconic ring!”

Scheduled to run until May 31, the Worthy auction started bidding for the Cartier 4-carat, round-cut solitaire ring with a diamond encrusted platinum band at $51,000. According to the Celebrity Big Brother alum, the sparkler “was worth about $160K,” and she is “hoping it sells for $120K.” As of publication, there had, so far, been 10 bidders, and the top bid was $70,252.

In a May 27 interview with People, Worthy.com co-CEO Steven Schneider noted that he doesn’t know “specifically what Shanna is planning to do with the money,” but nonetheless trusts that she “will use the proceeds to turn the reminders of the past into new opportunities.”

Though Barker and Kourtney Kardashian’s wedding in Portofino, Italy, just took place on May 22, Moakler insisted that the timing was coincidental. The former Miss USA’s children with Barker, Landon, 18, and Alabama, 16, as well as her 23-year-old daughter, Atiana De La Hoya (with boxer Oscar De La Hoya), all participated in the Italian nuptials. “It was a beautiful gesture to include my children in such a gorgeous affair,” she previously told Us in a May 26 statement, also wishing “the happy couple a lovely marriage.”

Following Barker and Kardashian’s surprise Las Vegas ceremony in April, Moakler also sent her congratulations to “the happy couple” via a statement to People. “I wish them the best that life has to offer on their journey together,” she said following the first of three wedding ceremonies.

Things weren’t always quite so amicable between the exes, though. After Kardashian and Barker began sharing several PDA photos on social media last April, Moakler seemingly shaded the couple. “Unlike some people, my relationship status isn’t based on social media posting... I’m happy on life not on IG,” she wrote in a since-deleted comment captured by BuzzFeed. At the time, the website also noted that the former model had also reportedly liked shady “Kravis” comments, including one that said, “Travis downgraded bigtime.”

Selling her engagement ring hasn’t been her first attempt at putting the relationship behind her, either. Last May, Moakler shared a video of her laser tattoo removal session to ditch the “Travis” ink on her wrist. “Don’t tattoo names on your body, kids,” she warned her followers in the May 2021 post. She later noted that Barker had also just put a skull tattoo over their initials on his hand — while Kardashian “lovingly looked on.”

Luckily, her ring shouldn’t be quite as painful to part with.