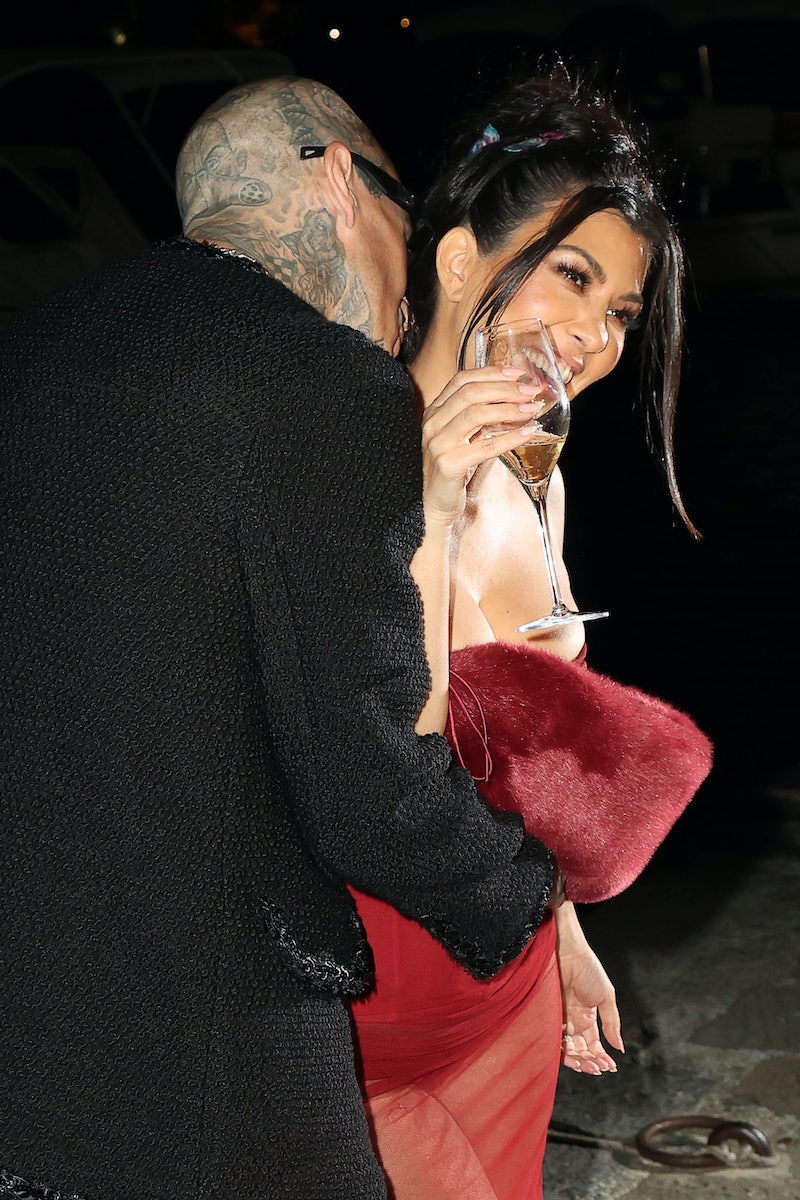 Kourtney Kardashian and Travis Barker’s Italian wedding finally happened May 22, E! News reports. According to the outlet, the “lavish” ceremony took place at the Castello Brown in Portofino, Italy — one week after the couple were legally married in Santa Barbara. Before the wedding, a source also told E! that Kardashian had “been in the best mood since arriving in Italy,” describing it as “her happy place.” (It is a pretty significant spot for the couple: last summer, they documented their Portofino getaway together, shortly after Kardashian whisked Barker away for his first flight since his 2008 plane crash.)

As for the wedding outfits? People reports that the bride and groom wore Dolce & Gabbana — not that surprising, since the family had been sporting looks by the fashion house all weekend (The Daily Mail even claimed that the entire wedding was a sponsorship deal “worth millions”). Kardashian’s dress was short, but her veil very long — and adorned with the image of Virgin Mary, per People.

The Zoe Report shared photos of Kris Jenner accompanying her daughter down the steps toward the altar, dabbing a tissue to her eye on the way. (Aw!!!) The closest look at the stunning gown, though, comes straight from the blended family — from one member, specifically. Barker’s daughter, Alabama, took to her Instagram story to share the first glimpse at Kardashian’s wedding dress and the luxurious ceremony — which, as People reports, featured a live performance by Andrea Bocelli, who also sang at Kim Kardashian and Kanye West’s 2014 wedding.

The 16-year-old first posted a selfie with the bride in her veil — then, a photo of Kardashian and Barker kneeling at the actual altar. (According to Brides, “[kneeling] before the altar to receive their nuptial blessing from the priest” is a Catholic wedding tradition.)

Later, Kardashian took to Instagram to share an official photo of the couple’s first kiss at the romantic altar, surrounded by roses and candles. “Happily ever after,” she wrote.

The wedding photos come hours after Kardashian teased the nuptials wearing another dress and veil — a black bustier ensemble with more of the Virgin Mary motif. “Here comes the ...” the Poosh founder wrote in her caption, alluding to the classic wedding song.

According to E!, one member of the extended family was not in attendance for the wedding weekend: Kardashian’s ex, Scott Disick. He was reportedly spending time in Los Angeles with Rod Stewart and his family during the festivities — and on May 22, posted that he was flying to an unspecified beach destination.