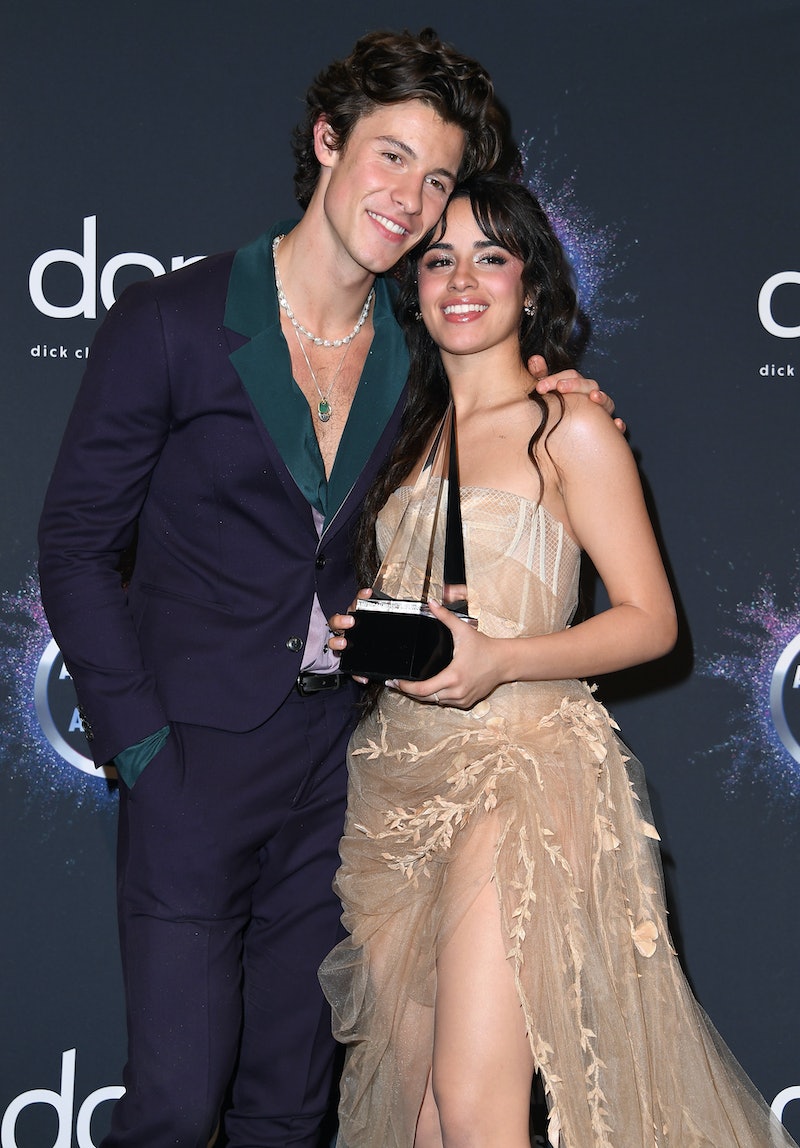 It’s two years for Shawmila. On Saturday, July 3, Shawn Mendes and Camila Cabello celebrated their second anniversary by posting photos from their romantic Caribbean getaway on Instagram. Mendes, who shared a photo of a kiss with Cabello, wrote, “Happy 2 years my baby.” Cabello also shared several moments from the trip on Instagram, including photos of the two splitting a piece of watermelon, sitting on the beach, posing near a colorful door, and enjoying dinner together. “Happy anniversary Kuko,” she wrote in the caption. “Here’s to more joy, more friendship, and more love.”

Cabello and Mendes, who have been friends since 2014, confirmed their relationship in 2019 after a paparazzi photo of them kissing went viral. The two recreated the kiss in an Instagram video that September. “So we saw on Twitter and stuff you guys saying stuff about the way we’re kissing and how it looks weird, like we kiss like fish,” Mendes said. “We just want to show you how we really kiss.” They went in for what looked like it would be a serious smooch, only for it to go off the rails, with Cabello even jokingly licking his face. Earlier that year, the two had sparked relationship rumors after collaborating on the single “Señorita” and performing a steamy rendition at the MTV Video Music Awards.

The couple, who often shares sweet moments together on social media, has been candid about what it takes to make a long-term relationship work. In June, Mendes opened up on Justin Baldoni’s Man Enough podcast about arguments with Cabello and how they inspire him to self-reflect. He described getting defensive when Cabello called him out for raising his voice. “I did raise my voice at her,” Mendes told Baldoni. “And then I felt her shrink and I felt me grow and I was like, ‘Oh god, this is the worst.’”

Mendes added that the argument led to the couple getting “in this massive conversation” where he realized he’s “so terrified of being evil” and “so scared to be bad.” The “Wonder” singer ultimately concluded that even if there is “bad inside” of him, he has to “just accept that that exists,” but there is also another part and they “just got to work together until eventually he gets worked in all of the trauma and all of the kinks get rubbed out of him and he’s OK.”

In November 2020, Cabello shared a candid post about her “beautiful and real and raw” relationship with Mendes on Instagram. The “My Oh My” singer wrote that relationships are not all “the happy blissful moments you see in pictures and videos” and require her to “confront my fears, my anxieties, my insecurities, my patterns of thinking, my beliefs about life and about myself.” Cabello noted that even though relationships aren’t always as idyllic as they seem online, “there’s nothing like the pull, the FORCE that is love” and how it “gives you the relentless strength to be braver, wiser, and better than you were yesterday.”

More like this
Meghan Trainor & Daryl Sabara Are Expecting Their Second Baby
By Jake Viswanath
Adam Levine & Behati Prinsloo Welcome Their Third Child Together
By Jake Viswanath
Hilary Duff's Husband Matthew Koma Has Her Name Tattooed On His Butt
By Jake Viswanath and Stephanie Downs
4 Surprising Celeb Throuples That Got The Internet Talking
By Sophie McEvoy
Get Even More From Bustle — Sign Up For The Newsletter
From hair trends to relationship advice, our daily newsletter has everything you need to sound like a person who’s on TikTok, even if you aren’t.