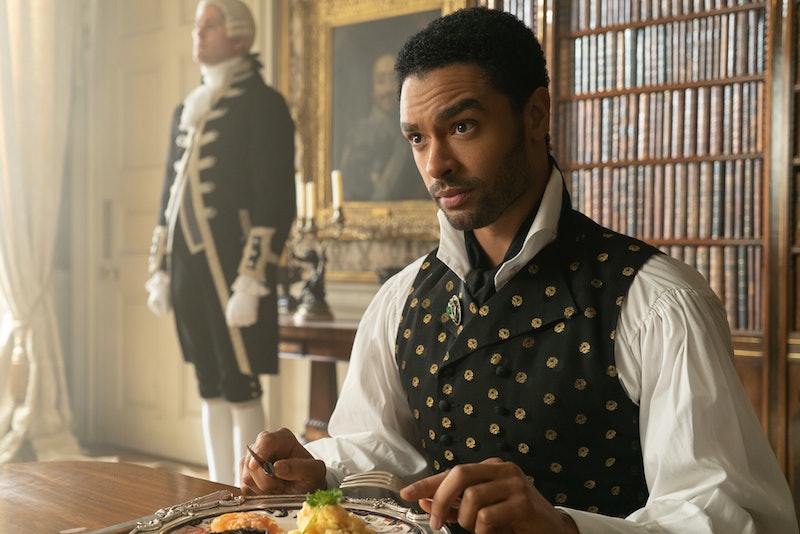 Netflix’s Bridgerton was a sensation as soon as it hit the streaming platform on Christmas Day 2020 thanks to its perfect blend of steamy scenes, period setting, and dramatic storylines. But it was the relationship between breakout stars of the show — Regé-Jean Page as Simon Basset, the Duke of Hastings, and Phoebe Dynevor as Daphne Bridgerton — that arguably had fans wholeheartedly invested.

Page quickly became a household name, turning a simple teaspoon into a wild object of desire. So when, in early April, Netflix and Shondaland announced that Page wouldn’t be returning for a second season as the Duke of Hastings, it sparked virtual (and maybe some literal) tears of grief across the internet. And executive producer and writer Shonda Rhimes has now revealed, she even considered inviting Page back following the dramatic backlash to his exit from the show.

Even though the second season of Bridgerton was always going to focus more on Anthony Bridgerton, the total absence of the fan favourite still came as a surprise for fans. After all, at the end of Season 1, Simon and Daphne had finally reached their happy ending. But Rhimes was surprised by this reaction, as she assumed that more people would be familiar with the structure of Julia Quinn’s Bridgerton romance novels, on which the series is based.

Nevertheless, Rhimes personally asked Page if he wanted to extend his Bridgerton contract after “everybody lost their minds” about him leaving. “Rightfully, he said, ‘I signed up to do this one lovely story, this closed-ended storyline. I’m good!’” Rhimes told Variety. “And I don’t blame him for that. I think that he was really smart to leave the perfection as the perfection.”

Rhimes, who is responsible for the heartbreaking romantic storylines such as #MerDer (Meredith and Derek) on Grey’s Anatomy and #Olitz (Olivia and Fitz) on Scandal, revealed that it was the plan all along for her and the show’s creators, Chris Van Dusen and Betsy Beers, to leave Simon and Daphne’s story as “happily ever after.”

“For once in television, they were going to get to have their happily ever after versus — well, you know!” she added. “In network television, you have to come up with 15 years of why a couple has to be apart.”