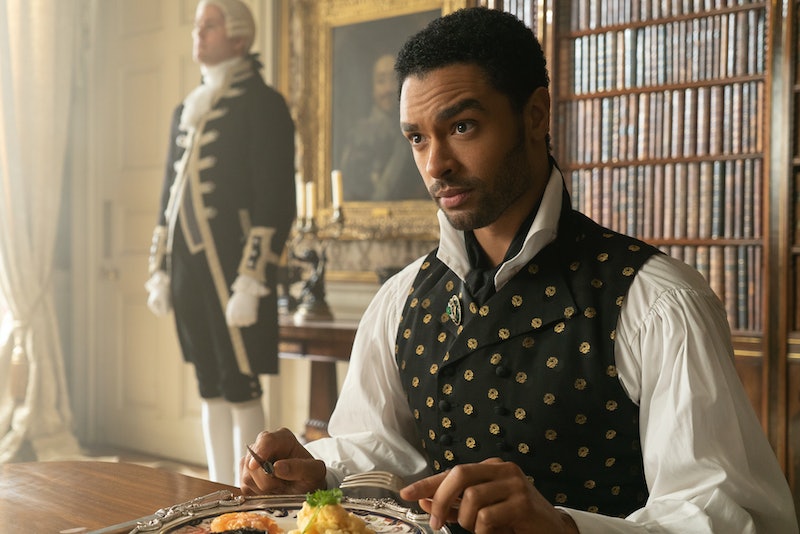 Ever since the series was released to Netflix in late 2020, Shondaland’s Bridgerton has remained a hot topic. Its ever-growing fanbase reportedly spans over 82 million households, according to the streaming service, and viewers are loving how the Regency drama has already been renewed for a whopping four more seasons. And considering it’s based on a series of novels by author Julia Quinn, it's expected that the show will be picked up for a full eight seasons to match the number of books in the series.

Each of Quinn’s books focuses on a different member of the elite Bridgerton family, so viewers will get to know each character in-depth onscreen. Season 1 followed Daphne Bridgerton, played by Phoebe Dynevor, as she entered the marriage market and subsequently began navigating a pseudo-relationship (that becomes real) with Simon Basset, Duke of Hastings, played by Regé-Jean Page. Both actors shot to stardom following the series’ release, with Dynevor earning a lead role in an upcoming Netflix period drama film titled The Colour Room and Page appearing as the host of a recent Saturday Night Live episode.

But with newfound fame comes more opportunities for breakout actors, and Page recently shocked fans by announcing that he will not be returning for Season 2, which will shift its focus to Anthony Bridgerton’s character. While we all mourn Page’s presence in Bridgerton, let’s reminisce on some of his character’s most memorable quotes from Season 1.

More like this
'Bridgerton' S3 Teases Exciting Social Season For Penelope Featherington
By Bustle
The First Trailer For 'That '90s Show' Includes So Many Nods To The Original Series
By Jack Irvin, Alyssa Lapid and Grace Wehniainen
17 Photos Of The 'Wednesday' Cast Vs. The 1991 'Addams Family' Cast
By Grace Wehniainen
13 Standout Quotes From Netflix’s Harry & Meghan Documentary
By Jake Viswanath and Sam Ramsden
Get Even More From Bustle — Sign Up For The Newsletter