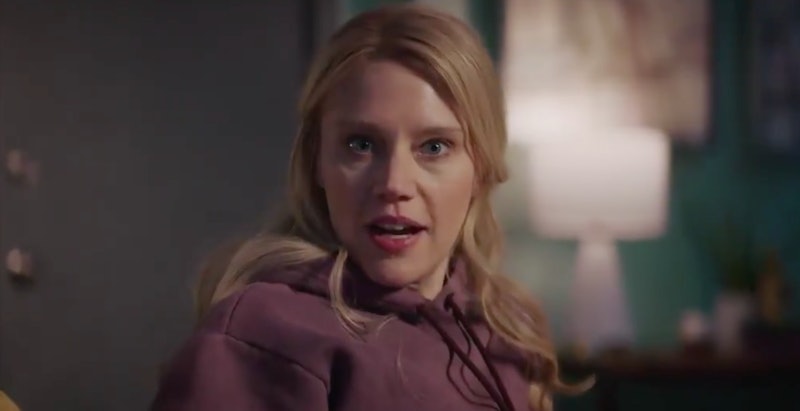 If you also spend your relaxation time watching grisly true crime shows, then you probably felt super seen by the Saturday Night Live "Murder Show" sketch. Kate McKinnon, Chloe Fineman, Ego Nwodim, and Melissa Villaseñor teamed up to sing a catchy song about the casualness with which people watch true crime these days.

The lyrics poked fun at how there are such gruesome events going on in the shows, but people often watch while doing mundane things like folding laundry, chatting with mom, and even eating pizza. At one point McKinnon sang, "A body builder chopped up an old lady. I watch it while I text my sister about her baby."

True crime shows have become such a ubiquitous part of our lives (and as pointed out in the song, they're on just about every network) that it does sometimes seem like we have become a little desensitized to the actual content. Who would have thought that sometimes the highlight of the week would be making it to Friday to unwind by sitting down with takeout in front of the latest Netflix murder documentary? Oh, and don't forget the true crime podcast genre. The SNL sketch sure didn't, with the lyric: "And as soon as I'm done, I listen to a podcast about the same guy as the show I just watched. 'Cause now I'm fully down the rabbit hole."

Toward the end of the sketch, host Nick Jonas appeared to remind everyone that there's an equally fascinating genre of television to explore in addition to murder shows — cult shows. Then there was a scene of him playing volleyball as the ponytailed NXIVM leader Keith Raniere. Villaseñor also tried to take the song in another direction to include her love of baking shows, which is another genre of television that seems to have soared in popularity lately. What can we say? Some of us love true crime, cult shows, and soothing baking series. We have layers.