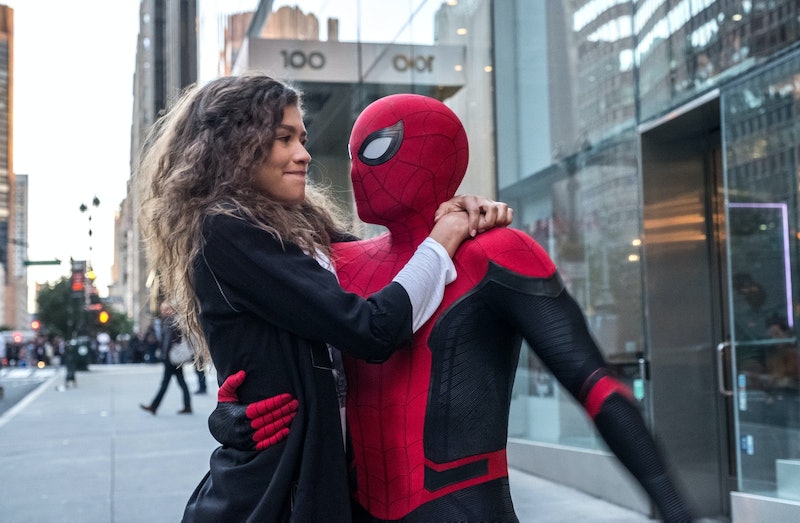 With Spider-Man: No Way Home hitting theaters in December 2021, fans are once again worrying about the beloved superhero’s future in the Marvel Cinematic Universe. They have reason to fret: In 2019, Spider-Man briefly left the MCU due to studio negotiations — and then almost immediately came back. Tom Holland, who plays the current iteration of Spidey (not to be confused with Tobey Maguire’s, or Andrew Garfield’s), has been vocal about loving his role in the MCU, and publicly admitted that he was devastated when he heard about the brief breakup.

Holland’s contract is up after No Way Home, which means there will be renewed negotiations. So will Spider-Man leave the MCU again, after such a successful run at Marvel Studios? In short, probably not — but it might still get complicated. Here’s what to know.

At one point, Spider-Man almost left the MCU.

The ownership of Spider-Man is complicated: Disney and Sony share the rights to the character, with Sony owning filmmaking rights and Disney owning merchandising rights (though Disney now also has some temporary streaming rights).

This arrangement was threatened in 2019, when a “dispute” took place between the two companies, per Deadline. This culminated in the news that Kevin Feige would no longer produce any more Spider-Man films, thus ending the character’s presence in the MCU. The disagreement was reportedly about money: Disney had proposed that the two companies co-finance the movies going forward, and Sony had not agreed to those terms.

One month later, Spider-Man was back in the MCU: Sony and Disney struck a deal “whereby Disney/Marvel would co-finance 25% of a third Homecoming movie for a 25% equity stake,” according to Deadline. “Spider-Man is a powerful icon and hero whose story crosses all ages and audiences around the globe,” Feige said in a statement at the time. “He also happens to be the only hero with the superpower to cross cinematic universes, so as Sony continues to develop their own Spidey-verse you never know what surprises the future might hold.”

When it seemed like the character might leave the MCU, fans were devastated — as was Holland. He admitted that he wept on the phone with Disney CEO Bob Iger, the actor revealed on Jimmy Kimmel Live! “I was really emotional because I felt like it was all coming to an end,” Holland explained. But even if the split had taken place, all was apparently not lost, Holland told MTV UK last year.

“The future of Spider-Man was still very bright with Sony and we had a really, really wonderful idea how we could sort of transition into a Spider-Man without the MCU, and Tom Rothman and Amy Pascal were really confidant that they were gonna do justice and make a film of the caliber that Spider-Man requires,” he said, quickly adding, “But, that said, I’m really glad to be back in the MCU and to have the team back together, because I kind of feel like it’s where he belongs now.”

Will Spider-Man leave in the future?

Holland’s contract is up after Spider-Man: No Way Home, but he’s indicated he’ll play the character as long as producers want to keep him around. “If they want me to make 10 Spider-Man movies, you better believe I will be there,” he told USA Today.

Encouragingly, Sony and Disney also signed an agreement in April 2021 that will allow both new Sony properties and titles from the company’s back catalogue — including the Spider-Man movies, as well as films like Jumanji and Hotel Transylvania — to join Disney+. (Admittedly, all new films will first be released in theaters, and then stream exclusively on Netflix for a pre-determined window, but they’ll become available on Disney+ after that.) “This gives Disney enormous programming potential across its platforms and makes them key destinations for a robust collection of Spider-Man films,” read the official announcement. All this paves the way for more collaboration between Disney and Sony.

More like this
Chris Hemsworth Joked That Baring His Butt In ‘Thor: Love And Thunder’ Was A “Dream”
By Brad Witter
Everything You Need To Know About The 'Knives Out' Sequel
By Grace Wehniainen
The 'Hocus Pocus' Sequel Finally Has A Release Date & It Makes Total Sense
By Shannon Barbour and Radhika Menon
Everything To Know About 'The Hunger Games' Prequel Movie
By Grace Wehniainen and Radhika Menon
Get Even More From Bustle — Sign Up For The Newsletter