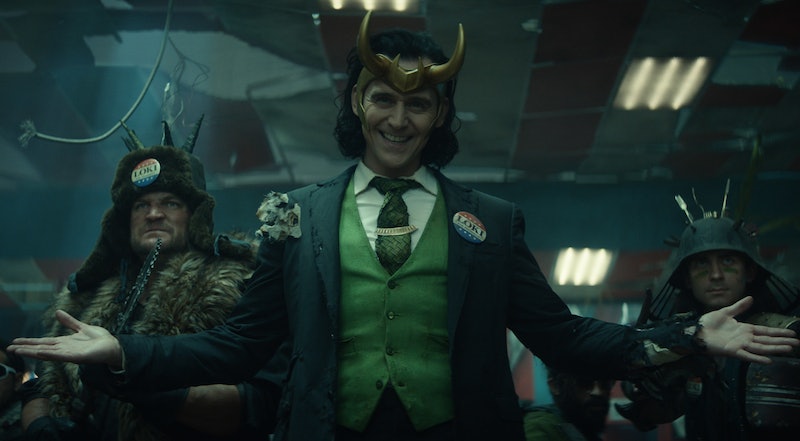 WandaVision and The Falcon and the Winter Soldier are far from the only Marvel shows set to grace your small screen this year. Now fully into what the company calls “Phase 4” of the Marvel Cinematic Universe, there are a number of Disney+ TV projects in the pipeline as well as several movies. If the current schedule holds, we could be getting as many as four new TV series in 2021 alone.

“We are developing all of these shows the way we’re developing our movies,” Marvel Studios president Kevin Feige explained at the Television Critics Association winter press tour in February. “In other words, when we start with a movie, we hope there’s a part two, we hope there’s a part three — but we aren’t factoring that into part one. We are trying to make something that hooks people enough and that people enjoy enough and want to revisit enough so they want to see to see the story continue.”

Marvel’s current slate of shows will connect to the MCU movies, which include Black Widow, Shang Chi and the Legend of the 10 Rings, Eternals, and Spider-Man: No Way Home. Here’s everything we know so far about all of the upcoming series, and how they could eventually feed into the movies.

Tom Hiddleston will reprise his role as Loki in this titular project. His character isn’t the more mature Loki from Thor: Ragnarok though, as that version was killed by Thanos at the start of Avengers: Infinity War. Instead, the show follows 2012 Loki, who zapped away with the Tesseract when the Avengers botched their time heist during Avengers: Endgame. Feige described the series as a “crime thriller” to IMDBrief.

This will be the first animated series set within the MCU. It’s an adaptation of the What If? comics anthology, which was first published in 1977. Just as it says on the tin, the show will explore a number of alternate realities and possibilities. What if Peggy Carter had taken the Super Soldier Serum, or Loki wielded Mjolnir instead of Thor? Jeffrey Wright will voice Uatu/The Watcher, the narrator of this universe. It’s not yet clear if the series will affect the rest of the MCU or if it’s just for fun.

Kamala Khan’s Ms. Marvel comic was a hit when it debuted in 2014, so it’s no wonder that Marvel is eager to introduce the character into the MCU. Kamala is a Pakistani American teen with shapeshifting abilities, and she later learns that she’s an Inhuman (yes, like the ones in the terrible ABC Inhumans show that got canceled). In the comics, Kamala is bestowed the Ms. Marvel mantel by Carol Danvers’ Captain Marvel; we’ll have to see if the MCU changes that. Newcomer Imani Vellani will play Kamala, and she’s also set to appear in Captain Marvel 2 — now titled The Marvels.

Clint Barton (Jeremy Renner) is retiring, but he’s training a new protege in Hawkeye. There’s no trailer or a synopsis yet, but the series has been filming all around New York. Hailee Steinfeld is playing the lead role of Kate Bishop, who first appeared in the 2005 Young Avengers comic as the first woman to take on the Hawkeye mantle. In the comics, she’s initially drawn to archery after being brutally attacked in a park — a storyline the MCU will probably change.

Described by Feige as a “half-hour legal comedy,” this series will focus on Jennifer Walters, Bruce Banner’s cousin in the comics who gains the same Hulk powers after receiving a blood transfusion from him. As the comics explain, she retains all of her intelligence in her She-Hulk form because she was never exposed to radiation like Bruce. As a result, she prefers to just stay in the Hulk form, enjoying the confidence and power it gives her. As one of the best attorneys in New York, she even practices while fully green and nearly seven feet tall.

Not much is known about the series, but Orphan Black’s Tatiana Maslany will play She-Hulk. Mark Ruffalo will also appear as Hulk.

Not much is known about this project beyond that Oscar Isaac is playing the titular hero. Moon Knight, aka Marc Spector, has often been compared to DC’s Batman: he’s a millionaire with sharp detective skills and a bunch of gadgets. But he’s also operated under a number of alter egos, and he eventually became the avatar for the Egyptian moon god Khonshu. He gains strength, endurance, and faster reflexes, but the amount depends on the phase of the moon.

The Guardians of the Galaxy Holiday Special

Just as it says, this will be a short TV special that will likely show how the Guardians celebrate the holidays. We don’t know much more than that, but in response to a fan’s tweet, Gunn did confirm that this will take place between Thor: Love and Thunder and The Guardians of the Galaxy 3 movies.

Samuel L. Jackson and Ben Mendelsohn head up this series as Nick Fury and the Skrull alien Talos. Per Deadline, the show will follow a faction of shape-shifting Skrulls who have been infiltrating Earth for years. This was first seen in Captain Marvel and then in Spider-Man: Far from Home, where it was revealed at the end that the Nick Fury who Peter Parker interacted with was, in fact, Talos in disguise.

Iron Man may have died at the end of Avengers: Endgame, but there’s a young woman ready to take up the mantle. Introduced in the comics in 2016, Riri Williams is a teen engineer who designs a suit similar to Iron Man’s. Impressed by her accomplishment, Tony Stark takes her under his wing and she becomes the hero Ironheart. If Beal Street Could Talk’s Dominique Thorne will play Riri.

Don Cheadle will reprise his role as Rhodey, aka War Machine, in this series. With Tony Stark gone, the show will likely explore how he handles being the protector of the Iron Man technology. And considering it will probably come out around the same time as Ironheart, we can expect the two series to overlap as both Rhodey and Riri grapple with Tony’s legacy.

On May 27, Deadline reported that Danai Gurira will reprise her role as General Okoye in both the upcoming Black Panther: Wakanda Forever film and in an original spinoff series. We don’t know much else beyond that, and a lot will depend on how the film deals with the Black Panther mantle in the wake of Chadwick Boseman’s death.