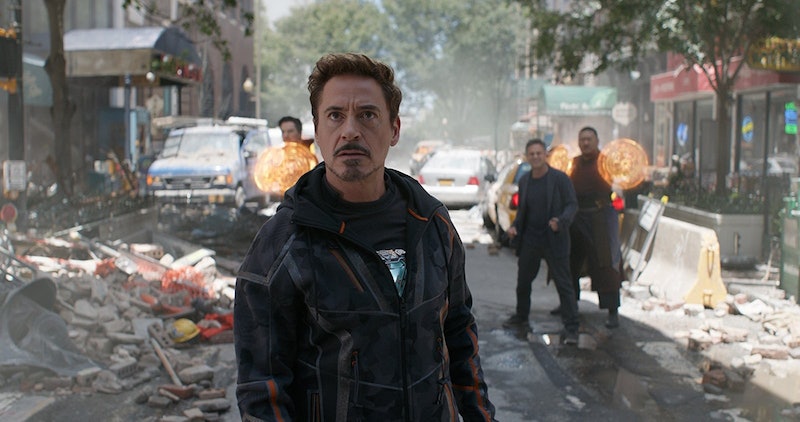 Over the past decade, the Marvel Cinematic Universe (MCU) has completely revolutionized the entertainment landscape. The film franchise based on Marvel Comics characters is by far the most lucrative in history, and can claim five of the top twelve highest-grossing movies ever as its own. With its unprecedented number of interweaving of films and recurring characters, Marvel Studios has changed how movies are made, spawning Hollywood’s ongoing (and often ill-advised) “cinematic universe” craze.

And much like the real universe, the MCU is always expanding. With more movies — and now Disney+ TV shows — in the pipeline, the MCU is winning over many longtime holdouts, who are now finally ready to make their way through Marvel Studios’ extensive back catalogue. But what is the best way to watch the MCU movies in order?

How To Watch Marvel Movies In Release Order

The most obvious way to make it through the MCU, and probably the most popular, would be to watch the movies as they were released. Each installment in the franchise has been carefully planned, and rolled out strategically in phases (currently, they’re working through Phase 4), so it makes a lot of sense to watch them as Marvel and its studio head, Kevin Feige, intended. And since the MCU recently began releasing TV shows on Disney+ that tie directly into new films and vice versa, series like Loki and WandaVision are now also required viewing for MCU completists. So with that in mind, here is the order in which the MCU films and series have been released:

How To Watch Marvel Movies In Chronological Order

The other obvious way to tackle the MCU is in chronological order — which is indeed different from their release order. Some films have been set in previous decades (see WWII-era Captain America: The First Avenger), while others take place in the recent past (this summer’s Black Widow is positioned between 2016’s Captain America: Civil War and 2018’s Avengers: Infinity War). Approaching the MCU makes sense on the surface, but it doesn’t always hold up to scrutiny. Many films take place around the same time, and others jump timelines a bit, leaving space for a few small contradictions in the overall narrative. But even with those caveats, a chronological viewing of the MCU can still be done, and it will mostly make sense. Here’s how to do it:

The bulk of the franchise takes place between 2008, when Iron Man introduced himself to the world and kicked off the modern superhero age (both in Marvel’s fictional universe and in Hollywood), and 2023, when Avengers: Endgame and its aftermath are set. Two big exceptions are Captain America: The First Avenger, which tells the titular hero’s origin story during World War II, and Captain Marvel, which does the same for its eponymous star in the 1990s. Notably, Loki takes place outside the timeline — that’s kind of the whole point of the series — so there’s no real logical place to put it but the end. And although Loki looks like the exception right now, given the linear nature of the MCU up to this point, it’s likely a sign of things to come.

As the MCU begins Phase 4, all signs are pointing a much messier timeline. With Loki’s introduction of the multiverse and time-traveling supervillain Kang the Conqueror (Jonathan Majors), it’s looking like the franchise’s stories are going to get a lot more complicated. Throw in the upcoming Disney+ animated series What If... ?, which is all about alternate universes; this year’s Spider-Man: No Way Home, which fans theorize will feature alternate versions of Spider-Man and villains from prior Sony Pictures films; 2022’s Doctor Strange and the Multiverse of Madness, which has the word “multiverse” right in the title; and 2023’s Ant-Man & the Wasp: Quantumania, which will feature Kang as a villain, and you’re looking at a whole lot of branching storylines. Sacred timeline, no more.

How this approach will ultimately affect the whole of the MCU remains to be seen. While alternate universes obviously open up infinite storytelling possibilities, they also remove stakes and make it harder to become emotionally invested in characters. After all, if there are infinite versions of your favorite character all living different (if related) lives, does it really matter if they defeat the bad guy at the end of the movie?

Still, the MCU has managed to pull off plenty of big risks so far, so it’s anyone’s guess how Phase 4 will turn out. But either way, things are about to get more complicated, so now’s the time to get caught up — however you decide to do it.

More like this
You Definitely Know The Voice Of Shuri's AI In 'Black Panther: Wakanda Forever'
By Brad Witter
Idris Elba "Breaks Out" Of London In 'Luther' Film First Look
By Sam Ramsden
The 'Love Actually' Reunion Is Missing A Major Player
By Bustle UK
'Avatar 2' Now Has A Teaser Trailer & Release Date
By Jack Irvin and Alyssa Lapid
Get Even More From Bustle — Sign Up For The Newsletter