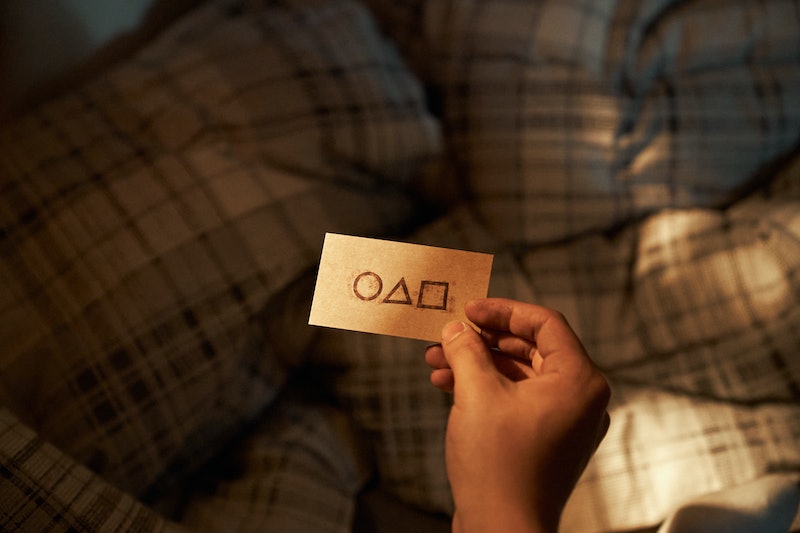 With tens of millions of satisfied viewers already having watched Squid Game — whether using subtitles or dubbed audio — every little detail in the show has been caught and analyzed. But one man in South Korea is completely unsatisfied after Netflix incorporated his phone number in an episode, resulting in thousands of people calling and texting him.

In the first two episodes of Squid Game, a suspicious character played by actor Gong Yoo hands out business cards to cash-strapped citizens he believes may want to take part in a tournament of games. As a persuasive recruiter, he explains that if they sign up, they could win millions of dollars. He makes sure to only select those who are desperately in need of money to pay off debts. However, at this point, they don’t know how deadly the tournament is.

Visible on the business cards is a real phone number belonging to business man Gil-Young Kim, who lives and works in Seongju in North Gyeongsang Province, South Korea. Thus, Squid Game has made his life a living hell ever since it debuted worldwide on Sept. 17. He has been inundated with viewers calling and texting him non-stop, with many telling him they want to participate in the fictitious grim tournament. He told a local media outlet that he received 4,000 calls and texts in a single day, with no immediate relief in sight. Things have reportedly gotten so bad he has had to start taking sleeping pills due to receiving messages and calls at all hours.

He is unwilling to change his number because he has been using it for his work for a decade and changing it would harm his business. While the entire situation has certainly caused the unsuspecting phone user much grief, there may be a reconciliatory payday coming his way. Netflix and the production company behind Squid Game are now in talks with him to compensate him financially, but it seems the offers haven’t been very impressive. The phone owner states that the firms first offered him a measly $847 but then upped the total to roughly $4,200.

In addition to those offers, a man who is currently running for president of South Korea has also made it known that he would like to help him out. The South China Morning Post reports that Huh Kyung-young, the honorary chief of the National Revolutionary Party, who recently announced his bid for the top job in the country, is now in the running for the phone number itself. On his Facebook, he apparently offered a whopping $85,000 for his digits.

At some point, the creators and producers behind Squid Game may even find themselves in legal trouble in South Korea, though it seems nobody is sure if they actually broke any laws. Money Today reports that the inclusion of the man’s phone number may violate Article 59 No. 3 of what’s called the Personal Information Protection Act, which “prohibits damage, loss, alteration, forgery, or leakage of other people’s personal information without legitimate authority or exceeding the permitted authority.” An attorney told the publication that “it is difficult to make a conclusion because there is no clear precedent, but it could be a violation,” of the statute.

While he has been through a lot due to this unfortunate occurrence, it looks like he may soon see some good come his way. At least he’s going to earn his money easier than those in Squid Game.

More like this
The First Trailer For 'That '90s Show' Includes So Many Nods To The Original Series
By Jack Irvin, Alyssa Lapid and Grace Wehniainen
Is Blake Lively Or Penn Badgley The Richest 'Gossip Girl' Star From The OG Series?
By Hugh McIntyre
The ‘Emily In Paris’ Season 3 Trailer Teases Major Career & Love Crossroads For Emily
By Bustle Staff
Theo James Revealed The Truth About His 'White Lotus' Nude Scene & Fans Can't Cope
By Stephanie Topacio Long
Get Even More From Bustle — Sign Up For The Newsletter