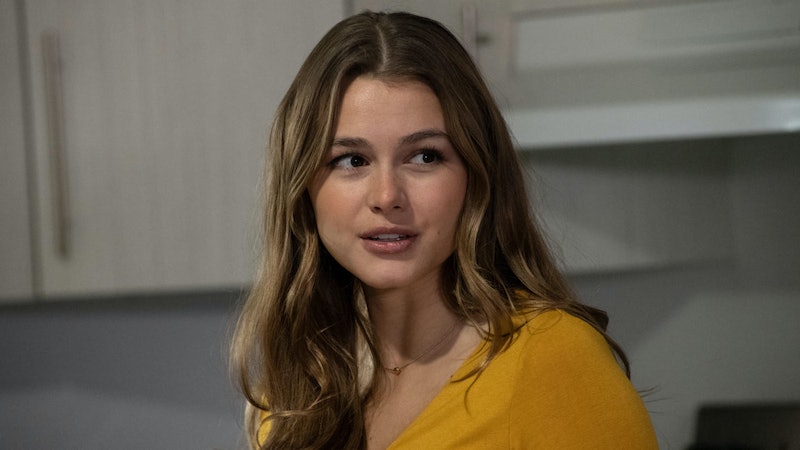 If you’re the protagonist in a Lifetime movie, then the chances are pretty good that someone is stalking you. In recent years, fans have seen the network churn out a number of films that concern various types of stalkers. These include the movies Stalked By My Patient and Stalked By a Reality Star. And Lifetime’s latest stalker movie, Obsession: Stalked By My Lover is just the latest in the sub-genre. But is Stalked By My Lover is based on a true story?

Generally speaking, Lifetime is not shy when it comes to telling fans that their movies are based on true stories. From straight true crime dramatizations like Oscar Pistorius: Blade Runner Killer and Who Killed JonBenet?, to films which were inspired by true events like The Pregnancy Pact and Terror in the Woods, Lifetime is always up front in their marketing that these films come from a real place.

When looking at the official synopsis for Stalked By My Lover, however, you’ll see that no such declarations of reality are made:

“When 20-year-old Madison Turner’s roommate situation falls through, she is forced to quickly find a new one. Using a roommate finder app, Madison chooses 20-year-old Blake Collins – attractive and charismatic, who offers to pay 3 months’ rent up front. Madison and Blake hit it off, and their friendship soon turns romantic. What Madison doesn’t know is that Blake is now using Madison and her wealthy sister Evie to pull off the ultimate score that will set him up for life. When Madison and Evie discover that Blake isn’t who he says he is, Madison begins to dig into Blake’s past. When she learns of Blake’s big score, and that he’s willing to go to dangerous and deadly means to make it happen, she finds herself locked in a treacherous game of cat and mouse.”

It doesn’t look like Stalked By My Lover is based on a true story, because Lifetime almost certainly would have told us if it were. However, unlike some of the network’s more outlandish films, the movie’s plot is not terribly far-fetched. There have been numerous cases of roommates met online who turn out to be dangerous. In one case from Miami in 2016, a woman named Danielle Cabo Jones placed an ad on Craigslist looking for a new roommate. She found one in a man named Byron Mitchell, who quickly moved in. After just a week of living together, Mitchell allegedly attacked Jones and nearly killed her, causing her to fall into a coma for 24 days. He was sentenced to life in prison for attempted murder in 2019, according to The Washington Post.

There is always a risk when finding a stranger online to live with you, and while the story depicted in Obsession: Stalked By My Lover is certainly an extreme example of that, it is by no means unrealistic.

More like this
Gerard Butler Insisted On Adding This Pivotal Scene To 'Plane'
By Catharina Cheung
Jemima Khan Used Her Own Life As Inspo For 'What’s Love Got To Do With It?'
By Darshita Goyal
Kukulkan From 'Wakanda Forever' Has A Surprising Connection To Marvel History
By Grace Wehniainen
What Is Mary J. Blige’s Net Worth? The 9-Time Grammy Winner Is Doing “Just Fine”
By Hugh McIntyre
Get Even More From Bustle — Sign Up For The Newsletter
From hair trends to relationship advice, our daily newsletter has everything you need to sound like a person who’s on TikTok, even if you aren’t.